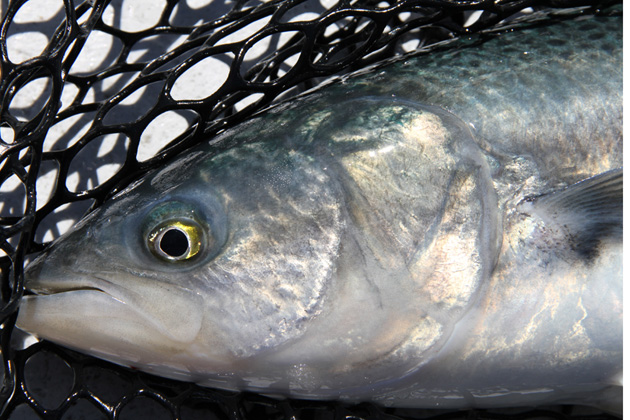 Canterbury is renowned for freshwater fishing. In the summer, fly-fishing for trout and whitebaiting are popular with many anglers.

Whilst the fishing is spectacular in summer - the trout season slows at the end of April. Winter is still a great time to explore new locations and techniques. Low flows in winter allow you to get a good look at the streambed and any potential fish-holding lies.

Rainbow trout are a lot more active than brown in the lakes over the winter months and are a better candidate for the lake angler. Unlike browns, which spawn in winter, rainbows spawn later on in spring, so they still tend to actively feed over the winter.

Salmon fishing in the East coast rivers such as the Rakaia, Rangitata and Waitaki rivers gets underway in January and some excellent ser-run slamon are caught by anglers fishing the river mouth and further up these snow-fed rivers that run out through the canterbury plains to the Pacific ocean. Kaikoura: A Canyon of Opportunity

With the underwater topography dropping off from a few metres to over 1500 just a stone's throw from the shore, Kaikoura is a fishing, diving and... Read More > About 800km to the east of mainland New Zealand lie the remote Chatham Islands. One thing you will often hear the locals say is “you’ll never... Read More > Christchurch has a diversity of landscape features, many of which provide unique fishing opportunities, writes Peter Langlands.... Read More > How to catch kingfish in Canterbury As meaningful fishing targets become fewer with the passage of time, Mark Kitteridge is making a concerted effort to tick off some of the remainder.... Read More > Possessing over 320 kilometres of coastline and over sixty bays, Banks Peninsula comprises over half of Canterbury’s coastline – so no wonder Peter Langlands wants to... Read More > Trout fishing in the Tekapo Canals

The rewards are there to be taken, but Greg Morton finds his monster canal-trout apprenticeship may not yet be complete… A couple of issues ago I... Read More > It might seem overly handy to a populous area, but Peter Langlands believes Pegasus Bay has even more to offer than is commonly believed… ... Read More >