Rob Fort has caught his fair share of big fish from his kayak, but that's not why he's persisted with this craft for so many years. It's the kayak fishing lifestyle which keeps him coming back for more, and he has no shortage of reasons as to why others should make the change.

New Zealand has one of the highest percentages of water sport users, with many choosing to target fish and seafood as part of this. It is clear that Kiwis love heading outdoors and gathering food for the table. However, the drive to be a successful hunter and gatherer goes much deeper than just catching dinner. My quest for adventure through fishing, diving and hunting in the outdoors has certainly had a major influence on the directions I’ve taken in life. Since being introduced to fishing and spearfishing as a child by my dad, I’ve had a bond with the ocean, and this bond has governed many of my lifestyle choices.

This journey has taken me on countless adventures, but some events are more memorable than others – like an XOS snapper caught while landbased fishing at Great Barrier Island. The fish made the experience unforgettable; however, the journey to catching it is what made it even more epic. The trip started with my mates and I leaving our car and walking seven kilometres through a bush track that finished with a cliff descent to the rocks below. It was a twenty-four-hour affair, and during this time, we soaked our big baits in the ocean while watching the ever-changing landscape. The fishing was pretty average, although we did catch a few. At night, we spent our time talking around a small fire, and when we did try to sleep, it was with one eye open. Our attention remained focused on the rod tips, always waiting for that sign of interest from a fish. Time went quickly, and before we knew it, the trip was almost coming to an end. While we were packing up, something showed some interest in the fresh slab of kahawai cast out for the last time. After three decent runs, the hooks were set, and the battle was on. I managed to pull it over the foul ground in only six metres of water, and the snapper soon appeared at the edge of the rocks. The long hard climb back up the cliff was made harder by the extra weight, yet the achievement gave us the strength to finish the rest of the journey back to the car.

I have enjoyed so many outdoor adventures like this and probably the one thing that makes them stand out is a certain element of ‘extremeness’. The sensation you experience is hard to describe and much more than a standard adrenaline rush. Getting into the wild parts of nature is part of the key to unlocking this feeling, and today’s modern world has provided us with the equipment to do so. The advances in technology during my lifetime have really assisted many with their own adventures – and one of them really changed my life forever.

A while back, I started looking for a watercraft of my own. At the time, my personal situation meant I was after something that was affordable to purchase and had very little ongoing costs for maintenance. It also had to be diverse and act as a double and solo vessel. A sit on top kayak ended up being the choice, and it’s still one of the best decisions I’ve made. Since purchasing that first kayak, my spearfishing and fishing adventures have gone to a new level. The obvious benefits, like greater access to the coastline and cheaper running costs, are just the tip of the iceberg. Kayaks also allow you to approach fishy waters undetected because they move through the water silently. Then there are the benefits to your body – both paddling and pedalling make for great exercise. The kayak’s peaceful nature also allows you to get closer to the environment and its living creatures. Being out on the water has allowed me to have some close-up encounters with wildlife, resulting in an even greater appreciation for nature. The kayak has provided one of the best platforms to explore the coastline for spearfishers.

The kayak has also provided me with plenty of new fishing options. Shallow water zones with foul ground are definitely areas of coast where the kayaker rules supreme over boats, which often can’t access these places safely. My spearfishing experience showed me what can be found in these places. It’s ironic that during my time fishing prior to purchasing my kayak, I cast as far away from the shore as I could, and now on the kayak, I cast towards it.

Fishing with artificial lures like soft-baits has made kayak fishing only more effective. The kayak is especially suited to lures and its stealth-like nature assists with the angler’s ability to present them. As a result, you are more likely to find success using lures on the kayak because fish haven’t detected any unusual sound so are less suspicious. Big fish are renowned for being much harder to catch because of their cautious nature and will often shy away if something isn’t right. Since taking up kayak fishing, the number of big snapper I’ve landed has increased, with many reaching the twenty pound mark. The kayak has taught me more about fishing my feet. You don’t need to go far to find everything you’re looking for as there are usually good fish concentrations not far from the launch site. 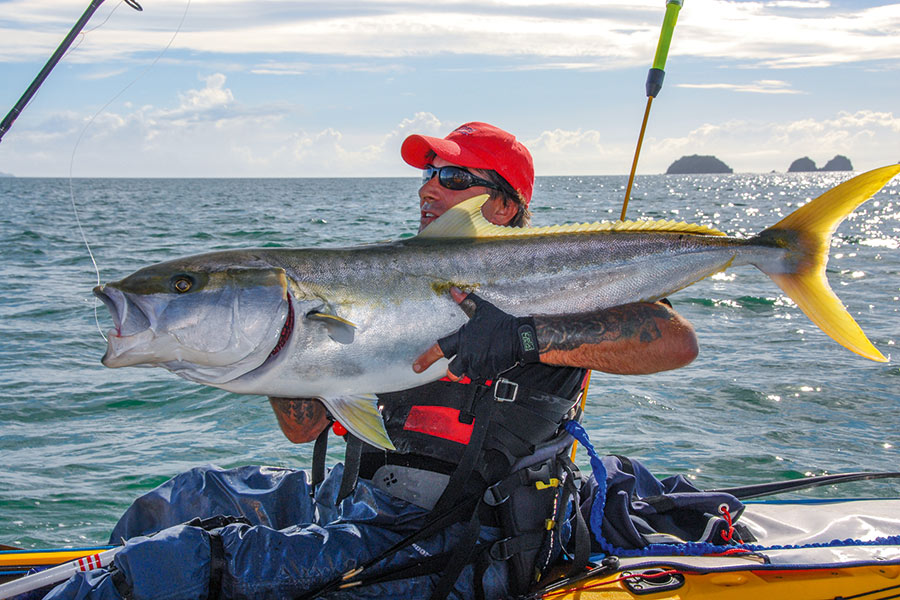 The 'stealth' aspect of kayaks is a massive advantage when targeting big fish.

Now, all of my fishing and diving involves the kayak. It’s so easy to take with me wherever I’m headed, and I’ve had adventures all over the country. With my kayak in tow, I’ve gone as far as the Three Kings, which means using a mothership to reach the location (fifty nautical miles off the tip of New Zealand’s North Island), and the Chatham Islands.

The lure of adventure and that epic catch has certainly contributed to my kayak addiction, but there are still other areas which have made kayaking so attractive. Kayak fishing related activities have had a massive impact on my wellbeing and given me much needed time out from the busy world we live in. The importance of this has never been more evident on a personal level – but there’s also the rest of the world to consider. Climate change is something that needs to be taken seriously. Burning fossil fuels is a part of the problem, and this is something the kayak doesn’t do. For anyone conscious of their impact on the earth and their carbon footprint, it’s an attractive option. 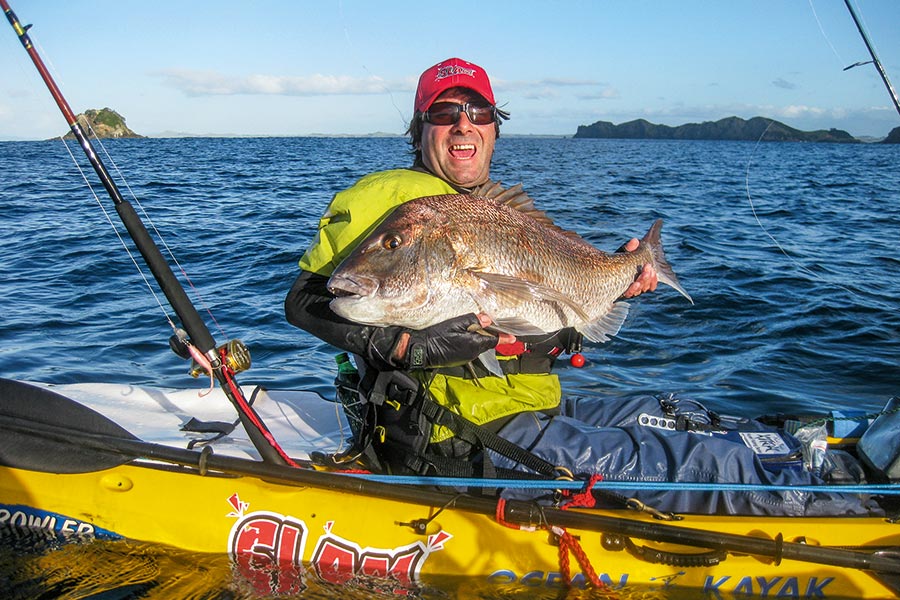 The kayak/lure combination has proved extremely effective for landing snapper over 20lb.

With so many reasons to use kayaks, it’s not surprising to read about them becoming the most popular watercraft according to Maritime NZ. During three decades of use, kayaks have continued to satisfy my need for adventure and my addiction to fishing and diving. The benefits of getting outdoors are clear, and the kayak offers everyone the opportunity to get out and enjoy nature. As long as the body allows it, a kayak will continue to be my watercraft of choice. Using the kayak has been life-changing and I hope to still be using one well into my later years. 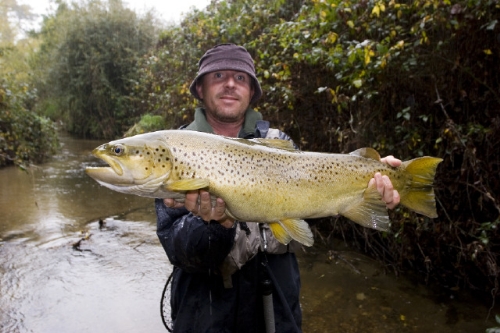