With summer nearly here, Darren Shields reminds us to harmoniously share our waters, whether you’re on or under them...

The ocean is becoming a very busy place. Fish stocks are taking a hammering, boat ramps are overflowing and one’s favourite spots are no longer a secret.

For a diver, the increase in boats on the water with drivers who don’t understand what a dive flag or marker float is makes for dangerous times. The number of incidents of divers and boats having close encounters at various popular dive and boating spots around the country reported online is concerning.

When it comes to boating around divers, or diving around boaties, it is a two-way street to ensure we can both enjoy our coastlines.

As divers, we know we need to fly legal-size dive flags which can be easily seen around your vessel. Many divers also fly smaller dive flags from floats and float boats on tow ropes.

As boaties, we need to remember that when travelling within 200 metres of any dive flag, you must slow down to five knots. Unfortunately, with boaties having the upper hand in any potential encounter, this rule is often forgotten, resulting in some very close calls.

Recently I experienced a person on a PWC (personal watercraft) veer towards me at full speed, to come alongside and check out my float boat. When this clown finally realised there was a diver attached to it, he didn’t slow at all, but just sped off, never giving me or my dive buddies another glance.

Now the issue with this is that there were several of us with floats. One diver was down and he could have surfaced anywhere, but the PWC user didn’t seem to understand this.

I guess I’m writing this piece not so much for divers, but to try and help anyone who ventures onto the ocean understand the risks that arise when you do not abide by the laws. When a dive flag is displayed, a diver could be anywhere in the vicinity of that float of flag and could surface without warning. 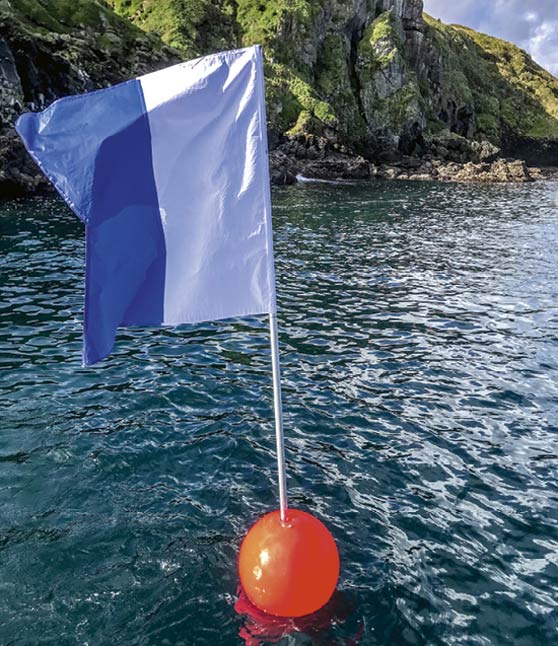 When underwater, divers can hear boats coming, but if you are out of breath, you need to get to the surface. You have no option but to run the gauntlet and hope the boat speeding your way is not going to run you over. I have experienced this situation countless times and it is very scary! Fortunately, so far, I have come out unscathed, but others have not been so lucky.

There have been four incidents in the last few years that I know of where divers have been badly injured by irresponsible boat drivers. I know one of the guys who had his arm broken and his head split open. He was lucky not to be killed.

He was run over by a couple in their new boat taking their child out for a ride. The diver was towing a float with a flag not far from the coast – it could have been any one of us. 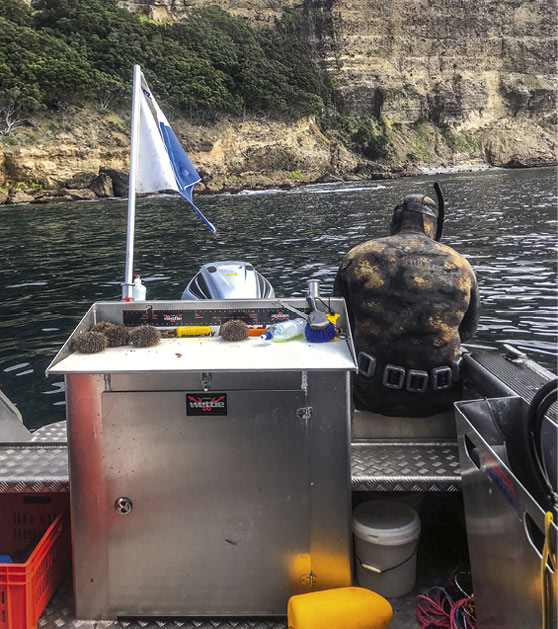 Recently it was reported that a Wellington diver was run over by a cray fisherman. I have witnessed absolutely stupid behaviour by another commercial cray fisherman at Great Barrier Island. He was charging around the spot we were diving without any care for us whatsoever.

I had just swum through an extremely narrow gap between an island and a rock. It was no deeper than five metres and probably no wider than 15 metres. Minutes later the cray fisherman came through the same gap behind me at what I estimated to be 15 knots. If I had still been in the gap it would have been curtains for me.

This guy was completely flaunting the law. He clearly gave me the impression he didn’t want us there – we were in his territory!

I know he doesn’t represent all commercial fisherman, but my point is that even the experience of someone like the guy I have described doesn’t mean he will see you or even take the care needed to ensure your safety when he sees your dive flag. On the divers’ side, we all need to make sure we’re taking responsibility for ourselves – being aware and not putting ourselves in dangerous situations. Make sure you have made every effort to fly a legal-sized dive flag from your boat and to tow a float with a dive flag attached when you’re diving. 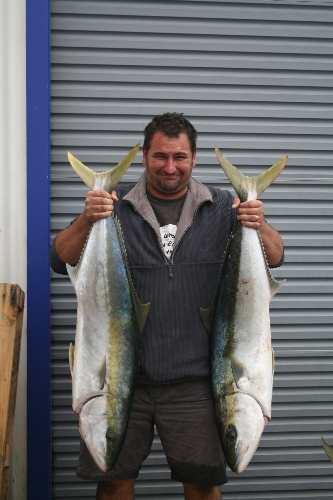