For most anglers, hanging a trophy fish in their shed – or perhaps over their front door – is a long-time dream. What better way to immediately show guests you’re a great fisherman? However, Tony Orton provides a much needed perspective on fish mounting, asking whether the trophy is worth the wasted food.

All your life you have wanted to catch a 20lb plus snapper. You know that when you do finally tick this goal off the list, you are going to want a memento of your trophy fish, and why wouldn’t you as it’s something you have spent countless hours, early morning starts and I hate to say it, thousands of dollars chasing?

A mount of that fish would be the perfect way to remember the moment forever. Your prized fish can be placed up high on a wall for the world to see and to remind you of that special day. 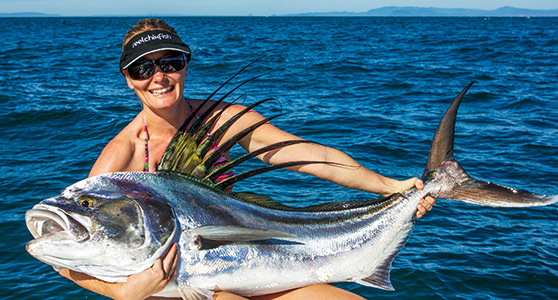 Bea has caught many great roosterfish over the years, and all were released.

Perfect! But is it?

A lot of people don’t know that when you kill a fish and get a mount made from it, the meat is inedible and the entire fish will be wasted during the moulding process. The reality is, the fish is killed and wasted only for a trophy.

With an ever-increasing population, more and more fishing pressure, depleting fish stocks and an awareness now of the importance of utilising the entire fish we catch, is mounting a fish ethical?

In all my years of fishing, I had never once thought of getting a mount done. A good photo had always been enough as a memento – at least until one special day saw me considering it as an option.

Bea and I had just moved back to New Zealand and Bea was pregnant with our first child. We were building a new house/lodge and were ready to start a family and a charter business in a little seaside town which was going to be our home. We had spent nine years working overseas, saving enough money to finally achieve our dream – and now we were back!

On our first day in Mangawhai, we took our Extreme 570 centre console out the back of the Hen & Chicken Islands, found a small workup, dropped a nice sized skippy livebait into it and proceeded to hook a monster of a striped marlin.

It was just Bea and I on board that day. Bea drove the boat and at the same time, filmed and leadered the fish while I wound it in. So, what made this fish more special than the 2000 or more billfish we had released before it?

I still remember the feeling when we had that fish boat side. We both knew at that moment in time that those nine years on the road were worth it and we were so happy this was going to be our new home. It seemed like this one fish was the celebration of all those years of hard work and sacrifice, and a sure sign we’d finally achieved our goal. 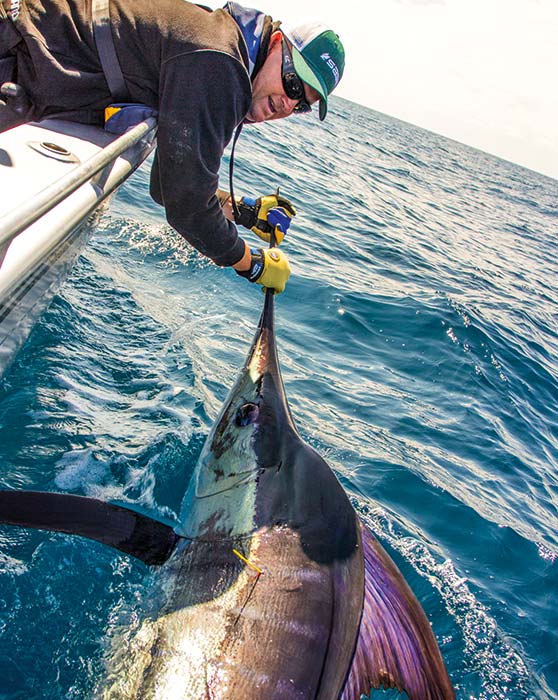 The writer's special stripey, tagged, measured and about to be released.

But we could not kill the fish. It was such a stunner of a striped marlin, so we released it, knowing this lucky marlin would live and breed some more. We also knew that there were plenty of similar sized stripey mounts out there if we wanted one. By not killing the fish, we were not making a hasty decision in the heat of the moment – once the buzz wore off, we might not have even wanted a mount of the fish.

But a year later, we decided to get a release mount made. The feeling was still strong about the meaning of that fish and it felt like the right thing to do. I rang a few taxidermists and found one mould that was very close to the size we caught that day. I gave the taxidermist a video and photo of the fish so he could match the markings and colours. The fish now has its pride of place in our family home and still reminds us of that special day and time in our life.

Most fibreglass fish moulds can be reused to produce more mounts, and parts of moulds can be used to make different parts of fish like tails, heads, or bills. If you go to any busy fibreglass taxidermist, they will have a list of all the fish mounts they have. You can get these mounts paint-matched to the colour of your fish, e.g. if you catch a kelpy snapper that is dark in colour, the taxidermist can reproduce this.

Getting a mount from an already used mould can be a lot cheaper as the taxidermist does not have to make a mould and materials are reduced. I personally like this option of reusing an existing mould – it is quicker to get made and if you have a good photo of the fish, then the artist can match this and give it a personal touch.

One dead fish sacrificed to make a mould that can then be used many times over is much better than making and using a separate mould for every mount. 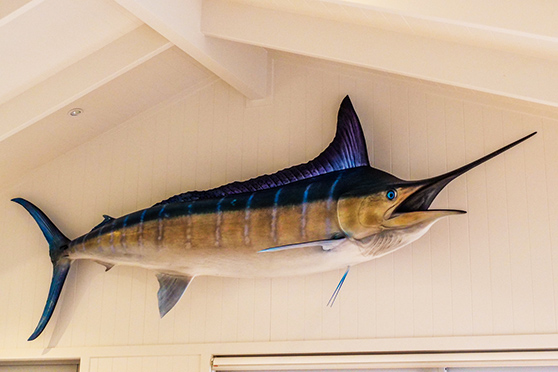 The marlin the writer caught on his first day back in NZ. A special memory that will last forever and will hopefully be handed down to the next generation.

When NZ Fishing News editor Grant Dixon released an estimated 40kg kingfish he had caught off the rocks at Henderson Point in the Far North, he thought nothing more of it.

Before putting it back, he took a quick length measurement using a bit of cord he had in his tackle pack, which later indicated the fish was 136cm long.

Several years later, he was talking to George Campbell, curator of the Museum of Fishes in Whangarei, who showed him several kingfish mounts he had left over from a client.

Hearing Grant’s story, George offered him one that was within a cm or so of the fish he had returned, and it now hangs on his office wall as a memento of what still remains as his personal best kingfish – proof you can have your cake and eat it to0!

I think there is a place for fish mounts; it is a great way to celebrate the ocean, educate people about certain fish and to illustrate how amazing these larger species are. It is the perfect way to celebrate and remember a certain point in your life and makes for a great memento or family treasure that can be passed down to future generations.

Some fish will die to make fresh moulds, but knowing now that there are moulds all over New Zealand for just about every size of our most popular fish species, we have the option to either measure and release the fish, kill and eat it or send it to off to be mounted.

I am surprised no one in New Zealand has started a business/website/app where all New Zealand’s taxidermists have their fish mounts listed with sizes, weights, photos etc for the public to see. What a great way to promote all our talented artists, reduce the cost to the purchaser and speed up the production process. At the same time, it will also show anglers that there is a mould of the fish they just caught, which will allow more trophy fish to be released, or at least eaten and not wasted. 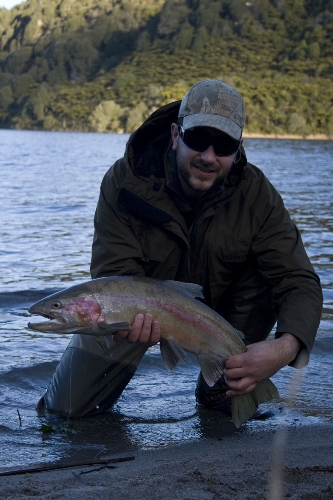