As an ex-commercial scallop fishermen, Ben Carey is commonly asked about the future of the scallop fishery. But before this can be answered, he explains, we must first understand a bit about this species’ life cycle...

Several factors can affect scallop numbers and their distribution, including both the commercial and recreational fishing effort, changes to the bottom of the seafloor and its surrounding environment, and occasionally disease, like black skirt disease, or bio toxins. Scallop bed populations have years of high and low abundance. Just because an area has little or no scallops one year, doesn’t necessarily mean they won’t be there the next. 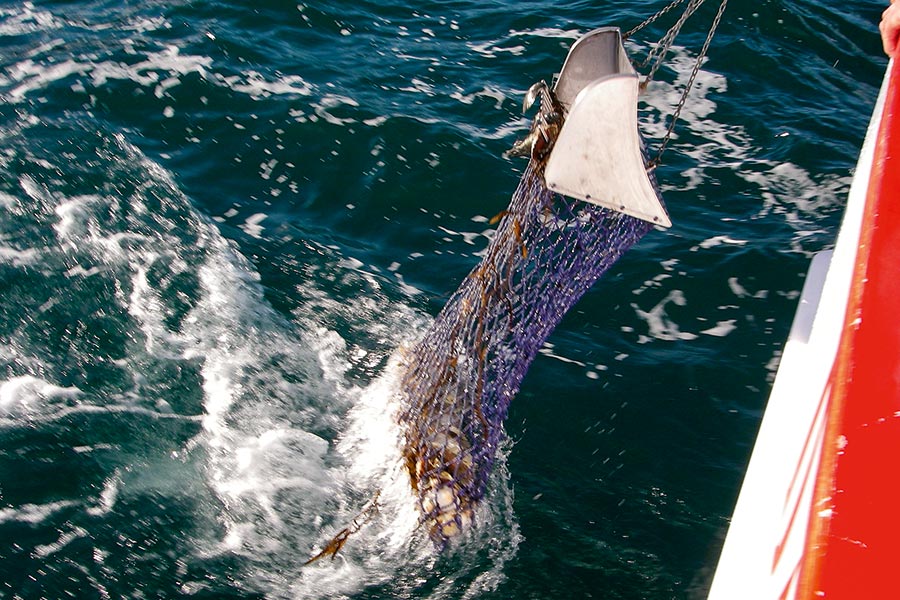 Several factors can affect scallop numbers and their distribution, including both the commercial and recreational fishing effort.

Scallops usually spawn a few times a year, with the peak time generally being throughout spring and summer. Typically, an initial spawn takes place sometime in early September, and a second often larger spawn happens throughout November and December, and sometimes extends to about the middle of January. Scallops usually spawn a few times a year, with the peak time generally being throughout spring and summer.

The timing of the scallop spawn varies year by year, depending on both environmental conditions and whether there are favourable currents which flow in over the beds. It is these currents that bring in the rich nutrients which these filter feeders eat. By the end of the spawn, they are skinny again, and then their lifecycle continues. 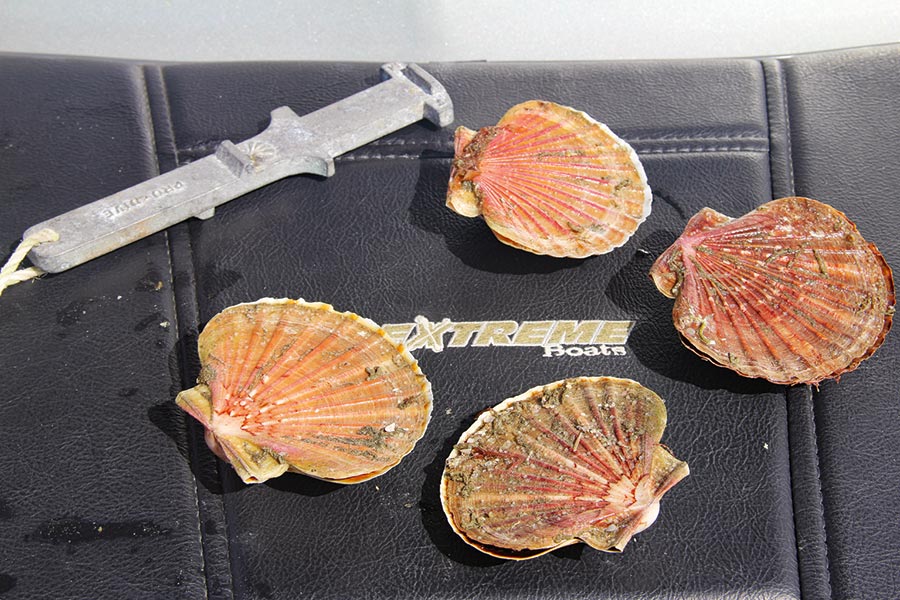 How quickly scallops grow depends on a wide number of environmental factors.

When multiple scallop beds spawn in the same area at the same time, there will be higher levels of fertilisation and lots of young spat will be produced. It is widely known by both the commercial fishing industry and marine scientists that once scallop beds spawn, their fertilised eggs drift well away from the initial spawning area. For a period of three weeks, the larvae float in midwater, and are at the mercy of the currents and tides. When their three weeks are up, the larvae start to float down towards the seafloor, attaching themselves to anything they can: weed lines, kelp patties, sea grass, or even tube worms. They hold onto these until they are about 5mm in length and when they get to about that size, they drop to the seabed below them, where they begin their life as a small scallop.

If you think back to the 2003 and 2004 seasons, you may well remember the tube worm pandemic which absolutely devastated the Coromandel and Whitianga scallop beds. First discovered by Whitianga commercial scallop fisherman in about 1997 or 1998, these big tube worms, which can grow up to 20cm in length, completely took over the seabed the commercial scallop fleet were fishing at the time.

What we didn’t realise back then, though, was that these tube worms are also filter feeders and were competing for the same nutrients that the scallops like.

Over the next few years, this alien invader devastated hundreds of kilometres of seabed throughout the Hauraki Gulf and beyond – as far afield as Tauranga, Bream Bay and even in the Far North waters off Houhora!

Whether this was the direct result of international ships emptying their ballast tanks full of foreign water and organisms into our waters before entering our ports is yet to be seen, but what I do know is that while the commercial fishing effort faced a few lean years, first with black skirt disease and then the tube worm epidemic, what it did do was reduce the fishing effort. When the tube worms finally died off in July 2005 – July 15th to be exact – the official start of the Coromandel commercial scallop season began. Coming off a few lean years, the Whitianga fleet were finally able to go fishing, but what happened next completely took both the industry and MPI by surprise. All the scallops were huge in size, and they were endless. There were now hundreds of thousands of scallops. As a matter of fact, there were millions of the things, and all big 100mm fish or greater – but how did this happen over such a short period of time?

There are two possible causes: one, the scallops must have always been there and were allowed to grow unhindered beneath the tube worm, or two, because no one could really fish there, the tube worm acted as an anchor point that the spat attached itself to, which then thrived because there was very little in the way of industrial impact. These theories are by no means scientific, and there is little proof to back them up. But whatever the reason, it sure showed how fast scallops can grow and thrive in certain environments.

As you can imagine, strong currents can take scallop larvae well away from their spawning area, but in essence, what this process is doing is reseeding the other scallop beds in the Hauraki Gulf and beds off the eastern and western seaboard of the Coromandel Peninsula.

Favourable conditions and currents will determine whether the next generation of spat will settle and continue their lifecycle, and it is well known that some spat may end up far out to sea and lost forever. It’s quite possible that the scallop spat in the Coromandel/Whitianga fishery could have come from areas such as Bream Bay, or the inner Hauraki Gulf, just to mention a couple of options.

And what about the Bay of Plenty? Where does that scallop spat originate from? It must have come from somewhere, and in this case, it was quite possibly from the Coromandel fishery. As you can see, it’s interesting stuff, and when you take into account the wind and the tides, and where this scallop larvae may actually end up, it really is something that not many of us have any idea about.

The scallop beds off the eastern Coromandel Peninsula, including Mercury Island, Kotuku, Black Jacks and Opito Bay, have always been resilient, and once they have been caught, either commercially or recreationally, the beds have always been able to regenerate themselves, sometimes in just a year. This has been possible because the fishery has been able to reseed itself with scallop spat that has drifted in from other areas. Opito Bay, and in and around the various bays and inlets of the Mercury Islands, are prime examples. One year there can be absolutely nothing, and the next the region can be full of scallops again. This all comes down to whether favourable currents have pushed the larvae into the many bays and inlets in this area.

The above goes some way to explaining the fluctuations in scallop fisher’s fortunes from area to area, season to season. 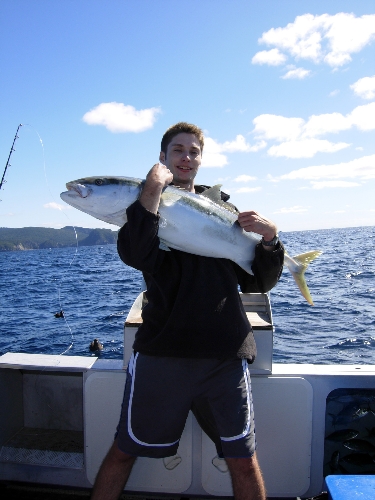 First Kingie - what a battle! Left me hooked =) - Mayor Island