Moorish idols are a conspicuous fish that are often encountered by divers in tropical waters but are rarely seen in temperate seas. They are very widely distributed throughout tropical oceans; and are found in the Indo-Pacific from Eastern Africa to French Polynesia and in the far eastern Pacific they occur on the California coast down to Peru.

Moorish idols also have a broad latitudinal range spanning from Southern Japan in the north to Lord Howe Island and the Kermadec Islands in the South. Within their native range, this distinctive yellow and black species is generally found in pairs or small schools on coral reefs or in lagoons from the surface to 180m depth, where they can be seen feeding on benthic invertebrates (species attached to or living on the seafloor). They are particularly partial to sponges but will also graze on seaweed, sea-squirts and crustaceans. 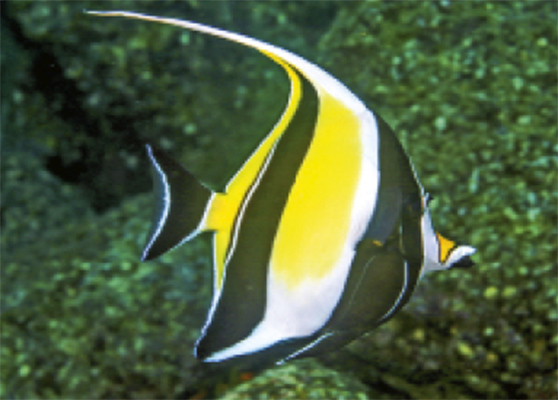 A mature moorish idol showing the distinctive sickle-shaped fin, long snout and small bony protrusions in front of the eyes.

You might be thinking ‘this is New Zealand Fishing News, so why am I reading about a species only seen on coral reefs and in Finding Nemo movies?’. Well as of last month, moorish idols are now known from New Zealand waters. A single mature individual was photographed at the Poor Knights Islands on a deep reef near a sandy slope in 25m of water. Mary Carney, an experienced Northland diver reported the sighting of this tropical fish to WhatsthatfishNZ and one of her photographs is featured in this article. 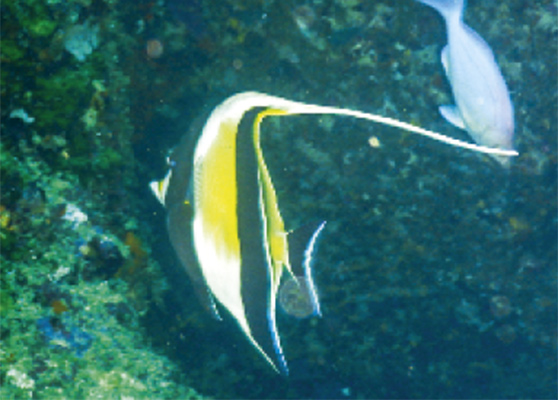 The one and only photo of a moorish idol from mainland New Zealand, Poor Knights Islands.

So how do you know if the brightly-coloured fish you spotted is a moorish idol? Moorish idols have a yellow body with large vertical black bands, but there are a number of butterflyfishes that can also superficially resemble moorish idols. In the southern part of their range moorish idols could be mistaken for lord howe coralfish, another bright yellow-and-black tropical-looking species. However, there are a number of features that set moorish idols apart from any other species. First they have a very long, white, sickle-shaped dorsal fin. The scientific name ‘Zanclus’ is derived from the Greek word for ‘sickle’, referring to the distinctive dorsal fin. Moorish idols also have a long snout with a yellow saddle across the front and there are small, bony projections in front of both eyes of adult fish, which are particularly prominent in male moorish idols. 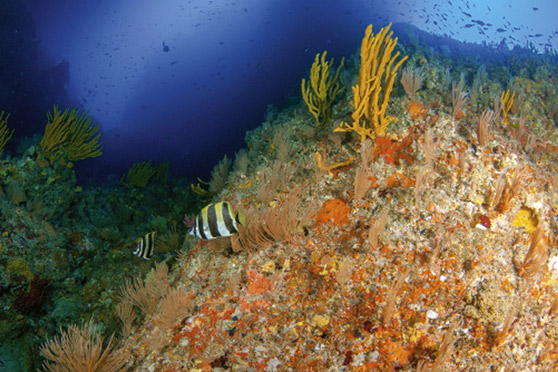 A pair of lord howe coralfish on a deep reef at the Poor Knights Islands, the colouration of these butterflyfish is similar to that of the moorish idol and at a first glance could be confused for them. Lord howe coralfish lack the long sickle shaped fin.

The large range of this species may be explained partly by their life history strategies. Moorish idols are pelagic spawners; this means they release eggs and sperm into the water column, leaving fertilized eggs to drift away with the currents. Once the larvae hatch they will spend several months living in the water column where they grow quite large (up to 80mm) before settling onto the reef. The larvae and eggs will drift with currents far and wide and it is likely that the fish spotted at the Poor Knights Islands has arrived this way. This is an exciting new addition to our New Zealand fish fauna, but one vagrant fish sighting does not mean they are here to stay. Moorish idols may arrive in New Zealand after heatwave events or cyclones pushing warm waters south, and if winter temperatures increase they may start to overwinter here. So keep your eyes peeled and make sure you double-check that the lord howe coralfish you think you spotted was not one of these super-rare tropical visitors.

If you think you have spotted a moorish idol in New Zealand waters, send a photograph to WhatsThatFishNZ or a fish taxonomist to confirm the identity along with the location and depth where you saw it. 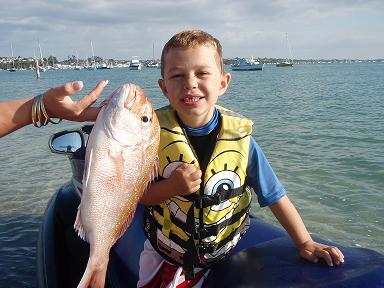