Alistair Arkell typically shies away from fishing competitions, but with many organisers now moving towards the more sustainable ‘measure only’ format, he decided to make an exception recently…

By-in-large, comps are not of enormous interest to me. I fish at least once a week and view fishing as a way of life. I'm trying to catch the biggest fish, but I'm also fishing for food first and constantly releasing the bigger fish. Everything else that goes along with fishing is a bonus – the sunsets, sunrises and friendships made (the list goes on goes on and on). Accordingly, I’ve always felt that fishing comps don’t fit with my angling ethos.

Then a measure-based fishing comp came along. It’s organised and run by a couple of super keen fishers with similar ethos and approach to fishing as me. I think we all want our fishery and marine habitat to improve, and it's likely that kill comps only achieve the opposite of this.

The way to win a traditional comp is to catch and kill the biggest fish you can find, and hope you've killed one big enough to win. You'll find out if you’ve got the prize when you go to the weigh-in and add your catch to the pile of dead fish.

With measure-based comps, yes, the goal is to still catch the biggest fish you can, but the difference is that you then have the option to release the fish safely. It’s not a pre-requisite to getting prizes, but the option is always there. Measure-based comps are a win/win for the fishery and the fisher. You can win the comp without unnecessarily killing a fish you don't even want to eat. And with soft-baiting in the shallows, the fishing method we employ, the survival rate of snapper is deemed to be in the 95% + range. I wouldn't fish a kill comp because the basic premise of killing the biggest fish you can catch to win a prize does not fit my mindset and reasons for going fishing and gathering food. Having competitions where you can compete and still release fish – in my mind – is the only way forward if we want to have a healthy and productive marine environment. Sam with a cracker of a fish pulled from the shallows.

The other aspect of this particular fishing comp that I really like is that you can fish anywhere you like. Yes, this can put you at a disadvantage as certain parts of NZ have more significant numbers of bigger fish, but it means you don't have to plan too far in advance, and it allows you to be fluid with your choice of destination. Nothing sucks more than being trapped in an area in 20 knots when you know there are grounds four hours’ drive away where it’s variable five knots!

For our team the destination was obvious. Fish the Hauraki Gulf. There are better destinations for big fish in NZ, but the HG is hard to beat on a good day, and Sam’s result of 7th out of 800 anglers meant we didn't embarrass ourselves. The longest fish also came from the HG, and I believe a top three finish was also Hauraki Gulf-based.

Fishing the Hauraki Gulf was the plan because that’s what we do; it's where we live and fish, and it's part of our lives.

Our tactics were simple. I would drive and position the boat, and my crew – Sam Wilkinson and Mark Stephenson – would cast.

Pressure can be a big thing in any competitive environment, and some of the best athletes in the world have succumbed to it at different times in their lives. This brings me to another reason why I don't encourage myself to fish comps. When I'm on the water, I'm at my most relaxed. I’m never stressed and always in a good mood. So, by putting pressure on myself to fish and win a comp, I feel that I'm moving away from what I love about being on the saltwater. Nonetheless, we were in the comp, and we wanted to win! Having the option to catch and release is what measure comps are all about.

The morning of the first day saw us casting at daybreak, and it took us an hour to catch our first fish! This often happens on our first cast, so we were getting a little worried. Thankfully, the fish that broke the duck was a stonker of 76.5cm for Sam Wilkinson and would have been very close to, if not over 20lb. We will never know or care, as Sam released the fish in good health for someone else to catch. Five minutes later, Mark hooked and fought a fish that looked as heavy as Sam's fish, only to drop it at the boat. Losing big fish is part of fishing, and we wouldn't be the only ones to have fishing tales about the one that got away in the comp. You can't do much about a fish popping off; it sucks, but it is just how it is. Sometimes they are just lip-hooked and it's only a matter of time before they free themselves.

When we hook a big fish in the shallows (sub 10 metres), we drive on it straight away, trying to get on top of the fish. If you let it run and run, it will get into the kelp, and your chances of landing the fish diminish. I have tricks up my sleeve to get fish out of the kelp, but it's not where you want to be. Chasing fish in the shallows where you can see the bottom and rocks are strewn everywhere can get pretty hectic. Often, we try to get in between the fish and the shoreline to prevent a bust off. It gets even cooler when you can see the fish change directions in only a few metres of water. Once people come on my boat and try shallow water soft-baiting, they are hooked instantly!

After these first two big fish, the rest of the day was uneventful; we probably caught another 50 fish between two anglers, with two other fish in the mid 60's range. Most high-quality eaters in the 40-50cm range went home unharmed. We kept nine snapper the first day between three people, and released anything over 55cm, which is standard fishing for us. After the first day, our evening comprised of catching up with some fellow Team Penn & Berkley fishers, cooking a feed, sipping a few cold ones, and then chilling out. Where else would you rather be?

Day two started hectically with Sam and Mark got into solid fish straight away. Sadly, neither were big enough to challenge the leaderboard. The rest of the day played out in the same way: catching truckloads of fish, but just nothing that would propel us up the ladder. But that all changed in the last hour of the day. Out of nowhere, Sam wrangled a 78.5cm fish which brought us into the top ten of the comp.

And it provided a good reason to keep casting and not give up.

However, our persistence didn’t pay off this time around and that was us finished. Overall, it was slow fishing on the big fish with Sam finishing with 78.5cm, 76.5cm and 66.5cm snapper, which gave him a combined length of 221.5cm for his best three fish. That was good enough for 7th place out of 800 anglers, which isn’t too bad for fishing our local patch.

We stayed an extra night away to enjoy some of the finest offerings of the wider gulf and take our time so we could home in a relaxed manner. We'll be back. 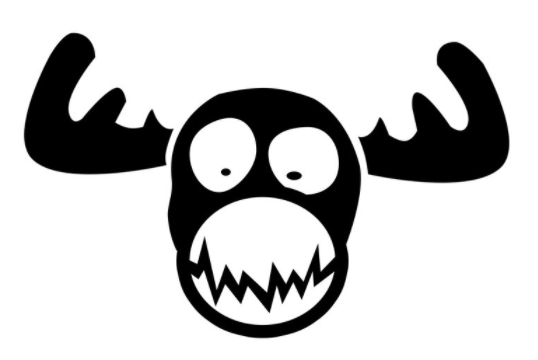 in Hints,Tips and How To's
8 hours ago
MB

in Newbies Corner
10 hours ago
shaneg

in Tech Topics
11 hours ago
GillyNZ

in Fishing Reports
13 hours ago
smudge