Experienced gamefisher and crewman Kurt Bennetto suggests the key to consistently catching marlin and converting an okay season to an outstanding one is to get the bites. While this may initially sound over-simplistic, there is more to it than first meets the eye…

To consistently catch marlin, the first thing you need to do is find the fish and stay in the zone. This may sound easy, however, a lot a fishermen find this extremely hard as it can get quite boring. When I say ‘staying in the zone’, I mean staying within a couple square miles of where you have had or heard there has been some action.

It’s amazing how many guys get bites on the way out in 100 metres of water, lose the fish, reset the gear and carry on heading out to their pre-determined destination, which is normally some sort of GPS mark, only to find that the bite they encountered in the morning would be all the action for the day.

Think about it: why would you leave the area? The answer is because most people think they are too shallow or have to go miles offshore to catch marlin. The key is to determine if that early bite was a random lucky fish or if there are more to come. Whichever is the case, you need to be able to read the signs.

Baitfish, birds and sighting marlin are the key aspects when determining whether or not the marlin are there in numbers. In New Zealand, the types of birds to look for when game fishing are gannets and mutton ducks (sooty shearwater). Diving gannets are a dead giveaway that there is some action happening and they’re also the easiest to spot. Because marlin generally feed in such short bursts, the best work ups are the smaller ones, which can mean just half a dozen gannets and a few mutton ducks wheeling around the activity.

Generally, the big works ups you see have been active for hours and are more often than not just dolphins feeding. In saying this, it is still worth a look. 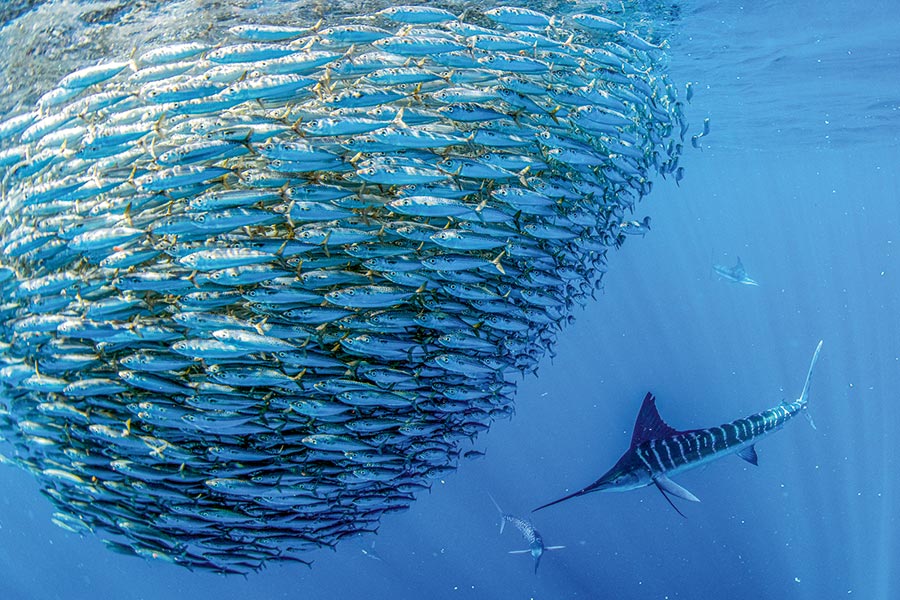 If you find the baitfish, hang around - their predators probably aren't far away.

There have been many times when I have seen gannets and mutton ducks sitting on the surface in 100 metres of water as we troll past them in the morning.

This is a classic sign that something has happened in this area previously and most likely will happen again. These birds are extremely cunning and will patiently wait for their next feed, which will be in tandem with the marlin.

Sometimes gannets are not present which makes things somewhat tricky, but another good sign are the mutton ducks. These birds are the biggest bludging scavengers around and are never too far from the action. Mutton ducks generally swoop in circles and if they are on to something, they will return to the same spot and start feeding. They also stay right in the heart of the action.

But don’t just get caught up on birds. Marlin can be present even when the birds are absent. This is where looking at water temperature, structure and finding bait fish on the sounder come into play.

When marlin are feeding on saury, birds may not be around as the feeding bursts are so fast. It is also very hard to mark saury on your sounder. This is where some dedicated eyes and generally a good pair of polarized sunglasses come in to play. Any sign from a splash to mutton ducks sitting on the water is worth a drive by. 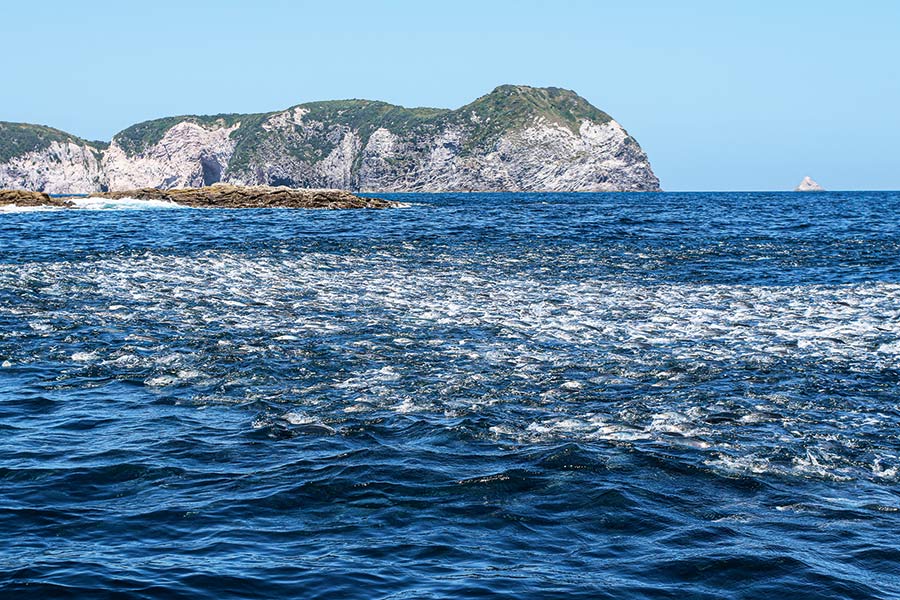 If it's a black marlin you're after, running a livebait around the edges of a trevally school like this could prove fruitful.

There are some days when the marlin just don’t seem to bite, even if you are in the zone, and if they do, it is generally for a very short period.

This is called the bite time, and it’s one of the big reasons why finding the fish and staying put will pay off.

I have experienced this time and time again. When we hear reports or have experienced good fishing the previous day in an area, we make a mental note of what time in the day the action heated up. A good thing to consider when you get a hot bite is the tide. I have found that the bite time is generally – but not always – around a tide change and the bite the following day is generally half an hour later in tandem with the tide.

I experienced something extraordinary one day when I was fishing the Nine Pin trench off the Bay Of Islands. The previous day had a great 12:30pm tide change bite. As our day wore on, we noticed the baitfish appear on the sounder. We had been in the same spot all day and they had only just shown up – and in schools.As the clock ticked closer towards the tide change, the bait schools were climbing their way up the water column. When the tide change finally arrived, the bait was only 20 metres below the surface. That’s when a marlin suddenly appeared behind the rigger and we were soon hooked up to a nice stripey!

A lot of people put this down to coincidence, but I have experienced this many times. It is all about staying active and looking for the signs.

At the end of the day three key aspects of increasing your chances are:

• Being patient and anticipating the bite

• Not being tempted to leave fish to find fish. Being patient and anticipating the bite will have its rewards.

This may not work the first time you try it and it doesn’t work every time, but in the long run it will pay dividends. I have even been in the same spot all day to have another boat drive past and hook up in front of me, which was extremely frustrating! On the positive side, it reassured me that I was in the right spot.

There are many different things that can really increase your catch rate, such as gear, equipment and technique, but what I’ve noted above above are all key aspects. After all, you could have the flashest boat loaded with the best gear money can buy, but it wouldn’t be much good if you were fishing for marlin in Antarctica would it?