Kingfish Bag Limits: Are They too High?

With the kingfish season well and truly underway, charter captain Nick Jones offers some timely thoughts on how we can do more to look after our most prized inshore gamefish.

I clearly remember the time and energy I put into landing my first decent kingfish. I was fishing solo in my old man’s dinghy, surface livebaiting a jack mackerel over a shallow reef. It had been a quiet morning then suddenly, a pack of kings turned up. In a flurry of swirls and yellow tails, my livie was engulfed and I was hooked; not only to that fish, but to kingies for life.

Kingfish are simply awesome. They grow big, fight hard, taste great, can be caught using a variety of techniques, are tough and physiologically well-suited for catch-and-release fishing, and are accessible for all anglers, turning up at wharves, beaches, harbours, rocky headlands, shallow reefs, offshore islands, deep pinnacles and anywhere in-between. Even those far less fanatical about fishing than me cannot hide the excitement and sense of accomplishment that come with catching a kingfish. We're lucky to have such an exciting inshore gamefish accessible to any sized vessel.

So, what’s the problem?

I don’t think there is necessarily a problem with our current recreational kingfish fishery, but I do think we could do more to look after it. Having run fishing charters in the Hauraki Gulf over the last five years, I haven’t noticed a decline in kingie numbers but at the same time haven’t noticed a clear improvement. Again, in terms of fish size, there is no clear trend. Strangely, we seem to be seeing more fish in the 8-12kg range but less fish in the 15kg+ size bracket. What is clear is that some of our historically productive spots are now about as useful as a chocolate teapot. This could be natural variation or something more sinister – who knows. Angling techniques, particularly topwater, are certainly improving, and the average trailerboat has an impressive suite of electronics, so kingfish should be relatively ‘easier’ to catch than say 10 years ago for the weekend warriors.

One big issue in the gulf, however, is the amount of bronze whaler sharks patrolling the popular reefs. It’s almost unanimously known that bronzie numbers are increasing around Auckland, and they have become very adept at latching onto hooked kingfish. Basically, once the tax-men turn-up, it’ll be hard to haul in a hooked fish in one piece. Even in early December this season, some spots such as Flat Rock have been a nightmare. It’s great to see these big critters around, but they’re certainly taking lots of kingfish out of the fishery.

I think there are some low-hanging fruit here. Firstly, a recreational limit of three kingfish per day is very generous. There’s plenty of meat to go around on a small kingfish, and the best eating is when it’s super fresh. I know most charter boats and keen angers voluntarily reduce their take to a maximum of one fish per angler, but no doubt there are many anglers who want to make the most of a good day and catch their limit. Moreover, they have a proven good survival rate upon release. It’s simple, the limit should be changed to one kingfish per person. 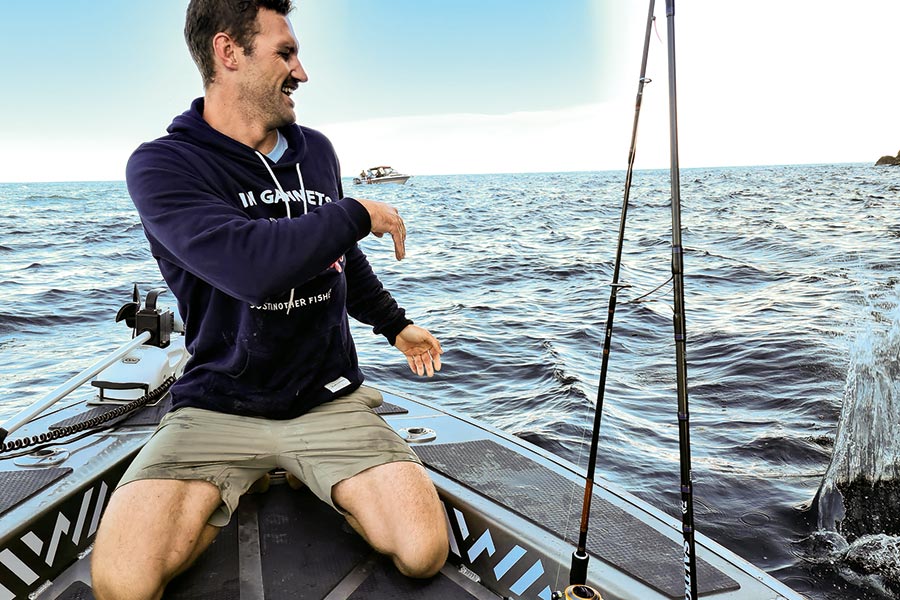 The joy of tossing them back.

Based on research I’ve read and that shown on the Ministry for Primary Industries website, the length of 50% maturity for kingfish is 97cm in females and 83cm in males. However, our minimum legal size is only 75cm. This is quite a gap. Our kingfish stock reports show that East Northland, Hauraki Gulf and Bay of Plenty inshore populations consist mainly of young fish around five years of age, whereas the less-fished offshore populations have a much larger proportion of older fish.

I know for some people, a 75cm fish seems big, but when you talk to retired charter skippers who say back in the day they would only bother livebaiting for kingfish with 60cm kahawai, it puts things in perspective. Best practice recreational fishing regulations around the world don’t encourage the taking of sexually immature fish, so why would we do so for our most valued inshore gamefish? Imagine the number of hard-fighting kings swarming the local reefs in a few years if we changed the minimum legal size to 1m – throwing a stickbait into that would be insane! Let’s front-foot a reduction in our take and make this happen. As kings are largely a bycatch species for NZ’s commercial fishing sector, we have a big responsibility for looking after this fishery.

Until our recreational kingfish rules change, and I’m sure they will sooner or later, think about imposing some personal or boat rules yourself. Do you really need both those kings to make an epic plate of ceviche for the Sunday BBQ? Maybe there’s even enough meat on that well-bled half-kingfish you wrestled away from the sharks! 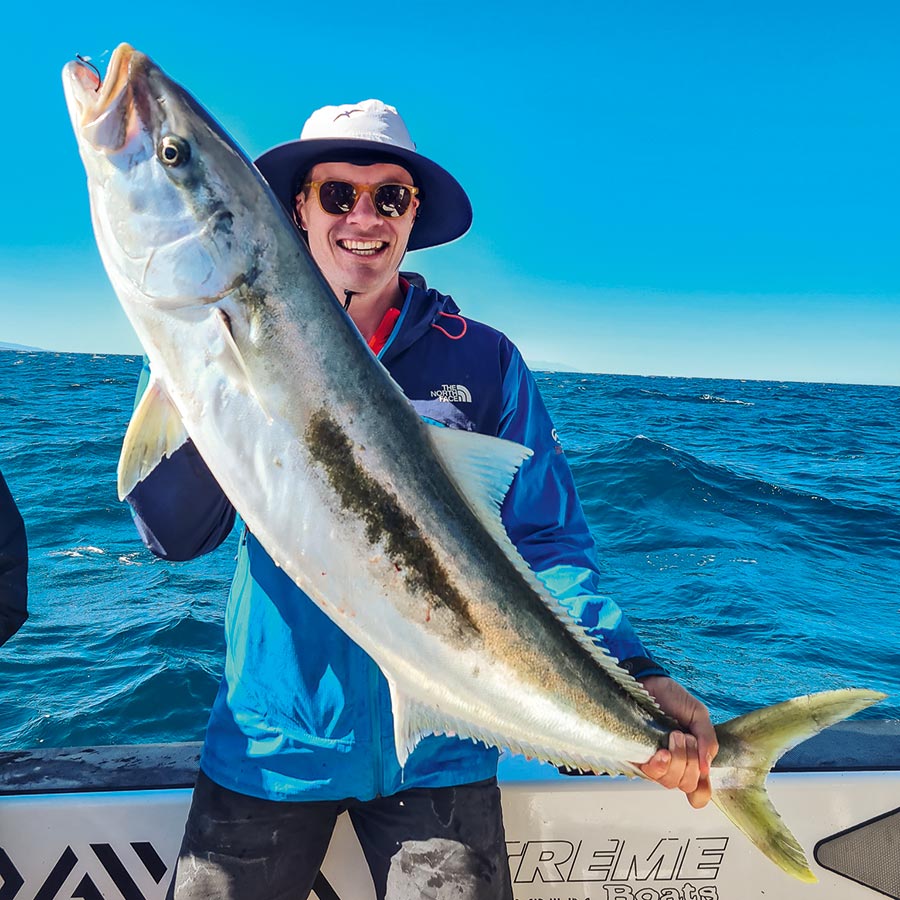 One decent fish like this can produce numerous meals.

When livebaiting, use circle hooks to reduce damaging hook-ups, and if a fish does swallow your hook, just cut the leader rather than causing more damage trying to retrieve it. Barbless trebles are a good option when topwater fishing as they cause less damage to hooked fish. Avoid handling the gills when landing fish and hoisting them up for a photo and get them back in the drink as quickly as possible.

It’s great to see more and more length-based fishing competitions that encourage catch and release, and many clubs won’t weigh kingfish less than 1m in length. Hopefully, all the kill ‘em style comps will soon be a thing of the past.

And I know you can’t do much about sharks turning up to your kingfish party, but you can make the decision to move on to the next spot rather than sacrificing kings to the bronzie slaughter… or use heavier gear and pull a bit harder! 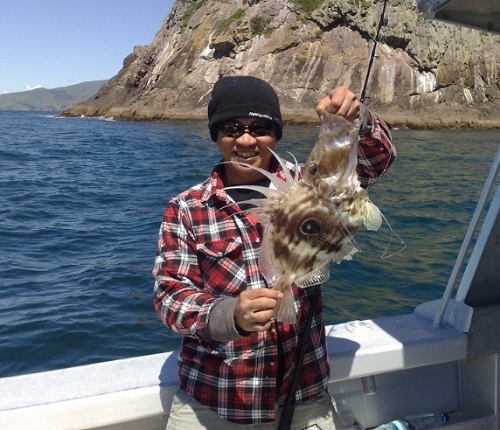