As a charter skipper, Tony Orton is asked all the time “what is the best reel for targeting kingfish – spin, star or lever drag?”

Kingfish are a tough and dirty-fighting fish. Their natural instinct once hooked is to power off to the nearest structure to try to break the line and win their freedom. Having a reel with a lot of drag is paramount to pulling line back from these green-backed speedsters and putting the odds back in your favour.

It is most people’s perception that a reel with a lever drag is best for fighting kingfish as the angler can see exactly how much pressure they are applying, and it seems easier to apply drag pressure in general. But is the lever drag reel the best reel for targeting kingfish?

Before we start examining the merits of the three different reel drag systems, one thing is required of the angler, way before the first bait hits the water. Anyone stepping up to the plate to target a kingfish must know exactly how much drag they are applying with their reel once the hook is set. Not enough drag and you can be reefed or even spooled. Too much drag and you could snap line, leader or worse still, a rod – and possibly lose a fish of a lifetime. 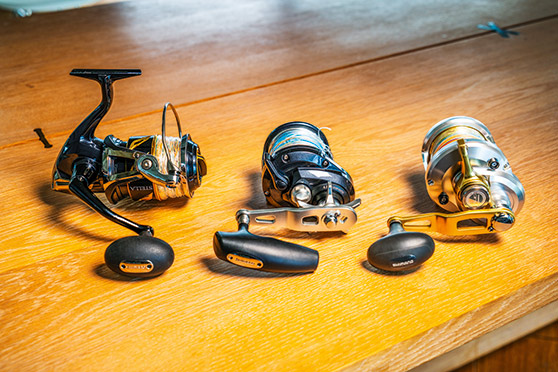 Having a lever to push visually makes the job of adjusting drag pressure very simple.

The one lever engages from free spool and can be pushed up to increase the drag pressure. On the side of the reel there is normally a knob that can be adjusted so you can control exactly how much is applied at key settings like ‘strike’. In most situations I like to run with approximately 8kg of drag at the strike setting. This is fine on a medium-sized fish and you can easily apply more drag by pushing the lever past the ‘strike’ setting. Knowing your reel is paramount and a good thing to do is to test the drag by pulling some line off while connected to some scales.

Once you have the drag set on a lever drag reel, it is all pretty straightforward and it’s easy to see how much drag you are applying. It is no wonder the lever drag reel seems to be the benchmark for live baiting and jigging for kingfish. 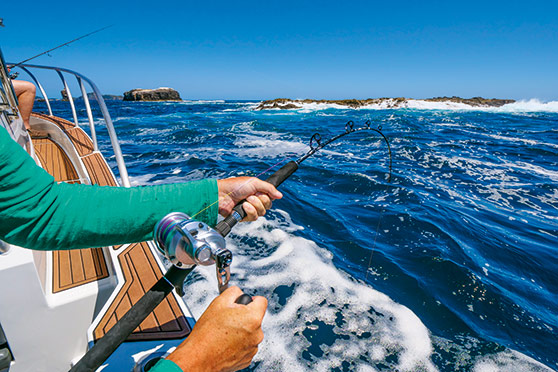 Lever drags allow you to see exactly how much drag you have applied and are great in situations where there is a lot going on.

Top of the line spin reels like the Shimano Stella can output massive amounts of drag (25kg), making them ideal for targeting big powerful fish. Some anglers really like having the reel mounted under the rod, making it easier to keep the rig steady when the angler is under a lot of load on a stubborn fish.

One of the biggest mistakes I see on my charter boat is anglers bringing along their spinning reel combos, starting to fish, hooking up and then not knowing how much drag they are applying, resulting in lost fish or broken gear. Part of our crew briefing before we even put a line in the water is to talk through how to pre-set the drag on spin reels.

On my Stellas, its normally three half-twists (your fingers can only twist the drag knob in half twists at a time) to go from the loosest drag setting to fighting drag (about the same drag setting as ‘strike’ on a lever drag). If a big fish is still pulling line off the reel then one more half twist is usually enough to put the brakes on the toughest opponent. By familiarising yourself with the drag settings you then know exactly how much drag pressure you are applying. These settings will vary depending on the brand and model, so it pays to get to know your reel and its drag curve.

For livebaiting, we usually have the drag pre-set at its loosest (just as the pressure comes off the drag washers) when soaking baits, but once we get the bite and the fish is peeling line, the angler then starts twisting up the drag. With the Stella its very easy: ONE, TWO, THREE half twists. All going to plan, you are hooked up with the correct drag pressure and know exactly where the drag is at, which gives you control over the situation. Being loaded up on spin gear is great, and you can really put the hurt on the fish.

The star drag system has been around for many many years. A very simple system mechanically, it is easy to maintain and some high-end jigging reels like the Shimano Ocea Jigger opt to use this system for many positive and smart reasons.

The star drag seems the easiest to adjust when fighting a fish; you can still wind and adjust the star drag at the same time.

On the side of the reel there is a knob (in a similar place to the drag preset on a lever drag reel) that adjusts the free-spool tension. This is a great feature when dropping big jigs, livebaits or casting. It reduces overruns, allowing you to have a free spool that suits your current fishing situation.

To understand how much drag you are applying is pretty much the same principle as pre-setting a spinning reel. Back the drag right off so it is at its loosest and count how many half twists to set the drag to the strike position. Once you have set the drag to the desired amount of resistance using your drag scales, pull line off the reel by hand so you get to experience what that drag pressure feels like. A good indicator, if scales are not available, is to adjust the drag until the braid digs into your hand when you wrap it and attempt to pull line off the spool. 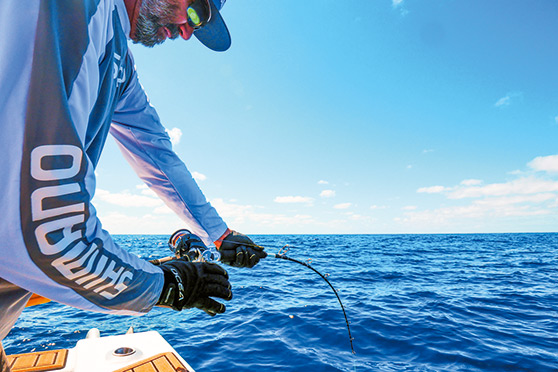 Star drags are easy to adjust during the fight.

Over the years I have noticed a better hook-up rate for inexperienced anglers when livebaiting using spin or star drag reels over lever drag reels, especially when using circle hooks. I think this has to do with the angler taking a little longer to tighten up the drag than they would with a lever drag, which allows the hook to roll in the corner of the fish’s mouth. As a charter skipper, however, I do like the visual aspect of the lever drag as I can see how much pressure the angler has applied.

So, what’s the best? I will let you decide. I personally do not have a favourite as in my eyes they all work just as well as each other once you master the drag. The secret is to become familiar with your gear to maximise its drag performance, regardless of the mechanics involved. 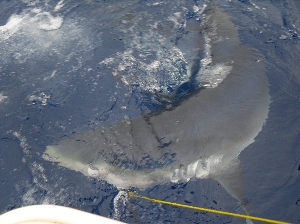