One fish we anglers can rely on year-round is the kahawai. They are always keen to bite and can be caught using a wide variety of methods.

When the fishing’s hard you can usually rely on a kahawai or two to save the day.

Kahawai are found in a wide variety of habitats during winter when they are common inshore, entering river mouths, estuaries and harbours, as well as patrolling surf beaches and rocky shorelines.

Although a pelagic schooling species, in winter kahawai often turn up in ones and twos, some of them large specimens. These fish are always in good condition, having recovered from late summer spawning, making them a far more attractive proposition on the table.

Kahawai take a wide variety of live and dead baits, as well as lures. Most winter kahawai are caught on bait while targeting other species.

They’ll bite small chunks of pilchard or skipjack on flasher and ledger rigs, as well as baits stray-lined down a berley trail. They particularly like whole fish baits and small live baits.

Kahawai also respond to spinners, trolled lures and flies, jigs of every kind and soft plastics.

Killed and bled immediately, then iced down, fresh kahawai is pretty good on the plate, but trim the red meat from the fillet before cooking as it has a strong flavour. 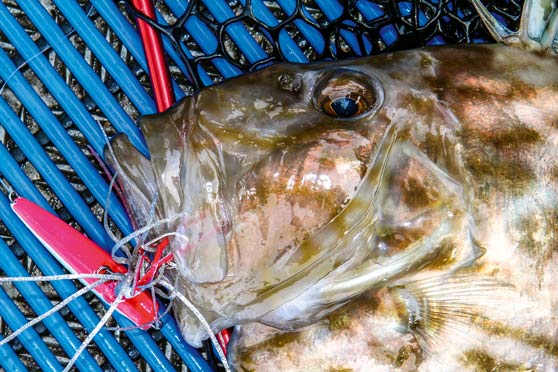 Another delicious winter catch is the John dory. In winter the catch is made up almost exclusively of large females which are in peak condition prior to spawning.

John dory feed on small fish, so they can be found wherever baitfish are abundant. John dory frequent shallow inshore reefs, deep reefs and open water where they shadow schools of mackerel, pilchard and anchovy.

Setting a small live-bait pinned on a ledger rig close to the bottom will often turn up John dory. You can do this while you are anchored up fishing for other species – just leave the rod in the holder and let the Johnnie hook itself.

John dory are not strong fighters, but their extendible mouths tear easily, so take it gently when you hook one and use the landing net at the boat.

John dory is fantastic eating prepared any which way you like! 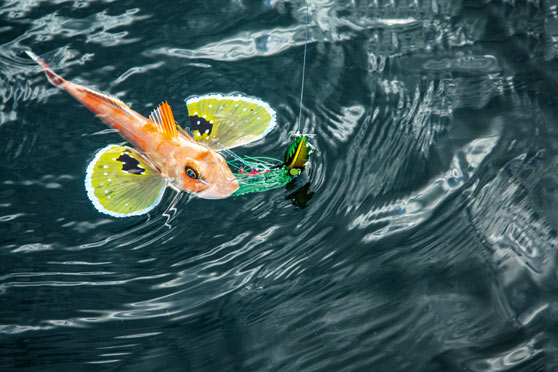 Red gurnard, or ‘carrots’ as they are popularly known, are a winter staple on both coasts. West coast fish tend to be larger than east coasters, which means they yield bigger fillets, so when I want a feed of gurnard I usually fish the west coast harbours.

Gurnard like sand/mud, broken shell and gravel/rubble seafloor substrates rich in invertebrate life. They respond well to cut fish baits, softplastics, micro-jigs and slow jigs, so they can be targeted with a variety of techniques.

In the west coast Harbours we’ll typically anchor on the edge of a sandbank or harbour channel, suspend a berley bomb near the bottom and cast ledger rigs with 3/0 hooks into the berley trail well away from the boat.

Gurnard won’t move far off the seafloor to take a bait, so fish close to the bottom. Keep the distance between the sinker and first dropper short and try fishing with plenty of line angle (i.e. cast well away from the boat) so your baits hang close to the bottom. An extra-long bottom dropper that extends beyond the sinker works well too.

You can use flasher rigs, but simple two or three-hook ledger rigs work just as well. I prefer circle hooks, but J-hooks are fine too.

Drift fishing over a sandy bottom and bouncing lures along the seafloor to throw up puffs of sediment works well on gurnard, but they won’t swim far off the bottom to bite a soft-bait or slow jig. There’s little point in continuing a retrieve more than a metre or two off the seafloor.

West coast winter gurnard weigh up to 2kg, which furnishes a couple of decent fillets; east coast fish are typically half that size. From either coast, the flesh is delicious: fine-textured and full of flavour – in my opinion superior to snapper. 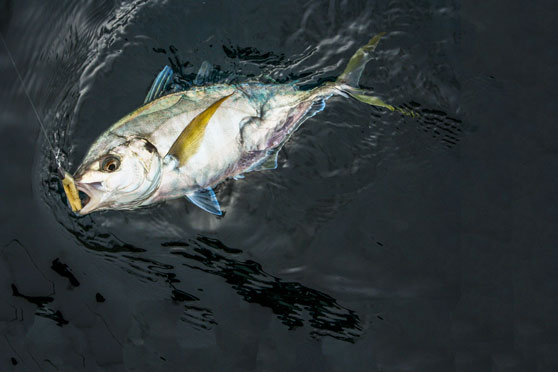 Trevally is a desirable winter catch. Common in northern coastal waters from June until October, we often catch them on soft plastics when fishing for winter snapper.

Trevally spawn in spring, so they feed heavily during the winter months to put on condition. They frequent reefs, harbours and beaches where they can be targeted with shellfish baits fished on 3/0 or 4/0 hooks. Trevally like a bit of tidal movement, so they regularly enter harbours and estuaries, but they prefer clean water and move out after heavy rain.

For boat fishers, one of the best ways to catch trevally is to anchor up-current of some structure and set up a berley trail. Harbour breakwaters and wharves are good places to fish, as are shallow reefs, headlands and islands. Mussel berley works well on trevally, but any berley will do.

Fish down the berley trail with stray-lined baits of tuatua, mussel or small pieces of pilchard or shelled prawn, drifting the baits back towards the structure.

Keep sinker weights to a minimum, or use no weight at all if conditions allow, with light traces and small, strong hooks.

Trevally are dogged fighters, but their mouths are soft, so play them carefully on the line and use a landing net at the boat to prevent tearing out the hook.

These fish can be very lineshy, particularly in clear water, so light lines and inconspicuous terminal tackle are the way to go. Combine trevally’s fondness for structure with light tackle and they can be challenging to bring to the boat.

Trevally is excellent on the table. The flesh is firm and flavoursome with great texture; it makes brilliant sashimi and is especially good in Asian-style dishes. Trevally is best eaten fresh as it does not freeze well. 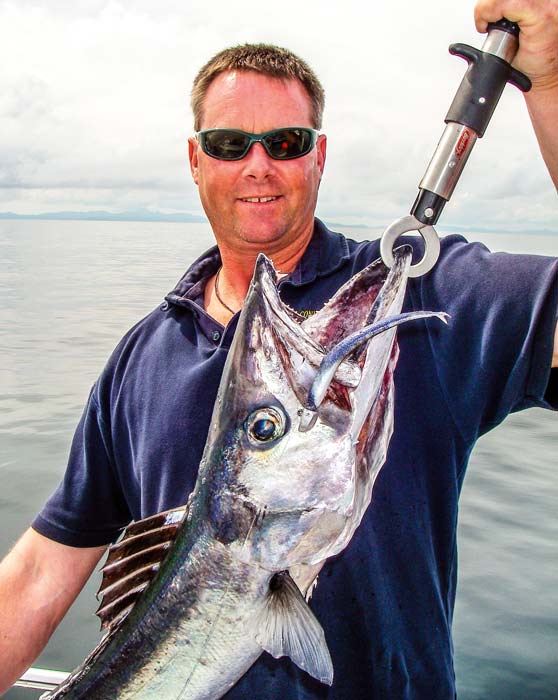 A less welcome winter visitor to northern waters is the barracouta. Common in more southerly waters, this fish is largely absent in the north during the warmer months, but usually turns up in May or June.

The barracouta is an active schooling predator most commonly taken in moderately deep water where bait schools abound, but also found inshore where it hunts over reefs in packs.

Barracouta get a bad rap. With their sharp teeth, they take a fearsome toll on terminal tackle, which doesn’t endear them to snapper fishers. Their reputation for hosting parasitic nematode worms, and sometimes a microscopic parasite that causes the flesh to go soft and milky, only reinforces the poor opinion many fishers have of this species.

Most Kiwi anglers don’t regard barracouta as fit to eat, though they were highly valued by Maori and the same species is a popular food and sport fish in South Africa, where it is known as snoek.

In reality, barracouta is fun to catch on appropriate tackle. It is an excellent sport fish reaching 1.5m in length. However, a 6kg ‘couta is considered large and the bigger fish are usually taken from deep water and; inshore fish tend to be smaller.

Enthusiastic lure takers, barracouta slash at anything shiny, including swivels, so biteoffs are a regular occurrence. Barracouta also take cut baits, whole fish baits and any live fish they can manage. Once barracouta take up station in the berley trail it becomes all but impossible to catch anything else.

There’s a profitable commercial fishery for barracouta with the catch sold as bait, canned as ‘smoked fish fillets,’ or exported to South Africa. Look out for the tins at your local supermarket. Fresh barracouta is decent bait for deepwater species like hapuku.

There’s certainly no justification for killing and discarding barracoota just because it is a nuisance catch. While these toothy critters are difficult to handle, with care and a pair of Boca grips, it’s easy enough to unhook and release them unharmed.