Blue cod is an iconic South Island fishery. Blue cod 3 is under the spotlight with Ministry proposals that will make it harder for east coast fishers to take home a reasonable catch. Around Christchurch, daily bag limits have been slashed to two per person while bottom trawlers go sweeping past not far from the shore.

A century of bottom trawling has reduced the numbers and range of fish available to people fishing to put food on the table. Abundant red cod, groper, gurnard and kahawai schools have long gone so blue cod is king. In July last year, Fisheries New Zealand introduced a traffic light system that many recreational fishers have deemed “unfair”. In some areas, including around Christchurch, the daily bag limit has dropped from 30 to two per person.

Recreational fishers want to look after the blue cod fishery but struggle to accept a 93% cut to their bag limit while bottom trawlers can still operate within sight of the shoreline. Commercial fishers have exceeded their total allowable catch limit in 16 of the past 20 years and the Ministry's chief executive has approved commercial fishers taking around 10,000 blue cod every year as "recreational" catch. Another issue is that Fisheries New Zealand have no reliable stock assessment for Blue cod 3. There is concern that overfishing is occurring in localised areas.

In early discussions with Fisheries NZ, recreational fishers accepted that in some areas the bag limit would drop to 15, 10 or six per person. However, to get widespread agreement there would have to be meaningful cuts to commercial catch limits and more monitoring to ensure actual catch is within their allocation. After all the discussions and working groups, Fisheries NZ emerged in 2020 with new rules that didn't match what had been discussed. What we do know is that bottom trawling damages the benthic environment.

Trawling and potting is continuing in the same areas where individuals are now restricted to two blue cod per day. Recreational anglers hope that the Minister will take a precautionary approach when making decisions for the future management of Blue cod 3.

If you want to have your say on this issue, simply make a submission to Fisheries NZ using this form. It only takes a minute. For more information about Blue cod 3 and the current review click here. 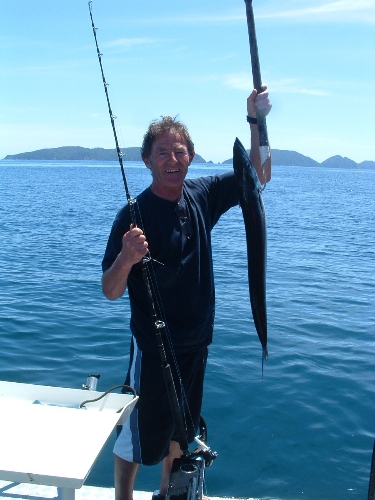