The Auckland Outboard Boating Club (OBC) and its members continue to be at the forefront of recreational fishing good practice.

Last night, the executive voted to run all its competitions on a measure-only basis, giving the anglers the choice to either keep or release their catch while still being eligible for prizes.

“Using measurement as the criteria for assessment provides the foundation for anglers to make the best decisions for our precious resources,” Grant says.

"Fishing contests have traditionally focused on killing and weighing the biggest fish and the prognosis for a dead fish isn’t exactly rosy. Photographing the fish on a measure empowers contestants to keep as many of the best-eating fish they need while releasing any others. That means OBC members can potentially be rewarded for a significant catch and have the option to release it.”

The OBC Events Manager, Erin Marmont, recognised the potential of using measurement some time ago and introduced measurement for the OBC women's tournament in 2015. Last night's decision by the Executive endorses Erin's early commitment to shifting the focus on what's best for the fishery.  Leading by example is nothing new to the OBC, whose adoption of measure-only across all its events continues a track record of notable milestones in sustainability and best utilisation of our resources such as the Kai Ika project with the Papatuanuku Marae. 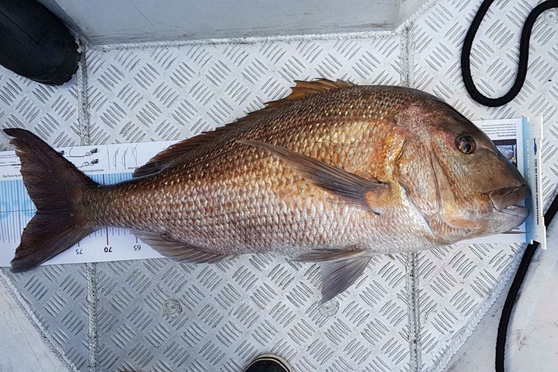