Photo: The Riedinger family are re-united with their boat which was given a major overhaul as part of the Suzuki Ultimate Marine Makeover project.

While last Wednesday was a red-letter day for Suzuki Ultimate Marine Makeover winners Whitianga’s Riedinger family – Jason, Nicola, Ella and Casey – it got even better on Saturday.

The family’s 33-year-old Mclay was chosen as the recipient of the Suzuki Ultimate Marine Makeover where the boat was given a major refurbishment from the trailer up, including new paint and upholstery, electronics and a Suzuki 90HP Four Stroke outboard. The boat, renamed Oarsumm, was revealed at a function hosted by Auckland’s Outboard Boating Club.

Jason went for a quick shakedown with the Suzuki and Humminbird reps on board and then it was back to Whitianga where the family made the most of some calmer weather on Saturday for their first outing.

While the fishing wasn’t great, it was an exciting day for the Riedingers,  finally getting back out on the water again in their old but now very much upgraded and trustworthy craft. 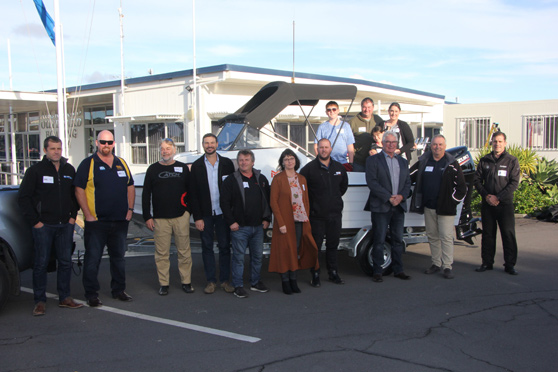 There were many businesses and organisations which contributed to the Suzuki Ultimate Marine Makeover project. Oarsumm is put through her paces out from the OBC following last Wednesday’s handover. Casey couldn’t wait to go fishing with the new Catch! jigging outfit and lures that came as part of the UMM package. 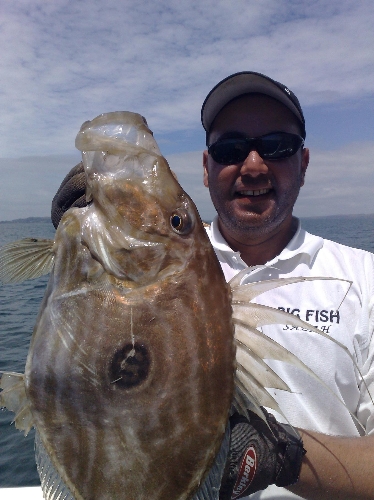