Operating under Medea Fishing Company Limited, local brothers Adam and Nat Davey are prominent in the recreational fishing scene and have been working in the Northland fishing industry since they left school. From the outset they had expansion plans and purchased an 8-metre boat Messina and a commercial quota. In 1998, they upgraded to a 10-metre boat Moana which enabled them to fish further afield and could hold three tonnes of chilled fish.

Their fleet was expanded further in 2000 with an 18-metre purpose build commercial fishing vessel Medea and again in 2009 with an 18.3-metre boat that operates as a dedicated crayfish vessel. With the challenge of fishing in New Zealand waters, the brothers considered fishing outside the 200-mile zone, but soon realised their commitment was to the Far North and creating opportunities locally.

A new and bigger boat was needed, and with an increased fish quota, and Fish Receivers Licence they could expand their operation and sell locally. The Davey brothers had in mind the future generation of Northlanders. Adam and Nat have used their entrepreneurial bent to the economic and social benefit of the community. They looked locally for a boat builder, selecting Opua-based Bluefix Boatworks to build Manakai, a 23-metre commercial bottom-lining fishing vessel.

This resulted in Bluefix Boatworks employing 10 extra staff to enable this build to be completed in time for the next fishing season at the end of 2020. Other local businesses such as lawyers, marine electronics, engineering services, hydraulics, scaffold and equipment hire also benefited. But the brothers have also been motivated by other more intrinsic values.

Over the last 20 years they have employed and paid for local youth to get their deckhand certificate and Skipper’s ticket, creating opportunities for their future and providing a formal education that many lacked. They have worked with careers advisors and the Far North Police with their Youth at Risk programme. Many of the young men have gone on to skipper their own boats both in New Zealand and offshore.

Adam and Nat will use the $30k grant to boost the technological fish finding capability of their fishing fleet with a WASSP Multibeam that can profile the seabed up to 100 times faster than other systems.

This will support their commercial operation and contribute to employment and economic opportunities locally. This year Top Energy received 16 applications for its Business Development Fund. The judges admit they always find it difficult selecting a winner from the high-quality applications they receive, but the Messina Trustees Limited submission stood out as it offered the biggest economic impact and opportunity.

Top Energy launched its Business Development Fund in 2014. The scheme is designed to encourage and promote economic growth in the Far North. Grants of up to $30,000 are awarded twice a year for local business ideas or initiatives that have the potential to grow or diversify the Far North economy.

Yamaha has just released what it is calling its most feature-rich v6 outboard ever.... more > 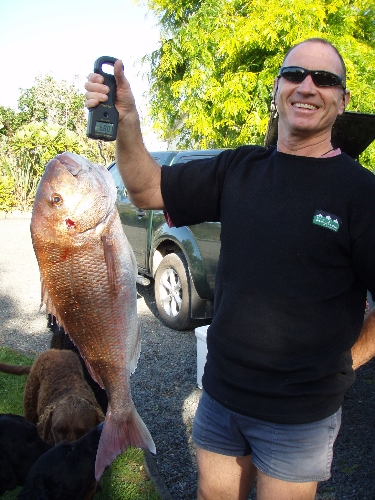