Daniel was fishing with his father Nathan and Tony Tucker aboard Nathan’s Westcoaster Shamrock in the vicinity of Mayor Island when he hooked the fish on 37kg stand-up tackle.

They were deep dropping baits during the daytime in good conditions – 8-10knots of south easterly wind. An hour earlier Daniel caught an estimated 80kg fish which he brought to the tag pole in about 25 minutes.

The next time he hooked up, things were a little different. He was attached to this tough adversary for four-and-a-half hours before they finally had the second fish subdued alongside.

Nathan says for the first two hours plus the fish stayed relatively close to the surface before diving and staying deep for the remainder of the scrap, typical broadbill behaviour.

“Daniel worked hard on the fish, grinding it up in low gear for the second half of the fight,” Nathan says.

He managed to get his hand on the leader three times, but each time he was forced to dump it as the fish still had plenty of fight left.

“It was a tough fish right to the end.”

Daniel’s fish is the potential new world junior record, a mark currently held by another Kiwi angler, Sam Yendell, who landed a 212.4kg swordfish in July 2017.

Neither Daniel nor Sam’s fish is the heaviest caught by a New Zealand junior angler. That mark is held by T. Franich who landed a 307.0 swordfish at Great Barrier on 37kg tackle in 2002 but may not have applied for the International Game Fishing Association (IGFA) record.

The swordfish capture on Friday May 14 – Daniel was taking a ‘marine studies’ day according to his dad! - caps off a great season for Daniel so far. A month earlier he was fishing with Nathan on what was Shamrock's first day out for the family who had just purchased her, when he landed a 78 kg yellowfin – a NZSFC junior record claim. The following day, fishing with a friend aboard Undertaker, Daniel landed a 26kg shortbill spearfish, another national junior mark. These fish can be seen below. 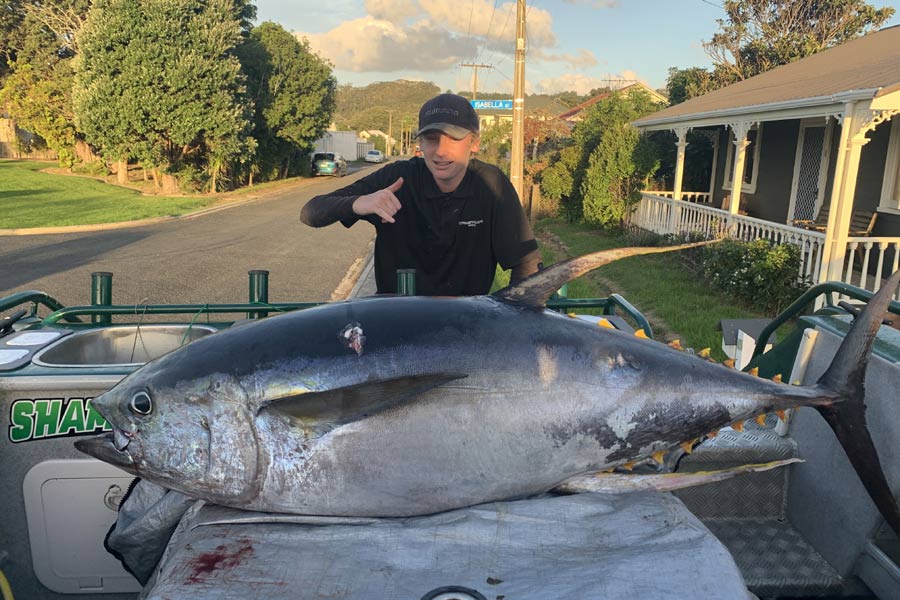 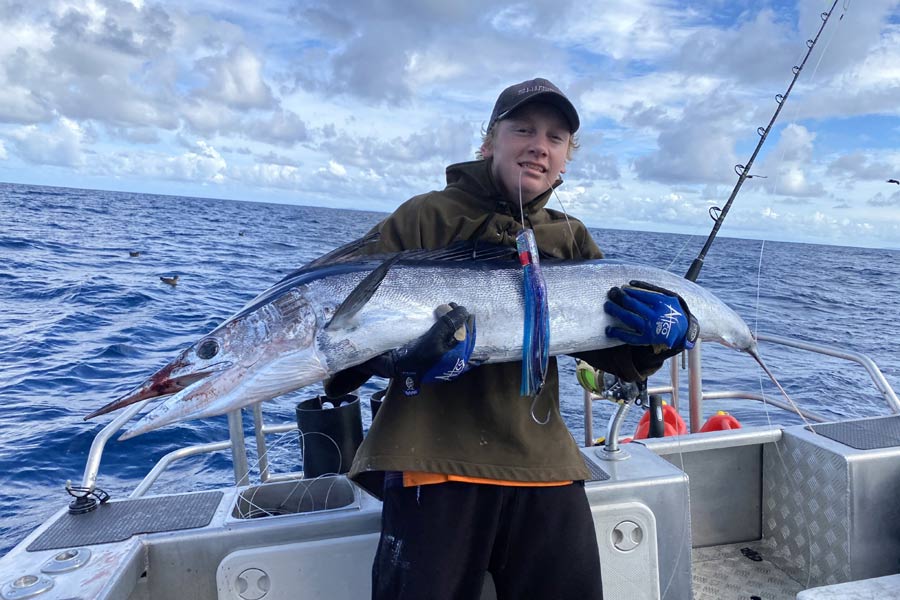 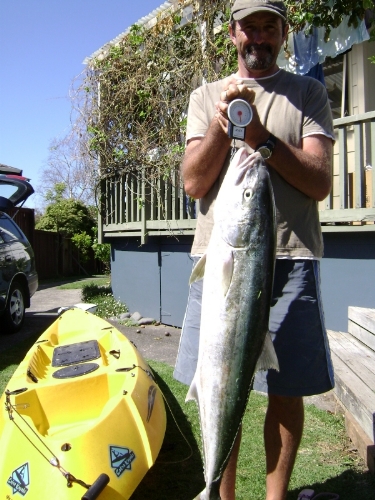 12kg kingi on softbait from kayak - off papamoa beach