The new year may have started, but with the 2019-20 season of the DB Export New Zealand Fishing Competition wrapping up on March 31, it’s not too late to submit a catch and make a name for yourself on the leaderboards.

Even if your catch isn’t a podium contender, there are still monthly catch prizes valued at more than $1,000 drawn at random. These are the joys of the DB Export New Zealand Fishing Competition; regardless of whether you’re a certified salty vet or a weekend wharf warrior, everyone has a chance to compete and take something home – and entry is free!

The DB Export anglers got busy over the new year period with bountiful numbers of catches rolling in. Surprisingly, it was the often idling tarakihi leaderboard that delivered a literal 1-2 punch. Gisborne angler Richard Brown came in swinging with two tarakihi measuring in at 56 and 55cm respectively. As they were caught on different dates, both were eligible for the leaderboard. This means Richard now holds first and second position in the tarakihi division, knocking Paul Laugesen’s 54.5cm fish from pole to third.

Many of you may’ve noticed The Furuno Snapper World Cup – a separate competition being held on the site.

“The Furuno Snapper World Cup has a proud history dating back to the major multi-day event our company hosted annually, so we are keen to see as many people given the chance to get their name engraved on the trophy as possible,” ENL Managing Director Gareth Hodson says. This season’s Furuno Snapper World Cup began on September 26th, 2019 and concludes on 31st March, 2020.

How does it work?

All snapper submitted to the DB Export New Zealand Fishing Competition between these dates are automatically entered into the Furuno Snapper World Cup, which has $2,000 worth of Furuno gear to be won, as well as a day on a top charter. For more information on this comp and to view the leaderboard, simply select the ‘Snapper World Cup’ option on the DB Export NZ Fishing Comp’s main menu. The trophy will be presented at the 2020 Hutchwilco Boat Show in May. 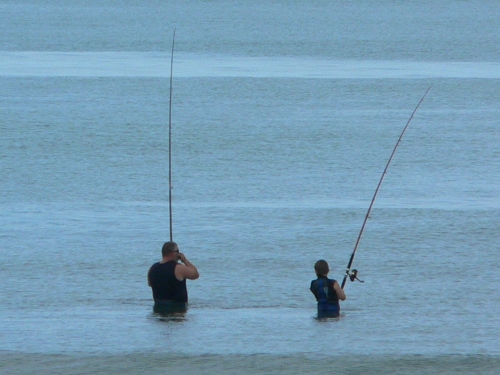