Could this be a world record?

Records are made to be broken. However, the IGFA snapper world marks almost seem untouchable. Mark Hemmingway caught the All-Tackle world record of 17.2kg on November 1992, at Motiti Island.

In most people’s book, a 17kg kingfish is a nice catch but a 17kg snapper is quite amazing. It begs the question; left untouched, how big could a snapper grow?

In a previous article, we have covered off all the snapper records and where one might go to eclipse the current crop of 30 pound, line class records. With more and more big snapper released -something we strongly encourage - one day a fish may just come close.

On March 14, 2021, it is possible that one such fish may have given the All tackle record a nudge. Areil Tagao fishing at  Ruapuke on the west coast – a dangerous rock spot on the calmest days – hooked up to a massive fish. Using 40lb mono, Areil eventually landed this monster  snapper and knew he had a big fish on his hands, but with no scales or measure mat and perhaps not recognising the potential of his catch, he filleted the fish on the rocks before taking it home. 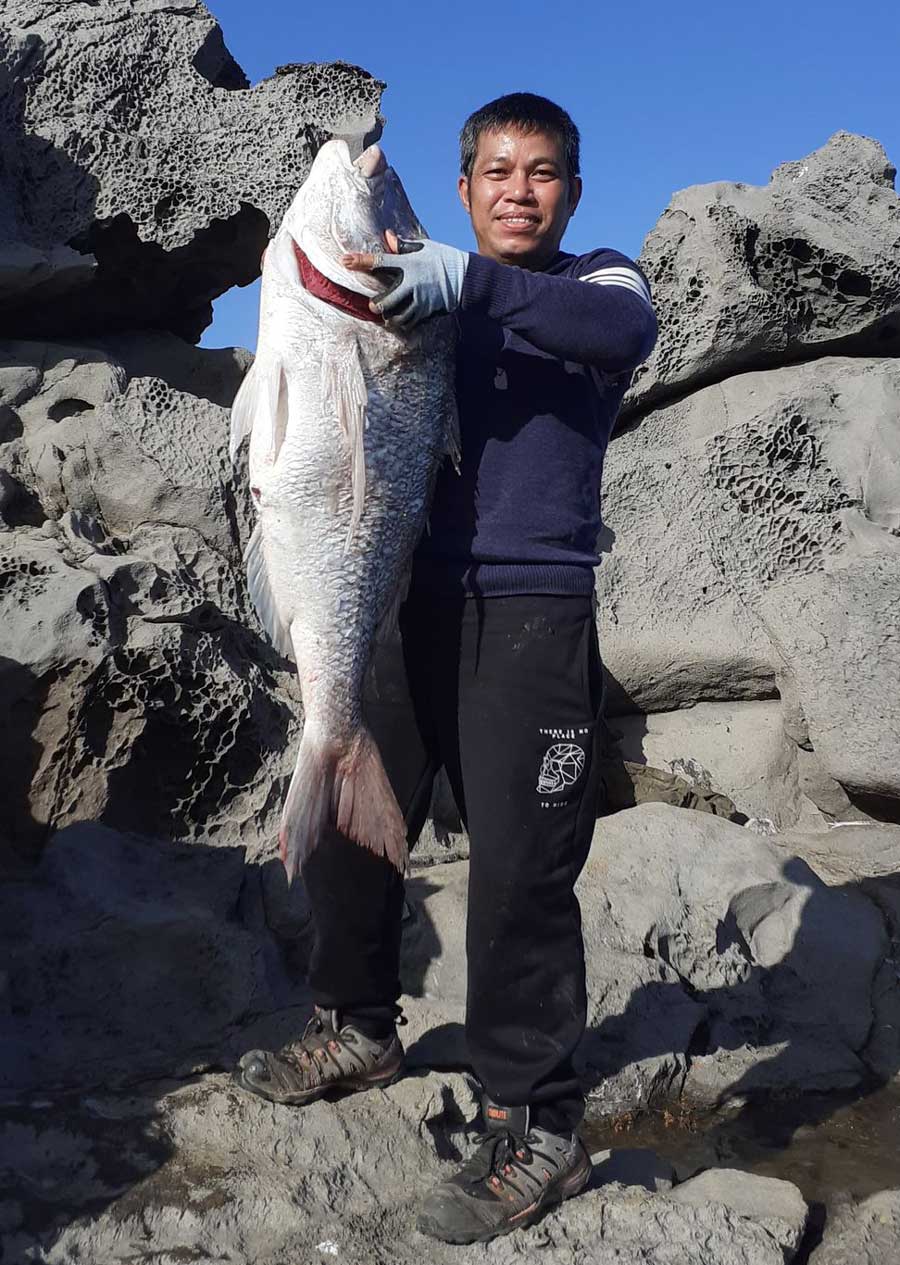 He did, however, measure the fish with his hand span and, on his return to home - measured that span. Assuming Areil was reasonably accurate with his measure, the fish taped out at over a metre, and from the photos, it appears to be in excellent condition. Now it must be stated; there are many variables and what-ifs in play. And Areil is not claiming anything or suggesting the weight, merely just telling us his story. This set of tables created by the late Eric Morman is considered to be the most accurate indication of snapper weight v length.

It’s clear from the photos that the fish is a tank and is a huge snapper. A fish that we suspect is easily in the 30-pound class. But what it finally weighed or measured is now just another fishing tale, but it does give hope to many that the world record just might be attainable. It also tells us, that at a very lease, carry a measure mat with you just in case. 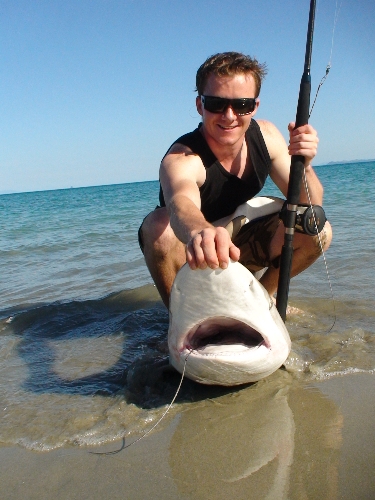