A clear ‘appetite for action’ was witnessed at a recent gathering of Hauraki Gulf stakeholders at Auckland’s Outboard Boating Club, with a number of proposals brought to the table to kick-start the process of restoring the Hauraki Gulf.

Called by the kaitiaki (guardians) of the Noises group, the Neureuter family, the gathering of Auckland boaties was an initial opportunity to discuss the preservation and regeneration of the Hauraki Gulf marine environment.

Attended by recreational fishers, researchers (Dr Dan Hikura, Senior Lecturer of Maori and Pacific Studies at the University of Auckland and Dr Nick Shears, Associate Professor in Marine Science at the University of Auckland) and commercial fisheries (Volker Kuntszch, CEO of Sanfords NZ), the evening was presented as an opportunity to listen to various standpoints on the health of the Gulf, and consider new means of caring for it.

A number of key points were raised regarding recreational vs commercial take; the overall state of the Hauraki Gulf; and the action needing to be taken to protect the overall mauri (all encompassing health) of the Gulf.

Despite passionate calls from the audience for different forms of protection, Dr Nick Shears alerted attendees to the fact that, according to the State of the Environment Report 2017, of the 15 main species observed in the Hauraki Gulf, three are ‘likely not overfished’, two are ‘likely overfished’ and the remaining 10 have insufficient data to ascertain at what level they are surviving – a clear indicator that more research is needed into the health of stocks in the area, before implementing wide-ranging management plans.

After hearing from all parties regarding their involvement in the Gulf, the Neureuter family, after extensive research regarding existing protection methods and the effect of existing marine reserves on the Gulf, presented a proposal to attendees, to create a protected area around the Noises group.

A ‘protected area’ is different to a marine reserve in that there is flexibility around what restrictions could be put in place. While in marine reserves there are strict ‘no take’ laws, protected areas were more flexible in their allowances. For example, marine protected areas could forbid anchoring and dredging, to protect key marine environments (e.g shellfish beds that are home to juvenile fish), but still allow drift fishing, diving and other methods of harvest that do not negatively impact the seafloor.

While only an initial suggestion, the potential for regeneration was met with interest from the group, with an appetite to explore it further. Regardless of how it’s done, it’s clear that there is a need for action to protect the precious Hauraki Gulf, for generations to come. 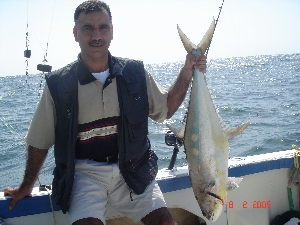