A North Island native, Renee Taylor packed her bags for a southern subsistence mission to explore more of New Zealand’s natural beauty. In doing so, she confirmed just how lucky we are to live in Aotearoa...

There’s really nothing quite like exploring your own backyard, and the South Island of our beautiful country is a real testament to this. These days Kiwis are all too quick to pack their bags and head to the tropics for their ocean-going holidays. Don’t get me wrong, a trip to Indonesia or the Pacific Islands for some diving and spearfishing is definitely always on my list and a must-do, but never underestimate the absolute beauty that is Aotearoa.

Recently, I was fortunate enough to experience the south in a way that will hopefully inspire other Kiwis to also turn their dream missions into reality. Go get amongst it! Cue Puckey, my new partner in crime and diving sidekick. The perks of Puckey are that he lives in the South Island, likes to spearfish, enjoys taking photos in and around the ocean and comes equipped with a Land Cruiser kitted out for adventures, complete with a Fenton rooftop tent and a rubber ducky inflatable in tow.

We were truly set for an adventure. Now, this isn’t a story on diving for pelagics or week-long spearfishing liveaboards; it’s more of the “subsistence” variety. It’s about simple living – exploring our blue backyard and living off the land and off the grid for a couple weeks. It’s truly the best way to restore sanity in today’s chaotic world and reconnect with the land and sea.

My first tip for a South Island roadie: avoid peak summer season! We went in November so the weather was warm enough and the roads were nice and clear. There were minimal campervans and no crowds. All packed and ready to go, we started at Wanaka, went up the wild west coast, found our way through Takaka and Marlborough Sound, then travelled back down the east coast via Kaikoura, cutting back through to Wanaka just in time for my best friend’s birthday hoedown. Easy. This is a trail well-travelled by Kiwis and tourists alike. We didn’t have any real plan and decided when and where to move day-by-day depending on how we felt at the time.

Cruising up the wild west coast was, as expected, absolutely stunning. Living up to its reputation, it was also far too wild for a rubber ducky ocean excursion. Opting for the safer option, we decided to enjoy the coastal views from the comfort of our rooftop and spent time enjoying in-land adventures. If you get the west on a calm day, I’ve heard it makes for excellent diving, so I guess it’s just an excuse to return again! We moseyed on up through some beaches with no names, got kissed by sand flies in Okarito, were spoilt with Kiwi hospitality by the locals in Punakaiki and learned some of my whanau history in Greymouth and Taylorville. Okay, no kaimoana just yet, so we shot up to the sunny north (of the south) to Takaka. 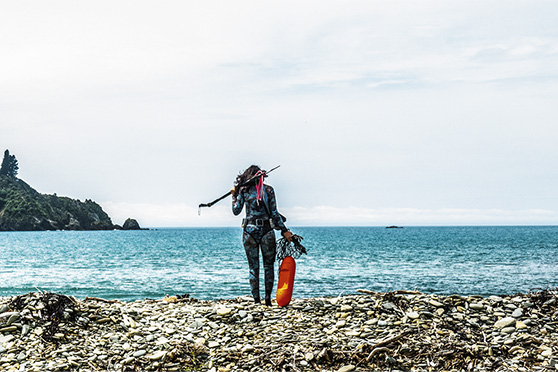 While Renee enjoyed the challenge of gathering dinner, she got just as big a buzz out of exploring her underwater environs.

South Island roadie tip number two: camp three, then AirBnB. This was our motto, and despite what some might say, it’s definitely not cheating! While I absolutely love camping and being at one with nature, from time to time, I also quite enjoy some of the finer luxuries in life, like a shower. So, if you agree with me, then this little motto will suit you just fine too. Most days we would resemble a scene from the movie Cast Away, Puckey obviously being Wilson and myself, Tom Hanks, so picking an AirBnB to freshen up was a real treat. And what better place to live the good life than in mesmerising Takaka and Golden Bay. And again, living up to its expectations, this place was spectacularly sunny and golden.

After checking into our humble abode, which was surrounded by native birds (the serenity was almost like being at Bonnydoon…), we headed to te moana, the ocean. No seafaring adventure is complete without some good old-fashioned boat-ramp bickering. The passive-aggressive commentary really made for some extra special bonding time: “It would help if you put the car into drive…” You really get to know each other when trying to launch a boat (tip number three: skip the $10 boat ramp fee at Pohara Bay and shoot across to Tata Beach public boat ramp). After finally getting on the water we snagged some of the delicious mussels the area is famous for while exploring the beautiful private bays. We even managed to rescue a pair of French tourists who were stranded on a small patch of beach on the incoming tide! Heroes, you say? Yeah, go on then.

We then travelled across and experienced the beauty that is the Marlborough Sounds. Nipping down to the east side of Marlborough, we found some spots that produced paua like I’d never seen before. Maybe that’s just my naive North Island mentality, but it was so cool to see! We took only what we needed for our dinner that night – red wine paua goulash with freshly speared blue moki sashimi coming right up! The hungry weka family seemed to like the food choice too. Next stop, Kaikoura. 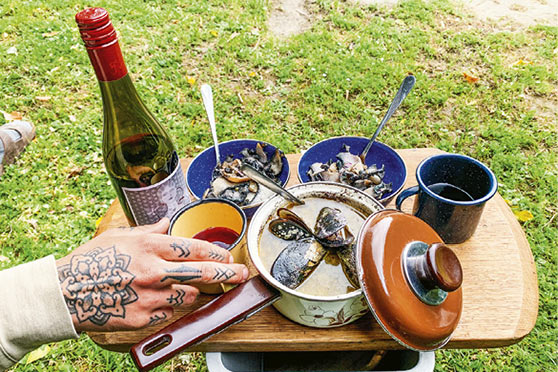 Paua and mussels, courtesy of the east Marlborough coastline.

Up until this trip, I never could have guessed just how epic Kaikoura is. Again, there’s my naive North Island mentality. I mean, how can you top it? In only one day we managed to surf, consume top-notch coffee and treaties, push the boat out for some diving and spearfishing and see endless dolphins and seals flipping around, all while surrounded by snow-capped mountains – it was heaven. Launching from South Bay (complete with that good old fashioned boat ramp bickering which kept the locals entertained), we didn’t need to head out far before finding a perfect little spot to anchor up and catch dinner. Puckey was on cray duty – I’m terrified of moray eels so opted out of that task.

“We only need one so choose wisely,” the subsistence huntress ordered (that’s me). As for myself, I thought I’d have some fun using my pole spear to collect a couple of butterfish. It didn’t take long to catch just enough tea for two, which is my favourite way to dive because the rest of the day was spent playing in the ocean and admiring all that lives in the liquid blue. (Tip number four: leave the paua alone in Kaikoura! Gathering paua has been banned since the earthquake to help support the regeneration of stocks.) 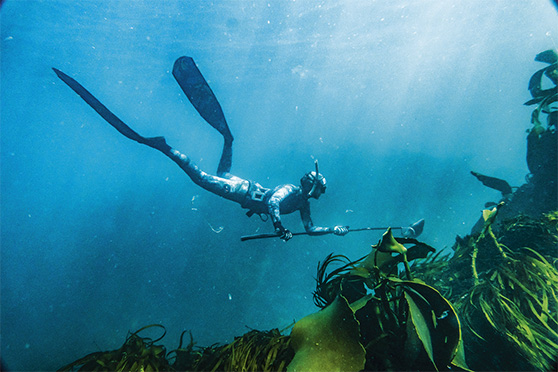 Our Kaikoura evenings were filled with the most ‘eyegasmic’ sunsets you’ll ever see. We camped right up on the beach with sun-kissed cheeks and the waves lapping at our feet. Our tummies were filled with crays and butterfish from the firepit, and our hearts set on coming back to stay in this wonderland again.

So, before you make those great overseas escapes, take some time get to know this place – become connected to your home and be proud to call it yours. 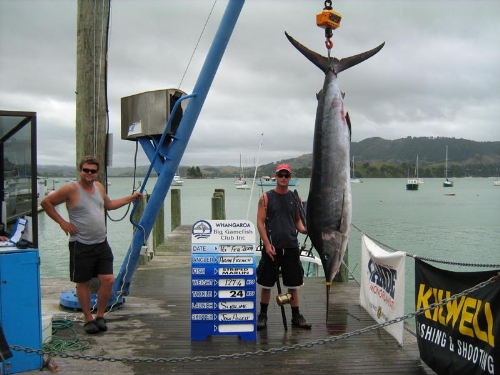