Where to find Bluenose

Bluenose are generally in water depths over 250m plus. Found on low lying foul and deep reef structures. It is often said that when you find good bluenose schools you will also find a good broadbilll fishing ground as the broadies love them. They are another of our great table fish and fresh bluenose fillets are to die for…..

Knots and Rigs for Bluenose 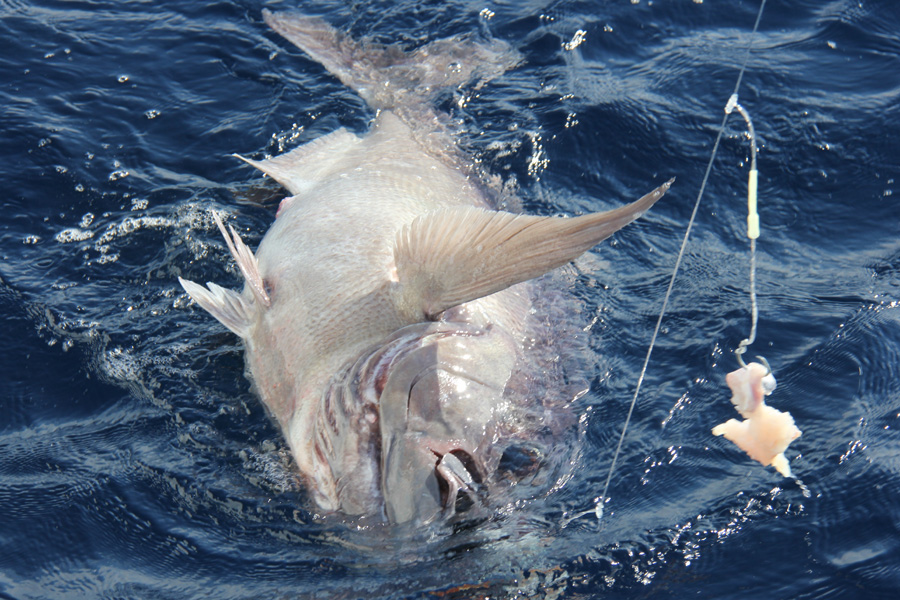 A two hook ledger rig with a size 14/0 circle hook is the best rig. The rig is the same as used for Hapuku and Bass. It pays to attach a break away leader to the sinker (lighter than the main trace line) – this will save losing all your gear if fouling up in the bottom or being reefed by a monster.

Fishing with braid is almost a must now; it allows you to feel the bite in the much deeper water (sometimes 200m plus). Even though you do not strike the fish (as the preferred rigs are generally made using circle hooks) it does allow you to keep in good contact with your bait.

When the bite does occur the rod tip will generally start bouncing. The trick here is to wind as fast as you can, this will role the hook into the side of the mouth of the fish - then hold on.

A light stick attached between the rigs will also help attract the fish in these depths. 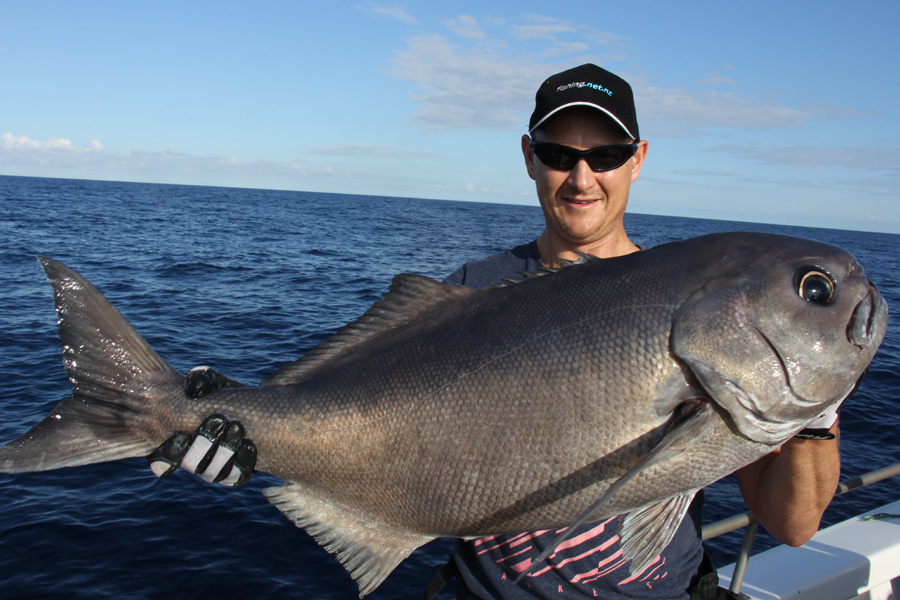 Bluenose have extremely large eyes to see prey in the dark depths of their normal habitat. They love to feed on squid, the large eyes helping them see these fast moving prey.

This could also be part of the reason why broadies like to hang around bluenose schools, as squid is also a favourite food of the broadbill. 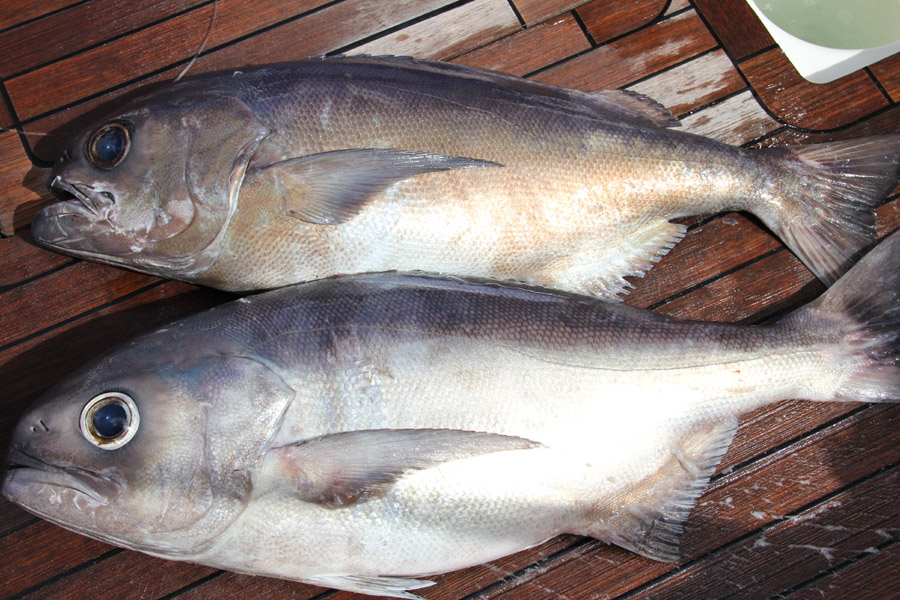 Bigger broadies love bluenose as well, proven by the fact that they are often found in the stomach contents of broadbill.