Despite a lot of discussion in recent years about changes to whitebaiting regulations, the recreational regulations will remain the same for the upcoming season. The main whitebaiting season begins on August 14 and continues to November 30 (with a shorter season on the South Island’s west coast from September 1 to November 14). Interestingly there is also a later whitebaiting season on the Chatham Islands that runs from December 1 to February 28 – perfect for a late season whitebait holiday, writes Peter Langlands.

While many agree that a great number of freshwater ecosystems are under environmental stress, most freshwater scientists assert that the lack of spawning habitat is the primary threat to whitebait and most likely the limiting factor for whitebait populations. In regions where good spawning whitebait habitat remains there are still strong runs of whitebait. The extensive area of wetlands created in the lower Waimakariri River (Canterbury) by the 2010 earthquakes created a lot of whitebait spawning habitat and over the last eight years the lower Waimakariri and adjoining Kaiapoi Rivers have had good whitebait catches. It is important that community groups, DOC and landowners protect and enhance river margins to sustain whitebait spawning habitats.

While regulations stayed the same for the 2019 season, there may be changes in the longer term, although with the election taking place next year the Green Party may play it conservatively and not introduce any significant changes for 2020. This, at least, is the view of some commentators.

We must treasure and respect our opportunity to go whitebaiting. Going out with family or friends to catch just enough whitebait for a decent feed is the approach I personally promote. The experience of catching the whitebait is as much a part of the equation as eating it. Viewing whitebait as a bulk commodity to be harvested in as large amounts as possible is not, in my opinion, the future of whitebaiting.

Personally, I would like to see a basic license for recreational whitebaiting that provides funds for the purchase of wetlands to enhance and create further whitebaiting habitat. Introducing a licence would also assist with the management of the fishery. Another option is banning the sale of recreationally-caught whitebait which is a management tool that many whitebaiters agree with. Commercial whitebaiters should also pay a conservation levy that, like the proposed recreational license, is used to protect and enhance whitebait spawning environments.

As whitebaiters we are the “eyes and ears” that are spending a lot of time along our waterways so we have a responsibility to report any environmental impacts that we see, particularly in those locations out of sight of the general public. Maintaining good riverside habitats for spawning whitebait is critical for the fisheries' survival.

Here are ten tips to help you make the most of the season:

1. The season will often peak from late September to early November. In many southern areas catches will be slow in August and early September as whitebait are more active in the rivers when the water temperature lifts (from 12-18 degrees).

2. Watch the birds. Often the presence of shags, terns and herons will mark out areas where the whitebait shoals are. A heron actively stalking on the water’s edge is often a good sign (especially for those scoop netting over spotter boards) that a shoal of whitebait is on the way up. We are not the only ones that want whitebait for dinner!

3. Keep in touch with friends and other fishers. As whitebait often move in shoals, watching how others are getting on can be rewarding. Increasingly there is more activity about whitebaiting on social media. There are now several whitebaiting Facebook groups and if you read in between the lines you will get some useful information on top whitebaiting spots and times.

4. Work the tides. The big spring tides and the several days either side often produce some of the best whitebait runs. The last push of the incoming tide is usually when the largest shoals of whitebait pass through.

5. Look for areas in the river where the channel rapidly narrows as this will be an area where whitebait shoals are concentrated.

6. Be flexible with your fishing locations as environmental conditions change each year and the whitebait fishery can be very erratic.

7. Have a range of nets available to maximize your whitebaiting trips. Scoop-netting, set-netting and Southland socks all have their place – more gear means more ways to catch whitebait.

8. Take time to talk to others and share experiences on the riverside.

9. Take a friend, a partner or kids out when you go whitebaiting. This can be helpful when the shoals arrive thick and fast on the run. It is also a good way to introduce new people to whitebaiting – we want the tradition to continue!

10. Take a chilly bin and clean and chill your whitebait catch as soon as possible to maintain the whitebaits’ freshness and subtle flavours. 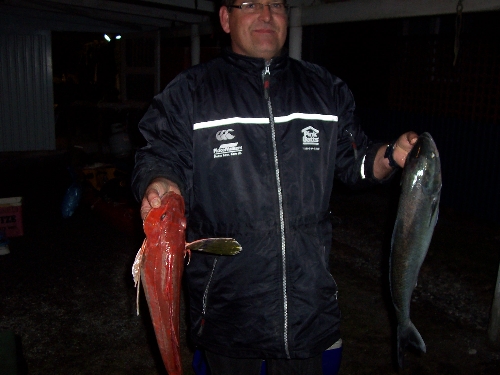