Put your hand up if you’ve come back from a fishing trip and cleaned the boat, trailer and flushed the motor, but neglected your fishing gear as you’re “only going to use it again in a few days’ time.” Or maybe you’ve come back in late and it’s dark and you just can’t be bothered. You know, the “I’ll do it tomorrow” attitude.

The most common causes for gear failure with rods and reels is neglect/lack of maintenance and the way in which people clean their gear. 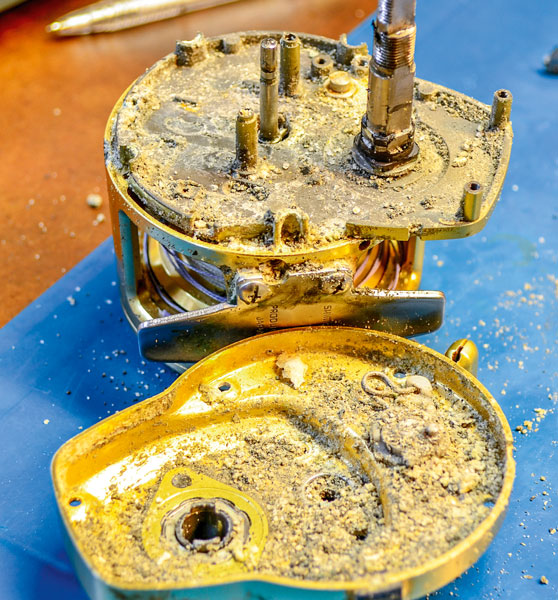 It really doesn’t matter whether you’ve spent hundreds on a rod and reel or got a bargain on some cheaper gear, it needs to be cared for and maintained. With a bit of preventative maintenance, you will get the most out of your purchase and can rest easy in the knowledge your gear is going to last you a long time.

There are lots of people who say, “They don’t make reels like they used to!” That’s true to a degree: many of the older reels had graphite bodies and only one or two exposed internal bearings, so there wasn’t much that actually went wrong with them. They could be abused a lot more than some of the current crop of reels which contain a lot more bearings (for smoothness), more metal and more moving parts.

Having worked in the fishing tackle trade for over 12 years, it’s safe to say I’ve almost seen it all while dealing with warranties and spending time fixing and servicing reels and damaged rods.

Saltwater is the number-one cause of issues relating to seized reels or guides on rods just ‘falling off’. It is important to make sure your gear is cleaned with freshwater after use and never stored away still covered in salt.

I have had people send in warranty claims for seized-up reels after only using them once. Most of the time these rods and reels have been left in one of the gunwale rod holders while the boat is underway, so saltwater spray hits the reel with force and finds its way inside. Salt spray makes its way either through the side of the spool, into the drainage holes of overhead reels, or up under the rotor and spool of spinning reels. That’s why it’s also important to keep your rods and reels stowed away in a sheltered spot until needed.

Generally, you only need to open the side plate of a reel to see what the problem is. Nine times out of ten the reel will have some form of salt or corrosion happening, or a bearing will be seized.

Rods don’t need as much maintenance as reels, but they do need to be cleaned after use, especially metal guides and reel seats. It is common for people to hardly ever take their reels off their matched rods. If reels are left on, salt will build up around the foot or under the frame, which can cause pitting or corrosion. 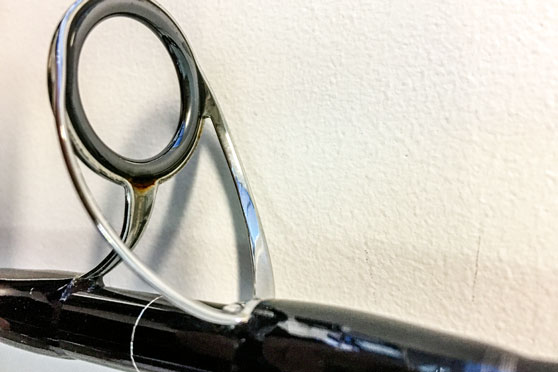 Although I am guilty myself of not always taking the reels off my rods, I do take them off regularly, especially when I’m not using the gear, just to maintain the reel feet and the undersides of the reels, which are easily overlooked.

If your reel has taken a swim or fallen over the side and you’ve been lucky enough to retrieve it, take it in for a professional service, ASAP. While bearings may well need replacing, if you have it stripped, cleaned and reassembled in a timely manner, corrosion doesn’t get the chance to attack any major parts. To put this sort of damage right can cost as much as the original reel purchase.

A new reel out of the box should have the perfect amount of oil and grease for its protection and functionality. However, if you’re a jet-ski fisher, kayak fisher or surfcaster, you may want to have a service technician pull your new reel apart and pack extra grease around parts that are more prone to corrosion or will be regularly exposed to the elements.

It’s usually people fishing from kayaks and jet-skis who have the most issues with reel corrosion, along with surfcasters who basically dunk their reels in the surf as they wade out to cast behind the breakers.

After every trip I line up all my rods and reels against a nearby fence, out of the way of the whole boat wash down process to avoid them getting wet.

The first thing I do is tighten up the reel drags. On spinning reels this ensures that no water can get into the drag stack and then travel down the main shaft and into the reel or anti-reverse bearing. Doing the same on overhead lever-drag reels will minimise the clearance between the spool and body, stopping water getting inside. For star drag reels it will stop water running down the main shaft.

Once all the reels drags are done up I place the rods on about a 45-degree angle and start hosing the rods only. If there’s no fence handy, grab each rod and reel individually and hose from the tip of the rod to the foregrip with pressure. If you use a Salt-Away product via a dedicated applicator, so much the better. This will get rid of salt water or salt build up around the guides and on the blank.

Once this has been done you can use a wet rag to wipe the foregrips clear of any blood and bait scraps. A solution of Simple Green will get the most determined grime off. 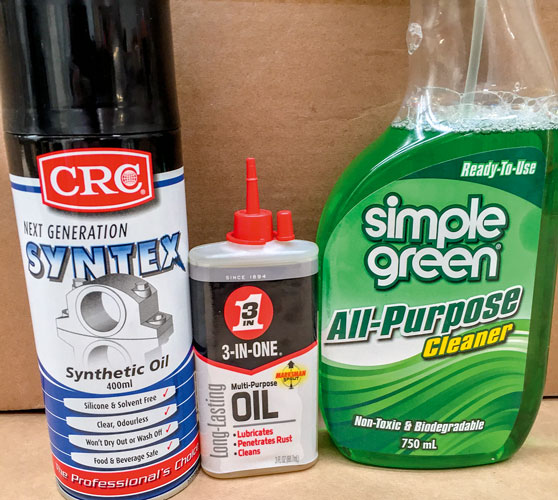 Stand back a metre or two and put your thumb tight over the hose end or use the mist function of the nozzle and very lightly and briefly spray the reels from above. This will dilute any salt water and loosen any salt crystals which may have built up on your reel, especially on a hot summer’s day.

You can run warm water over your spool and line to prevent spool corrosion underneath and to keep your line in good condition. Similarly, a careful wash in SaltAway will break down any salt deposits that might build up in the reel’s nooks and crannies.

From there I wipe the reels and rods down thoroughly with a dry rag, removing any remaining salt deposits.

Remember to back the reel drags right off before storing them. Leaving drags tight while your reels aren’t being used can compress the washers making, the drag ‘lumpy’.

After all the washing and drying has been done, it’s time to apply some light lubrication and protection. There are lots of products on the market for this, but ensure you know what they’re used for and their properties.

Be wary of any petroleum-based lubricants. These can thin out grease, which isn’t ideal for parts that need lubrication. Don’t go overboard with spraying your reels and be careful the product you’re using doesn’t affect the rubber handles, O-rings, seals and line.

Finish by applying a small amount oil lubricant on any parts that move – line rollers, clutch arms, handle and bail assemblies, clickers etc. Wipe of any excess and that’s it!

Store your gear in a dry area of your house, garage, shed or boat to prevent moisture damage or mould and have your reels serviced at least once a year – if you’re a keen fisherman who gets out most weeks, look at having them done every six months.

Keeping your reels maintained is going to save you money in the long run!

• Submerge reels in water to clean

• Leave the drags tightened after cleaning

• Clean your reels after every use

• Make sure the drags are tightened first

• Have your reels regularly serviced

• Store gear in a dry place 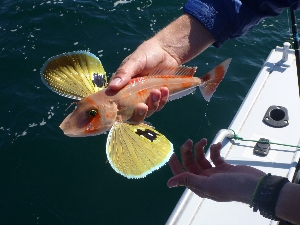 All the brilliant colours of a gurnard - north of waiheke