This is hard to put into words. After many years of fishing, incorporating the finer points of rigging and fishing that produce good results become almost second nature and are seldom given a second thought – until the time comes when you are not catching fish and must figure out ways to improve the situation.

The first thing you should have is a balanced rig. By this I mean a rod, reel, line, trace and terminal tackle that are designed to work well together and are suited to the task they are used for. This balance was mentioned a little in the first part of this series.
Rods and reels are designed for differing fishing tasks, but there can be considerable crossover. For example, a light spin rod and matching reel can be pressed into service spinning for kahawai, soft-baiting or stray-lining for snapper in moderate depths, catching baitfish such as mackerel or yelloweyed mullet, or casting for trout. 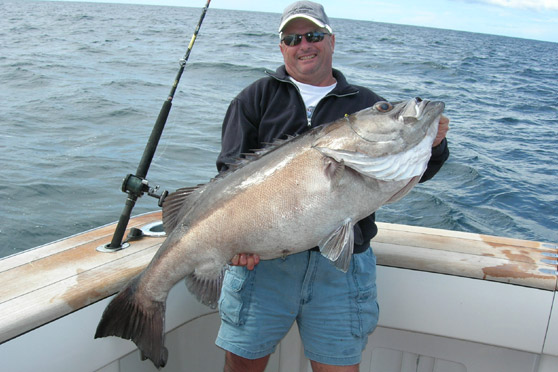 Because of the wide range of possible requirements and applications, I suggest finding a knowledgeable and experienced staff member at your local tackle store and seeking their advice.
Explain the kind of fishing you want to do, and give them an idea of what you are prepared to spend.
If just starting out, you may wish to start with a modestly-priced rig until you find out if you like fishing or not. But be aware that you get what you pay for, and reasonable quality tackle is easier to use than the cheap stuff, making the fishing itself simpler and more pleasurable.

There are no absolutes in fishing, but in general, fish are used to being encountering their food in a certain way, so the more realistically you can mimic this natural presentation, the more likely the fish, especially the bigger specimens, will bite.
Many people use trace material that is too thick, making it easier for the fish to detect (and refuse). And, because it is also stiff, the bait cannot move as naturally in the water. Taken to the extreme, when trying to loop hooks onto a ledger or dropper rig, the two thicknesses of line in the loop will not be able to fit through the hook’s eye. So, it is better to use lighter trace material, but not so light that it cannot stand up to the teeth and scales of the fish, or to a little rubbing on rocks and weeds.

It is relatively easy to catch small fish – such as jack mackerel or other baitfish - with light line and trace, little hooks and small baits. However, is not a good strategy if fishing for species such as snapper or blue cod. Many of the fish caught with small hooks will probably be undersized and need to be returned. The handling, hook wound and possible decompression damage caused can mean they do not survive and so are wasted. 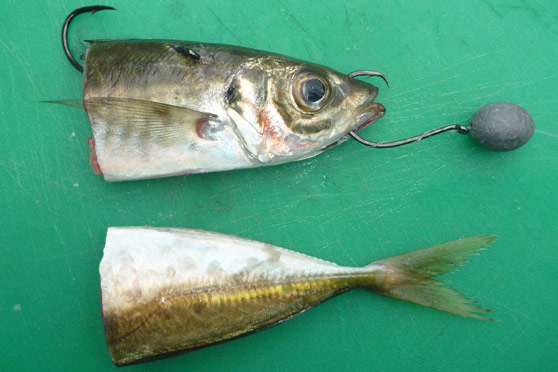 So, you want to find a balance – using an appropriate hook size, a leader thickness as fine as possible but still practical, and the lightest sinker that will get your line down to the fish in a reasonably efficient manner. But that doesn’t mean using line and terminal tackle so light and fine that you’re going to catch a lot of undersized fish or are unable to handle bigger fish if you hook them.
Use modest leader weight (say 4-6kg for baitfish; 10-20kg for fish like snapper, cod, gurnard, kahawai etc; and 40kg for big fish such as kingfish and hapuku/groper). The leader needs to be attached to hooks suited to catching legal-plus sized specimens of the species of fish you are after, with the lightest practical sinker incorporated. Such tackle will get more bites and catch more fish.

Some fish will eat a wide range food items, so consequently a number of baits can be used to catch many different fish species. These baits include: skipjack (bonito), grey mullet, pilchards and squid, along with baitfish like jack mackerel and piper. Other species of fish prefer specific types of food such as shellfish, crabs or crayfish. These picky eaters include desirable species such as blue moki and spotted smoothhound, which are well worth pursuing. Find out which are the common species of fish in your area and choose the best baits for them. 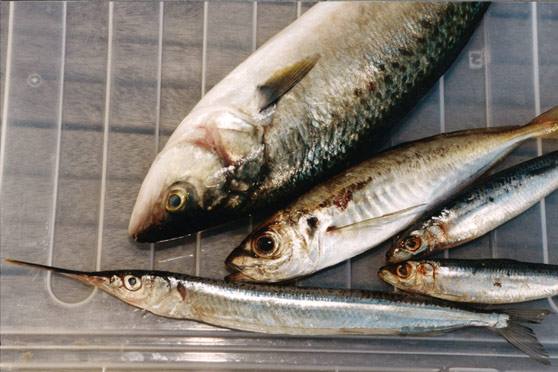 Popular baits such as skipjack, mullet, squid and pilchard appeal to a wide range of fish, so are good ones to start with. These are easily bought at bait shops and petrol stations. Some bait you can catch by netting or hooking (i.e. mackerel, mullet, piper, kahawai etc), or by gathering (various shellfish, sea worms, crabs etc).
When rigging a bait on a hook, there are several aspects to be aware of.
• First, cut your bait in an elongated shape and hook it up at one end so that it streams nicely through the water and doesn’t spin. This will allow it to sink and be pulled in more easily, and helps reduce one chance of introducing line twist (see part one of this series).
• If the bait is soft-fleshed fish, use a piece with the skin attached, and pass the hook through twice so the point and barb end up protruding from the flesh side. This makes the bait harder for fish to remove, giving you a better chance to catch them.
• Don’t choke the hook with too much bait or you will reduce the chance of the hook point taking hold.
• After baiting the hook, check that you have no fish scales impaled on the point. These will make it more difficult to hook the fish.
• Soft baits such as shellfish, crayfish or pilchard can be bound to the hook with bait elastic or sewing cotton to make the bait more robust.

Obviously, if fishing for the table, the fish you want to catch are those of more than the minimum legal size (so you can take them home and eat them), and preferably even bigger than this, as there is more flesh on a bigger fish.
There are ways to target bigger fish, but because there are many more smaller fish than big ones, this may mean missing out on a useful catch of more modest specimens – it is all a matter of balance.
Bigger baits equal bigger fish. While there are no absolutes in fishing, in the medium term this is a truism. If you use bigger baits, you will catch bigger fish overall. This is partly because the smaller ones cannot take big baits in their mouths, although they can nibble away at the edges. Another reason using big baits will help you avoid small fish is that you should use bigger hooks with them so that the hook point or points are not choked, as mentioned above.
I like to cast out a big, tough bait such as half a jack mackerel rigged on two large hooks (one a circle hook), and set the rod in a holder, leaving it there until a big fish hooks itself. This is so I am not enticed into striking too soon, before the fish has taken the bait properly. Although a reasonable drag needs to be set on the reel so the fish will hook itself, don’t set such a heavy drag that the line can be broken or the rod dragged away if a big fish strikes.

The use of smaller, live fish as bait is a very effective technique - one that most predatory fish cannot resist. Common live baits include jack mackerel, yelloweyed mullet, small kahawai, and piper - but most small fish can be used at a pinch, assuming they are of a legal size for the species.
Depending on the size of the baitfish, a wide range of predatory inshore fish can be hooked, including snapper, john dory, big kahawai and kingfish. Less popular live-bait catches include different shark species, barracouta and even stingrays, although the teeth of some of these fish will often allow them to bite through nylon monofilament traces.
Some ways of rigging live baits are shown hereabouts.
Using larger baits, such as whole or half fish, are a good way to catch larger fish, as are live baits. They may be fished off ledger (dropper) rigs, running rigs, or under floats. You may need to beef up the trace and hook size to match the size of the bait.
In next month’s final part of this series, Sam covers more fishing tactics, some simple lures, and staying safe while fishing.