The fishing around Whangarei has been phenomenal! I could end this report right here as it kind of sums it up, but… The harbour has its usual run of early snapper through it. Try areas like the Nook or Takahiwai with a straylined bait in a well set berley trail. Kingfish can also be seen smashing up the bait around the Manganese Point area, so it’s well worth a shot at livebaiting or throwing poppers/sticks around the poles and current lies. While you are in the harbour, you might as well slip over the side and grab a feed of scollies!

The Hen and Chicks have been a little hot and cold. Some nice kings are around and snapper, when they can be located, have been falling to bait, soft-baits and jigs. The Battle Ground area seems a little slow from all the reports I’ve heard to date but a good scout around the general area should see you coming up trumps.

Bream bay… What a horrible place this is at the moment eh? Snapper, kingfish and gurnard are present in numbers I’ve not seen for a long time on the east coast, accompanied by whales and dolphins that have been the highlight for many kids over the school holidays.

Most have been fishing deep – typically around the 30-45m mark which is where the lion’s share of the bait schools are currently holding. When it turns on, it is something special to behold – whales and dolphins smashing through big workups with snapper and kings feeding hard all around. When the bite slows off, it’s an appropriate time to pour a coffee, pull out some lunch and build the energy back up for the next wave of fish attack. We were out over the weekend for two days and had great fun with the kids. A lot of fish fell to slider-style lures. Early in the day lumo was working well but from about 11am on, orange definitely caught the most fish. Soft-baits, particularly the good ol’ 6” New Penny grub, did the damage. Gurnard, while we caught them on everything, definitely liked the Orange slider the best.

TBH – if you haven’t yet got out there, you NEED to DO IT! 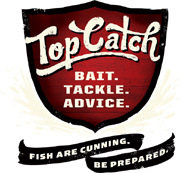 Catch were the first in the world to design a lure that has two completely different actions, depending on which end it is rigged from, aptl... more > 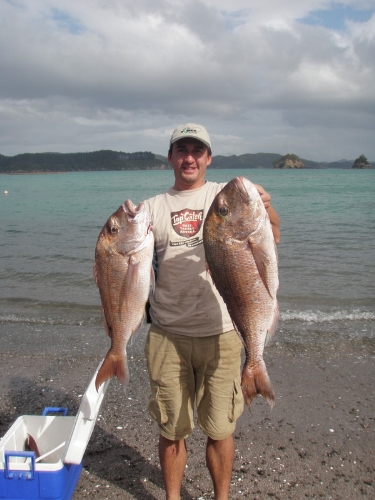