Red hot action in the capital

The fishing has been red hot for snapper lately, both from boat and shore. It is a shame the conditions haven't matched the action. You still must put the time in but there are some good fish around on all coasts and in the Wellington harbour.

Surfcasting is at its best when the water is clean and not too much swell. White Rock, Whangamoana and Ocean Beach have all produced good moki, snapper, gurnard, and spotty shark recently for keen anglers braving the colder weather. Many fish over 4-5kgs have been caught. Evans Bay continues to produce snapper as well as the Paikakariki to Raumati stretch. some good spotty sharks and gurnard have been caught at Breaker Bay and Seatoun.

Very good snapper still around from 10-80mtrs on this coast. We have had good success in Pukerua Bay and the Mana Bridge of late and mates have done well off Boom and Kapiti as well. I'm sure they are up and down the coast. In the last week there's been more sharks around and the tides have been big, so it's been a little bit trickier. Haven't heard of a lot of 'puka around out wide but it is a good time to get a big one around Fisherman's Rock and deep 200-300metre reefy areas north and south of there - look at the Navionics app for the 'squiggly bits. Kingfish have been encountered in good numbers off Boom, south end of Mana and particularly around Hunters Bank. Well done to Matt on Black Pearl for putting a heap of fish back out there so other anglers can catch them another time. Tarakihi have come back on a bit up and down the coast and I have heard Vern's reef has been quiet.

There's been plenty of tarakihi about and a few patches of snapper from the harbour entrance west to Sinclair head. 40-60mtrs. Blue Mack's and trevs have present at most reefs 20-40mtrs and the gurnard are still getting caught off the harbour entrance and in Fitzroy bay (if you battle through the spotted grinners (spiney) and Rupert (carpet) sharks.

The snapper continue to provide steady action off point Gordon, Falcon Shoal and around Ward Island. A few trevally, gurnard, blue macks and plenty of big kahawai are also getting caught regularly. 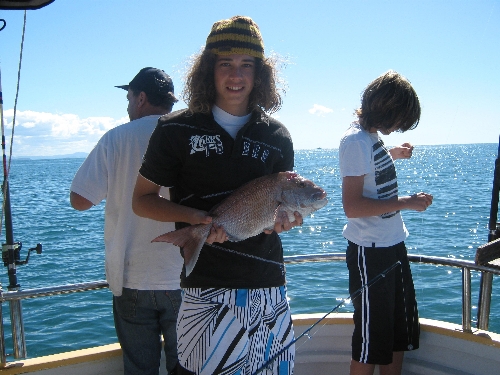