South
I have heard of a few snapper being caught from Island Bay. I presume they are on their way into the harbour. Fitzroy Bay is full of tarakihi, gurnard with a few trevs lurking around as well.

West
The best snapper and kingfish have been caught at the north end of Kapiti recently. Hunters was full of tarakihi last time we were there with some boxes big trevs and blue cod. Slider jigs have been doing the damage on the snapper and kingis. We await the warmer water and more consistent snapper fishing around Mana, Pukerua Bay and down to Makara. At the moment it's a bit hit and miss.

Trench
I've heard of some good trumpeter and 'puka on some of the seamounts south of Nicholson's recently. That's a place worth some serious investigation as it hasn't been fished much by recreational anglers. Small bluenose still biting well off Wainui in 120-180mtrs

Harbour
Good gurnard and kahawai around ward island with the odd elephant and trevally. Evans Bay is still full of gurnard as well as Point Jenningham, Halswell and Seatoun.
There has been the odd snapper being caught off Point Gordan and some nice tarakihi too.

Surfcasting
Greta Point has been rampant one day and barren the next if you're targetting gurnard. Some anglers have been slide baiting Oriental and moki fishing at White Rock. It's perfect timing for those places to start producing a few nice fish. Who's going to be the first? 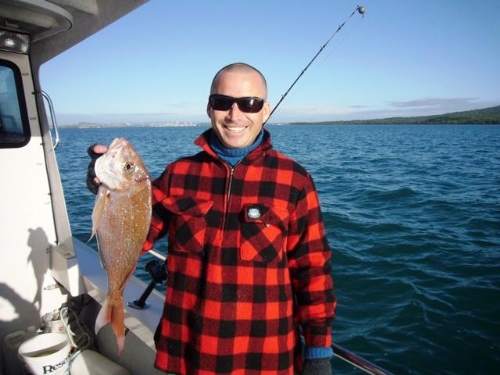