Unsettled weather made it tough going for the locals who ventured out to try their luck around the recently deployed Southern FAD.

Lots of bird life, skipjack, mahimahi and school size yellow fin are holding all through the area. Mahimahi up to 16kg and yellow fin between 7kg-9kg are in abundance, and there are a few wahoo to 15kg. Further south to the Fatamanga drop-off, there are reports of good blue marlin action up to 200kg and sailfish around the 35kg mark. However, no boats ventured further south due to the rough sea conditions.

The water temperature is stable at 26C, which historically is a little warmer than usual. There have also been some good inshore bait runs of kawakawa and further reports of sailfish smashing the schools in the eastern reef area. 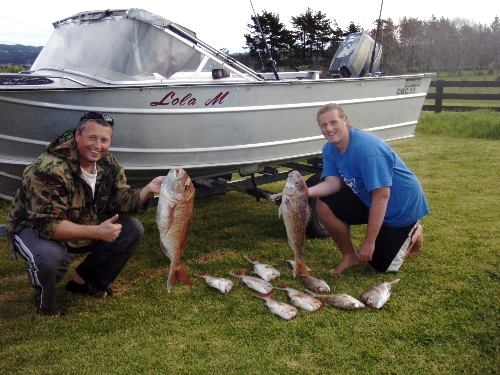