Good fishing continues out of Raglan, with the oversized ‘West Coast Pannies’ presenting in premium condition.

All areas have been fishing well, on the right day. There have been a few slow days though, where the fish were hard to find. North of the bar, nice fish in the 35 to 40cm range continue to hold in the 28-35 metre depths. West of the bar has typically been good in the 60 metres plus depths. If you come across gannets on the surface, stop and give it a go. Usually, it’s all on with good fish in the 40cm plus range.

Gurnard are starting to regularly appear in the catch, especially when you’ve got nice oily baits down like skipjack and bullet tuna. If it’s a bit slow on the bite, the oily baits are more likely to get taken.

In the past few weeks, we had an epic high-pressure system that allowed many days of fishing out wide and deep. The Mōkau Trench yielded good hapuku, bluenose, gemfish, and even big ling, from the 250-300 metre depths. Water temperature was still 19 degrees Celsius, and gamefish were spotted during too, so don’t put the lures away just yet! 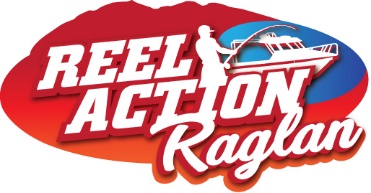