With the weather still a bit dodgy some of the trips out on the water need to planed around the wind and tide all running in the same direction. When you have the bow of the boat facing into the wind and tide running astern, it allows you to be able to focus on your lines and feel the way the fish are picking up the bait. This then allows you to be able to get a more direct and solid strike. Laying sideways to the current and wind causes the line to get a belly between the bait and the rod tip so unless the fish grabs the bait and takes off its difficult to get the strike right.

From now on in until the spawning is over snapper can be very fussy as to what and when they eat, often there will be a truckload of fish showing on the sounder. But no matter what you chuck at them, they simply will not take a bait. I have found over the years is that there will always be a few snapper in a school that will have a snack and the best thing I have found is to use a Black Magic terakihi rig with a small bit of squid and a bit of pilchard on the hooks. By drifting through the school the smell and movement of the bait gets their attention and is a good way of covering your bases when soft baiting. Firstly the pilchard gets ripped off and then they come back and take the squid.

Another thing I have found over the years is between November and December is the best fishing can often be for the first and last two hours of the tide. But why? I have no idea, and it is the hours in between I use to look around and check out areas I would not normally target, just to see what changes may be taking place as nothing is always the same.

Good runs snapper are now coming through the Rakino channel across into both the Crusoe and Motuihe channels. Check out spots 18,16 and 17 in area 2 in my new book Hauraki Gulf Fishing Hot Spots.

You will also find that out around the Noises, there are a heap of snapper in area 5 especially just on the drop off south of spot 6 and to the east of spot 16. One place that is well worth a shot when the wind and tide is right is the D ‘Urville Rocks spot 1 in area five. Make a game plan and stay in the one spot to fish it right over the whole tide run as there are some very good snapper and king fish in the area. This is a spot that I like to catch bait fish for king fish, but also put one just off the bottom for a john dory or big snapper.

Closer in in the Rangitoto channel is still holding snapper, but more out from the foul on the open sand. They are moving through quite quickly at times, so when they go off the bite, move back down current to locate them. At times, when there is little sign showing in the Rangitoto channel, I find anchoring in the “barges area” [ area 1 spot 9 ] with a wobbly pot of burly about a meter off the bottom and casting lightly weighted stray lines back into the burly trail will always result in a snapper or two. Catch a few fresh live baits and drop one down till just off the bottom as there have been more john dory caught in the Rangitoto channel than I can ever recall.

Know a kid that loves fishing? Share a video, story or picture showing your kids love of fishing and they'll be in the draw to win an awesom... more > 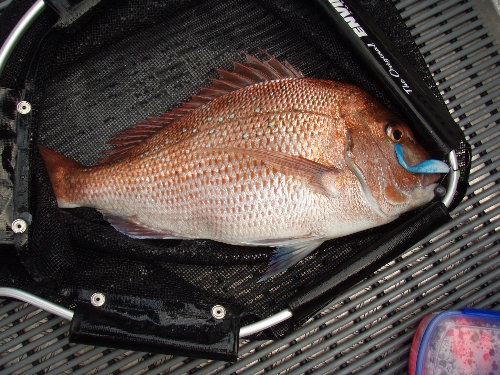