What an amazing time we’ve had with the weather in the last week. There was a real buzz in the fishing community. It’s peak spring workup time in the gulf. With the water temp hovering around the 15 degree mark, it’s still pre-spawning which means the majority of the fish are slightly further out .

East of Kawau has been a winner. Just outside and around the cable zone there have been large workups consisting of dolphins and anchovies. More recently, they’ve been coming in closer to the south side of Kawau itself.

East of Tiri has been similar but with a few more birds, especially from last Saturday onwards. They seemed to have moved down into the sand on the corner of the cable zone.

The Lure Masters fishing comp was a huge success and saw half of Auckland out over the weekend, and some great fish were caught throughout. However, fishing was a little tougher for some people on Saturday, arguably because we had a full moon.

The last spot of the week has to be the Firth of Thames. The middle at about the 30m mark up through to gannet rock has been very workup prone and a great insurance policy for charters and recreational fishos. With the water temp rising by the day, we should see more fish migrating into the channels and soon into the inner harbour for spawning, which may not be as much of an adventure but we can all save soon money on gas!

Fishing on the coast has been great recently. The local bays have been giving up plenty of fish for those fishing at night. Stanmore and Big Manly seem to be the favourites as surfcasters and rock fishos are both telling of consistent catches. Up the coast, kontiki fishos are getting their fair share from Red Beach and Orewa.

Most are reporting mixed bags of trevally, gurnard, and snapper. These lines are set within 2km of the shore, so it would seem there is plenty of good fishing right on our doorstep. The Orewa estuary, Wenderholm and Waiwera are still worth a look for those taking the kids for a quick flick as there are still good numbers of small to medium size kahawai hanging around the entrances. Small hex wobblers or a lazy ledger rig is all you need to get in on the action.

The top of the peninsula has been another hotspot as of late with a fair few good fish coming from the shallows of Army Bay and Shakespeare. The Saturday just gone, we weighed three fish over 15lb from this area, so if you’re planning on fishing this weekend it could be well worth a look. The Tiri channel and surrounding area has been great for securing a feed, with most local charter boats choosing to stay closer to shore with the consistent bad weather we’ve had. Word from them is that there’s plenty of fish around and filling the bin with good eaters hasn’t been overly challenging.

Slow jigs and small soft-baits have been working well on the channel edges, either dragged behind the drifting boat or cast ahead and retrieved. The water is still quite cold so the same old shallow water bait and berley technique would be well worth considering when making a game plan for the next couple of weeks. Putting the pick down in an area with a bit of current running along a weed line and using heaps of berley with lightly weighted baits is always going to be a winner.

We have a new kind of berley in store perfect for those planning on a bit of straylining this weekend called Generation II berley. It’s available in 2.5kg rolls and is a mix of squid, salmon and kina. This is a combination of our two most popular berleys, with the addition of a natural food source for this time of year. It should be perfect for fishing the coast. Good luck to all those fishing this weekend. It looks like a pearla!

The light house side of Rangi has been fishing well, particularly when drifting with small lures. Fleas and 4” soft-baits are doing the best. Shore fishing off Taka has been producing pannies up to 5lb in good condition, with bonito belly strips doing the damage!

There are scattered bird workups from the light house to Tiri, with the area east of Tiri being the best. Heavy lures like Sliders and Coin Drops are working and Fish Finger jigs are producing the odd kingie.

Squid fishing is still going strong with the Yamashita 3.5 red backing lures getting the bigger ones.

Fishing in the north side of the gulf has been exceptional due to the warmer water and bait slowly heading southwards (south of Kawau Island and behind Waihiki Island). Good fish averaging 45-55cm have been reported regularly under workups and the occasional double figure fish has been in the mix. Snapper, gurnard and kings are in super fat condition, and there are massive kahawai around as well.

Follow the gannets and you shouldn’t go wrong but also keep an eye out for dolphins and whales as they can lead you to baitballs. Lures are the way to go – slider-style lures and soft-baits have been exceptional!

After what was a pretty patchy month of September, October has started off with a hiss and a roar.

Work-ups of anchovies have made their way down into the Hauraki Gulf, providing Auckland and Coromandel anglers with some phenomenal snapper sessions under the divebombing gannets, and amongst the large pods of dolphin, schools of kahawai and numerous whales also in attendance. Hard-bodied lures have been the main weapon of choice for anglers dropping below the frenzied feeding activity of these anchovy schools, with great success coming through the use of both large and small jigs.

One lure boasting a particularly effective success-rate amongst the work-ups present throughout the gulf has been the Zest ‘Gan’ 35gm jig, in Silver, Blue/Silver, and Pink Silver. The Zest ‘Hardy Long’ jig (160g and 200g), with its longer than most assist hooks, has also been deadly on the larger snapper feeding under the birds.

Ocean Angler Knife Jigs, have also been catching their fair share of prime spring snapper too.

Another new jig also worth having in your tacklebox is the Zest ‘Sling Metal’ jig.

At only 28g, it has a longer body profile than most lures in that weight range, and is pretty much the exact size-match to the baitfish being rounded up out in the gulf. As with all Zest lures, the ‘Sling Metal’ boasts top quality split-rings and comes with a super sharp set of twin assist hooks.

Available in Silver/Pink/Blue, and Orange Gold, it has a great falling action which is irresistible to number a species. These lures are available instore at the G.I store now, so come check them out before they’re all gone!

However, Pro-Cures product called ‘Bait Wax’, is probably the most exciting product in their range.

Resembling a deodorant stick (though definitely not for armpits), Bait Wax can be applied to any hard-bodied jig, lure or soft-bait jig head, and even to dropper rigs and Breakout sinkers. Its long lasting scent is proving to be a hit with anglers looking for that competitive edge over their mates! 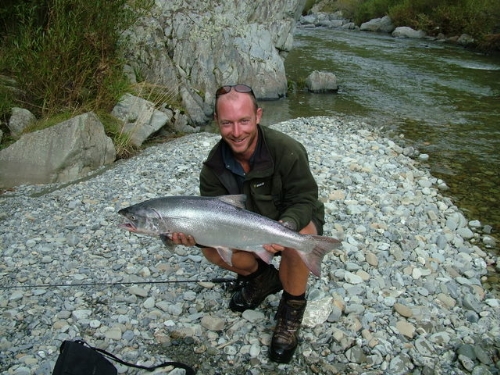