The waters are continuing to cool down as we enter autumn and the new workup season. While the average fish size is down compared to previous years, we expect that to change over the coming weeks! The larger fish will be on the bite soon so get all your gear ready and start making plans to target them!

We are still fishing the middle grounds as the fish congregate in these areas in earnest! We have been doing one to two 2nm drifts through this area and are finding the fish hard on the bottom feeding on shelfish, crustaceans and the like. The fish are hitting either on the drop or 2-3 winds off the bottom. Once you get to 8-10 winds the bites stop.

While the average is 35-40cm (last year the average was more like 45cm in this period), we are still getting a few bigger fish around 55-65cm during the day, making for a great game of “King/Queen Of The Boat” which we play each trip (the longest snapper is the winner). A great game to play to keep the competitive spirit and banter going and it provides many laughs during the day! 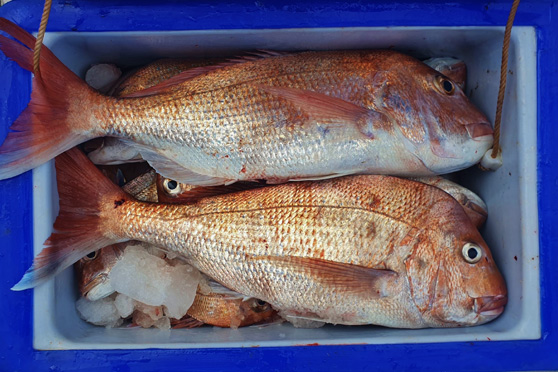 If you read my reports regularly you would know that I use 200g slow jigs mainly (but with light winds I will go to 120-40g and with heavy winds 240-50g). I am also contantly trying new styles and colours to see what the fish are biting. Patterns often emerge, with different lure colours doing better depending on the time of year, the tides and the weather. Firm favourites in areas where the fish are feeding on shellfish (and similar) are brown and orange colours. Workups have started at 50m east of Omaha and around Takatu point. These workups seem to be holding some of the bigger fish and we will be checking this area and south of Kawau over the next months as the pilchards will hopefully move in there. 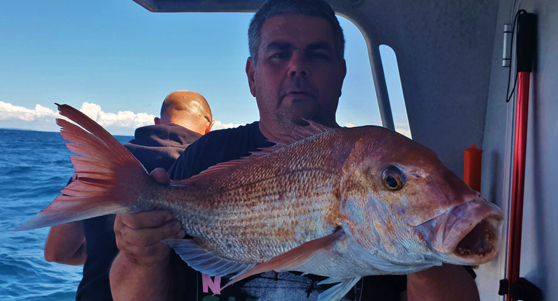 The squiggles north of Anchorite is another area that has had workups and it is also an area that holds large numbers of bigger fish at this time of year. It is also a hotspot for catching marauding kingfish and we did very well there last April getting a kingie per person on the slow jigging snapper gear. I hope it is like that again this year!

I look forward to seeing you out there. Or come out with me and enjoy my playground and learn a few tricks I have gained over the years!

"Nothing ventured nothing gained"

Check out what we have been up too on -
https://www.instagram.com/snapfishingventures/
https://www.facebook.com/Snapfishing 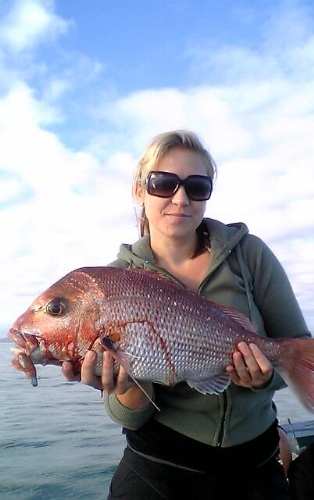