A rare ‘Pink Moon’ has been lighting up our night skies, and making waves with the corresponding huge tidal movements. The moon isn’t actually coloured pink but it is one of the two biggest and brightest moons of the year (closest to the earth), and good fishing action has been pretty in pink!

From marlin within a day trip of Auckland out by Great Barrier and the Mokohinau area, to workups in the gulf providing temporary thrills, late April and Early May is traditionally a top-shelf time to be fishing, even with the extra ‘brrr’ in the air. The current air and water temperatures indicate that it’s time to layer up and hunt some solid fish, whatever your preferred target species.

Marlin in May? Go get ‘em off Oceans, Mokes, Hen and Chicks and Great Barrier – and 100m deep is plenty. I’m sworn to secrecy on the topic of exact spots, but there’s been some pretty hot action, just sayin’. Usually right around now there’s a hot bite, just prior to these big bills heading offshore out of reach of recreational anglers. Time to finish the season with a bang? A screaming reel or two? Gotta be in to win. And, of course, there are sizeable yellowfin tuna around, with some big beauties being landed just off North Cape this week. At least the full moon influence helps with the big tuna.

Snapper – they’re really loving the aggressive inchiku action out further in the gulf. Highly ‘evasive’ lures like BossSquid and the original BetaBug are hard to beat at the moment. They’re such consistent performers that some charter boats rely on them. Beautifully conditioned prime snapper of that stunning 40-45cm size are out in 50m. Superb, fat fish are on the bite.

Do kingfish dislike pink moons? Or is it that time when they calm down and are more challenging to get, particularly in the inner gulf areas? Their absence has been notable of late.

The next chapter of the fishing diary hasn’t been written – time for you to make some new entries. 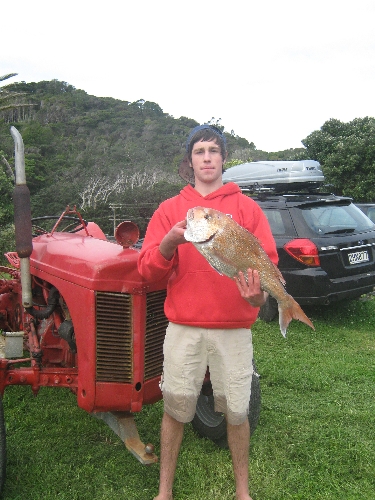