With being tied up for the duration of the Hutchwilco Boat show going five days without catching a fish is a big ask, so fishing the Saturday and Sunday prior and the Wednesday after the show stopped me going from grumpy to septic.

What a contrast of weather conditions from the Saturday, with fog so thick you couldn't see more than 30 feet off the bow, to the Sunday with winds over thirty knots.

In the fog, the only safe thing to do was to anchor in the shallows of Administration Bay where nobody could run into us. Even though we had minimal current and not on my usual marks, our first bait cast out onto the sand was taken by a pannie snapper. In the next three hours, the fog only got thicker to the point where, at one stage, a bait cast well out astern disappeared before it hit the water. The good news is that we got a good feed of pannie snapper, a few kahawai and a guest appearance of a couple of reasonable size kingfish.

As Saturday was a guiding job, I needed a fishing fix on my own, and with the weather turning to custard, I shot out for a quick fishing fix on the Bean Rock reef. With the boat swinging all over the place, it was damn near impossible to focus on the lines, so I was forced to fish with just one rod. The good news is that there are still four snapper hanging around the reef with my hooks in their jaws so if you catch one please return my hooks.

With three fish on ice inside an hour and I was back on the marina washed down and heading for home. On Wednesday, with light west to south-west winds and an outgoing tide, I targeted a bit of a reef structure on the inside of Rangitoto between the wharf and Islington Bay. With the berley just a meter below the boat it allowed the current to disperse it further back across the reef. With a bit of ground bait tossed well back from the boat to sink down into the rocks it didn't take long for the snapper to come on the bite. A kingfish kept following up the snapper right to the stern of the boat, not having any live baits and being the guts that they are, I kept up a trail of ground bait to fire him up till he got cocky and scoffed anything. Without a livebait, the trick is to rig a pilchard so that it is hooked in the middle of its back, so it was balanced and left to float around just a meter below the boat. It was just a matter of time before he followed up a snapper. Firing the deck wash hose on the surface gets them a bit fired up and with the spray and noise plus a big handful of ground bait he got all excited scoffing the ground bait and the pilchard. Back at the marina with 12 snapper and a 92 cm kingfish after only three hours of leaving wasn't a bad effort and it gives me a good feeling that this winter the fishing is going to be great – it's just a matter of getting out there and doing it. 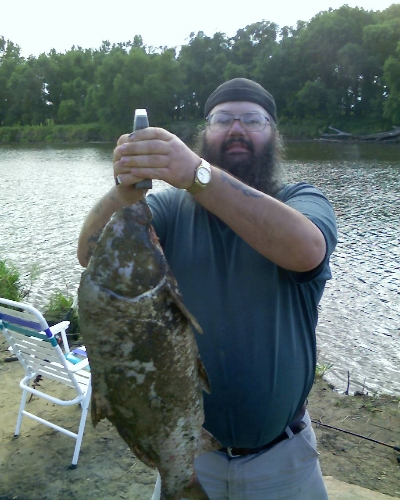