Finally, the weather last weekend has allowed every man and his dog to get out on the water for much needed calm days fishing. I was lurking around in Area 3 but couldn't get onto a couple of my spots due to the amount of boats fishing them, and nobody would have been too happy with me anchoring alongside in a 70-foot boat dropping a 175-pound anchor with 50 meters of 20 ml chain.

Most of the snapper we caught appear to have finished spawning, a lot of fish are now moving up into the shallower water in the Tamaki Estuary and upper harbour. From now on till the end of March/April, the snapper go into a full-on feeding frenzy to build up condition and body fat to carry them over the colder winter months. The inner gulf where the bottom is muddy sand is full of snapper feed such as the worm beds between Tiri and Rangitoto and up into the inner harbour and estuaries allows you to get a fishing fix without having to head miles out to sea.

I had a sneaky wee fish in Area 2 on Spot 4 on the outgoing tide and got busted off by about six snapper that could not resist fresh butterflied jack mackerel and baby kahawai. The whole of the area is holding truckloads of small springer kahawai, as they are feeding on small anchovies they can be a bit of a bugger to catch on anything but a slowly towed small feather lure or try drifting and tossing out a small unweighted bait.

With the big tides I checked out a couple of spots in area 4, both 10 and 14 are holding a lot of fish all be it they are fairly well spread out. At this time of the year, these spots can fire big time on the incoming tide, especially when at dusk when the tide peaks around nine.

A couple of mates have been down the bottom end of Waiheke targeting kingfish with good results off the Pakatoa reef and picking up an easy, quick feed of snapper at the Frenchman Cap and in Ruthe Passage in Area 7, Spots 6 and 16.

The weather this weekend is looking tickity-boo, so you will see me lurking around out on the water more than likely towards the Noises to target a kingfish, depending on the wind. 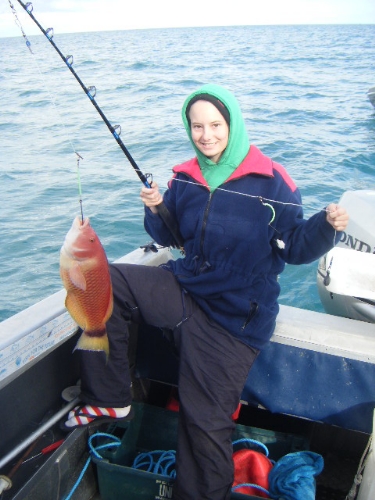