There are always those times when you just HAVE to get your fishing fix, or you'll go mad (well, more so than usual). With the weather being crap and boat show commitments upcoming, I saw a small weather window - and when you've got to go, you've got to go.

You will find when there is a change in the wind direction forecast it will invariably change on or just a few hours after the turn of the tide. With this very narrow weather window between some closely converging isobars, I reckoned I had three hours fishing from the change of tide before the wind would kick in and increase up to thirty knots – I was out just before the turn of the tide.

As I powered across the harbour past North Head, it was one of those mornings that was flat arse calm, but the sky was looking ugly. The Furuno TZ touch was showing a surprising amount of small snapper schools on the open sand. This is when the Furuno Accufish feature is invaluable as it shows the actual size of the fish that go through the middle of the transducer beam. At the time, I showed a number of snapper in the 45 – 54 cm range – I just had to stop and have a go.

With minimal current or wind, drift fishing a lightly weighted stray line rig can often out-fish soft-baits as the fish are not in an aggressive mode. The key is to cast a half pillie out as far away from the boat and let it slowly sink to the bottom. By holding the rod pointing towards the water at an angle where the line is directly astern, you can then detect the smallest of bites as a fish picks up and mouths the bait. When you see the line start to straighten out, you then strike to set the hook.

The reason I use just a half pillie is that these fish are not competing for food, they are attracted by the smell and pick it up and chew on it just where the hook is exposed. This gives you a better hook up rate compared to using a whole pillie, where they tend to rip at it, dislodging the hook, hence a lower hook up rate. Once the current kicks in the speed of the drift increases, making it hard to stay in touch with the bait and feel the bite, so it's time make a move.

The good news is that I saw fish on the sounder from the edge of the channel on the flat sand as well as around the bits of low foul all along the shoreline on the western side of Rangitoto Island. Looking at your chart, you will see there are often areas of shallow water that extend out from the shore – these are old lava flows that are ideal snapper habitat. Line the boat up, so that the wind and tide hold the stern of the boat towards the foul and fire out a few baits.

Stagger the distance and angle of your casts so that the baits are not all landing in the same place, and get a berley trail going. While waiting for the fish to come out of the foul, catch some fresh bait by dropping a Black Magic sabiki rig halfway down to the bottom. I never drop my sabiki any lower than this, as if you do you will end up catching baby snapper. Butterfly a fresh bait and fire that out as again the snapper will start just mouthing the bait and a fresh bait will hang on the hook longer. Once the berley kicks in, it then brings more fish into the berley trail. The more fish in the area, the more competitive and less bait shy they will become.

I got taken to the cleaners and busted off by around six big snapper. All of the bigger 43 – 52 cm fish that I managed to land were all caught on fresh bait whereas all the average snapper around 34-37 cm were caught on either pilchard or squid. Long story short, within three hours of leaving the marina I was back on the pier, tied up, washed down and heading home feeling somewhat smug just as the wind and rain kicked in big time.

Remember please only take what you can eat fresh, and limit your catch not catch your limit as every fish we take now till the end of March is one that will not breed. 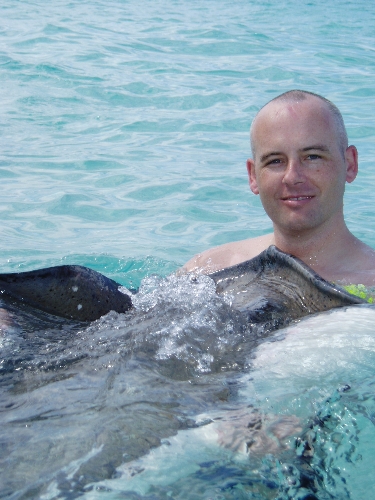