Predictions for next week: Be standing on a boat of your dreams completely fitted out with all the shiny new tackle for whatever fishing spins your reels, spearfishing, big game, salt-fly, slow pitch jigging, soft-baiting – you name it if its fishing or boating orientated start your preparations now.

The weather looks average to poor to go out fishing anyway as there is a 4000km-wide anticyclone over Australia now heading our way bringing windy wet weather to New Zealand from the west. Perfect weather for sauntering around the Hutchwilco Boat Show with everything on display, summarized.

Whether buying or just looking it's a great way to pass a few hours in amongst New Zealand's fishing and boating showcase.

Skipjack in a school or two are still in the confines of the gulf. These fish are too much fun and the size of some of them reflect the mass bulking up they have been doing since being in the confines of the Hauraki Gulf over the last couple of months – real barrels of nitrous-like speed they are, just inside the gateways.

Boiling surface tensions of mid-sized to monster kahawai are just off Tiri and over by the top of Coromandel, but even they can be temperamental with blinkered focus on what they have rounded up at times. Normally, just trolling something flashy and silver along would be a sure-fire hookup – but no, it takes time on more than one occasion out there to nail thes little rockets. If you're looking for a lure to start with, try a very small fluttering micro jig (20gm) - these have been the 'fish of the day' in kahawais eyes lately, with other offerings flatly ignored by the masses. So how often must this happen when we are generally fishing? Just not putting the right menu item in front of the fish whatever species we are after, like a restaurant showing you food you don't like or want. Next.

Challenging, frustrating – lots of terms have been bandied around in close proximity to snapper discussions of late. There's been a lot of miles for just a few smiles, and the chase has been just that, lots of chasing. Tapping the sounder doesn't help either – yes it's working and yes those are snapper, quite a lot of them in fact, over the general 40-50m gulf depths. Getting them to bite is another story.

The key has been to use smaller lures particularly to start with. Get into the swing of things with the fish and what Mother Nature is telling you, then try to upsize and changeout lures to entice the bigger fish to strike. Otherwise plenty of pannie sizes to grace the bin, with happy and well-fed families as a result.

Drifting the 40+m depths, is providing somewhat consistent snapper fishing. We've been encountering some nice 20+kg kingfish lately – if you can nab one of them, you'll have an unforgettable adventure ride, or a very short-lived thrill at best. Best be prepared and don't be outgunned – kingfish know how to fight hard and fast, and so do the sharks on their tail.

Terry Vernon on Wavedancer has been catching these brutes right through the past week – you just need to be out there doing it.

The Hauraki Gulf's gateways beckon loudly at this time of year – the inflow and outflow of such volumes of life-giving currents, with so many different species of fish is immense, mainly via the Colville, Craddock and Jellicoe channels. Good moon, good water temperatures with fish-action encouraging variations, marlin still being caught, skipjack in the gulf, kingfish, trevally, kahawai, gurnard all eager and waiting – make an effort before the big blow if you can.

Later next week it is time to have some fun, kick back relax and wander around the Hutchwilco Boat Show to see new things, familiar faces and all dreams are free there. Why not? See you there, come and say hi. 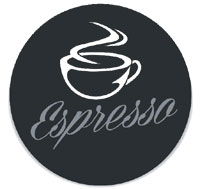 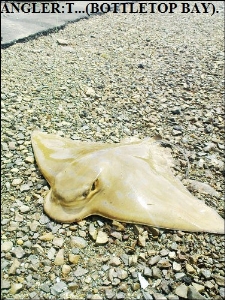