The planets are aligning, and the signs are good, November, kingfish, full moon...top water excitement is pumping up! And there is every reason to expect a particularly good kingfish bite this weekend. Top water thrills should be rewarded whether simply flicking a softbait small 5” medium 7” or large 10” it’s your choice, or change it up with a small 25gm stickbait on your softbait gear, a small baitfish of the 20-35gm size is a perfect snack for a kingi or kahawai. Or go big – big rods, big reels, big lures, and big kings! Stick baits and big jigs - hitting areas like Anchorite, Channel Island, LB and GB, Horn Rock, Flat Rock, Gannet Island open water bait-schools or a simple headland away from the rest…the choices are many and varied, all provide exciting prospects. So, yes, it is a great time to do get into the explosive excitement of top water fishing for the mighty kingfish, be in to win.

What about the gear to do it? Here’s some kingfish specific gear whether you need to get into it, or upgrade your existing tackle – cast your eye over this gorgeous real-deal kingfish tackle handmade poppers  , handmade stickbaits , top water rod and top water reels . Carpe Diem, seize the day.

At least one 20lb+ snapper caught and released at Tiri this week, shoreline stuff, a great indication that the snapper spring has sprung, and the inner areas are starting to become far more productive than the past few months. So, whether you have a luxurious launch, or a tiny tender-sized boat, jetski, or landbased as well now, it is prime time to be fishing for snapper, whether out in deeper waters or literally at your feet in the shallows around a likely looking local spot.

The workups are firing out there, pilchards are in the limelight with some very good snapper hanging around the spread-out action stations in 45m+ stretching across the Hauraki Gulf. Fast ‘n furious stuff right now with most fish in the bulk-up phase, so go as big as you dare with your lures jigs and softbaits – this will help you eliminate the smaller and undersized fish. If you hit the pot of gold snapper-wise you’ll probably be limited quickly so stop with the snapper down below and target kings and kahawai on top, variety is the spice of life.

Dolphins are generally thought of as one of the best friends a fisherm’n can have – particularly when looking for bait schools and finding a thumping great workup with fish everywhere - an incredible spectacle most often created by dolphins. Ah those beautiful natural fish finders, dolphins. But there are dolphins, and there are dolphins.

New Zealand is the southern most point of their habitat even though they’re found around the globe. There’s only about 500 in total around New Zealand, our coastal bottle-nose dolphins are very big and often cause an involuntary gasp when first seen especially if up close, yes they are really BIG! The oceanic dwellers further out off the coast are even bigger. Breeding is every 3-5 years.

The common dolphin is, well, rather common - which is a good thing for us fisher-folk. Living into their 20’s these dolphins are almost always great to be fishing with, at least in the same vicinity whether they are actively feeding or just hanging around, they are never that far from a food source.

So, when deciding whether or not to stick around and fish the area you see dolphins in it pays to be selective, a bit dolphin-ist if you like. Bottlenose are best left alone, watched from a distance as they are simply not useful when it comes to providing a fish source for humans, alas, it’s just not their bag baby. But the commons?! Now we’re talking, the smaller and more prolific dolphins are the ones to take note of. Common dolphins are our hero’s and rule the roost when it comes to workups. If you are in the same area as common dolphins – drop a little lure, they’re giving you a heads-up most of the time and it’d be rude not to take their hint.

Do you fish for snapper? With lures from a boat, kayak, or ski? An outstanding rod that’s been creating quite a name for itself, perhaps you know of it personally already – The Kensei. About time to treat yourself in your fishing, isn’t it? A guaranteed grin over Christmas, that feeling of joy on hookup, your howling reel, rod bent-as with a great fish…The Kensei. Find out more, don’t miss out The Kensei - YouTube 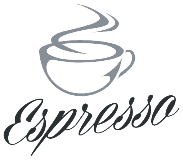 P.S. This week’s beaver (kingfish) moon will also have a rare partial eclipse, the longest lunar eclipse since the 13th century! The moon will rise around 8pm Friday, the earths shadow will gradually cover it starting at 8:20pm peaking at 10:04pm – watch for the brief period when it will appear as a blood micro moon.