The weather over the last couple of weeks has been conducive to getting out on the water and all the popular holiday spots along the eastern Coromandel have seen more than their fair share of enthusiastic anglers.

Inshore the fishing has been steady for some species, kingfish in particular, but as usual snapper can be a bit hard to find unless you’re an early bird or prepared to put the barbecue and a few beers on hold and go late afternoon/early evening.

Softbaits at those times are working well on snapper, particularly in the brighter colours or anything with a bit of lumo. Areas around the Mercury Islands and Aldermans are worth a look and in low light right up into the shallows. Use the lightest possible jig head in those conditions to avoid the dreaded hook-ups on foul and kelp. If you’re fishing during the day then try going deeper and look for the pins and foul in anything up to 60m or more. Another option is drifting those deeper areas with kabura style lures. Orange/black combos are the secret weapon apparently and use a lure that’s heavy enough to get down and maintain a reasonably vertical angle as you drift. Lighter for low wind and heavier as the wind drift increases. 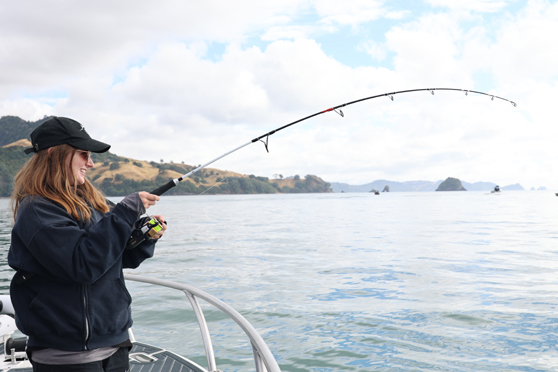 Some real stonking snapper have been caught in 50m and more over the last couple of weeks off the Mercs but remember when you’re bringing them up from those depths, they almost certainly will have serious barotrauma and their chance of survival if released decreases as the depth increases.

A good old bait and burley session morning or evening seems to be producing the goods too with some good catches of snapper and trevally (great sashimi!) being reported.

Kingfish have been in close and rounding up the jack mackerel schools in place like Mercury Bay. Generally they range from rats through to ~15kg and are easily targeted with live-bait from the schools they’re patrolling – 60lb fluoro and a 9/0 Trokar will do the job nicely. Most bays and inshore reefs that have schools of jack mackerel will have kingfish nearby. When they’re on the bite just take what you need – one 10kg kingfish will feed a lot of family and friends. 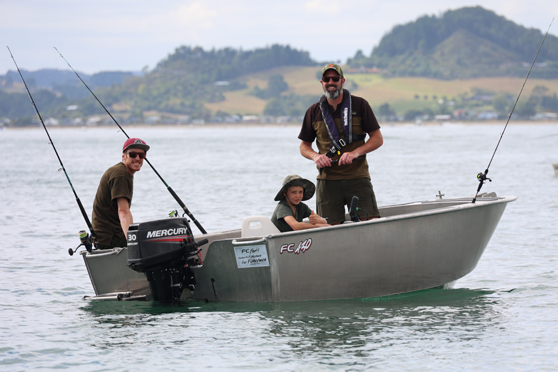 Out wide there’s been some good catches of yellowfin with the winning fish in the recent Mercury Bay Gamefishing Club’s Suzuki Top Ten Tuna Tournament tipping the scales at ~53kg. 25 yellowfin tuna and 17 billfish were caught during the eight days of the tournament. There’s been quite a few stripeys caught right along the east coast of the Coromandel but generally they seem to be smaller than we’d expect at this time of year with quite a few tagged in the 70-80kg range and some estimated as much smaller than that.

The diving has been good with decent vis out around the islands and hopefully the voluntary closure of Opito Bay will see the scallop fishery there return to its former glory.

Stay safe on or near the water. 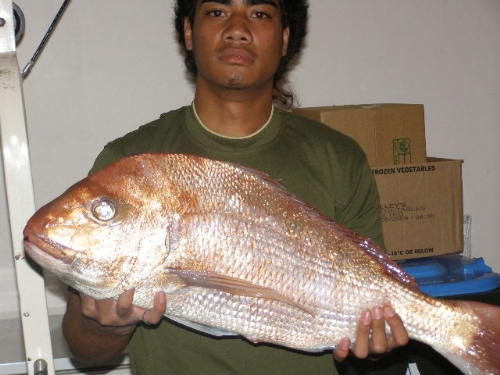