For much of June we had to endure very windy weather, which greatly reduced the amount of good fishing days. They were mainly south easterlies, with a few northerlies and north westerlies thrown in. The Game Fishing club did manage to squeeze in the two-day Don Beer Snr Memorial Competition.

The heaviest tuna was the target and Ola Nyheim, who was out fishing with skipper Kerry Murray, collected first prize with a 36kg yellowfin. In Aitutaki, the inaugural Queen's Birthday "mamas" Fishing Comp was held with 44 mamas fishing from 11 boats. The heaviest fish was a 65 kg y/f tuna caught by Pitong Henry, Taioro Tuakana and Mafi Katu-Raga, who were fishing from the boat Baby Mac.

Apart from the bad weather, fishing has been a bit slow at Rarotonga. A notable exception was a black marlin weighing 215.2 kg caught by Kevin Adlam from Coromandel. He was out fishing with skipper Junior Ioapa on Bobby Marie. The fish was hooked up only 15 minutes after leaving the marina at Avatiu Harbour.

At last, travel with New Zealand is now open and from just a couple of flights a week at the end of May, we now have 11 a week from Auckland. So come on Kiwis, escape the cold and enjoy the warmth and the fishing in the Cook Islands. 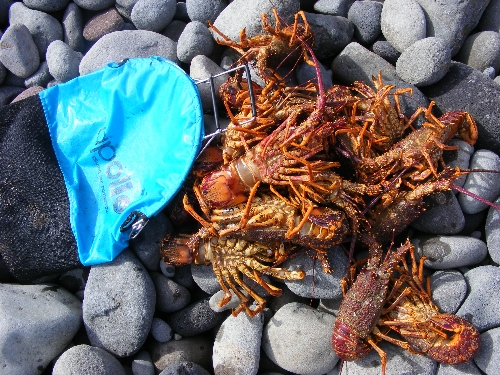 Shore dive..can't seem to remember where though? haha - Taranaki