Unfortunately, our borders are closed once more and we are back to square one with no tourists, which means no New Zealand anglers and the charter boats mostly tied up at the marina. The  24th Gary Parlour Wahoo Competition was held in Aitutaki, August 13-14. It is an annual contest between the Aitutaki and Rarotongan fishing clubs and held at each island alternately.

Fishing had not been great in Aitutaki and there was not a lot caught.  First prize went to Una Tuakeu with a 20.4 wahoo. The Goldie Goldie Memorial Mahi Mahi Competition was held in Aitutaki at the same time. Mike and Rick Marama came out the winners with a 19.6 mahimahi and Willie Bond was second with a 18.2 mahi.

Overall, the total fish caught was seven mahimahi , three marlin, five tuna and five barracuda - very poor compared to previous years. Back in Rarotonga the fishing has picked up a little, but still low wahoo numbers. Jason Tuara fishing from his boat Tai Vao caught a respectable 200kg blue marlin, while two of the skippers from Marlin Queen Charters went out one morning at 11.00pm, headed straight for the Kii Kii Fad and had a double billfish strike - losing one, landing one. They took the one marlin back to base, went straight back out to the kii Kii FAD and hooked another one. 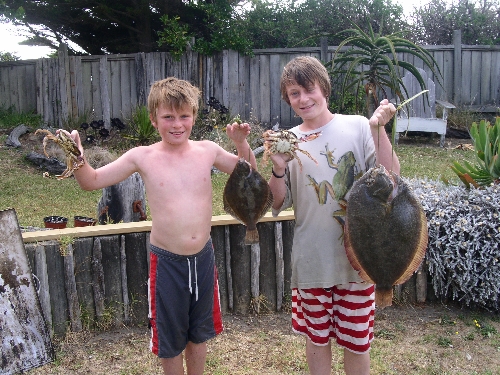