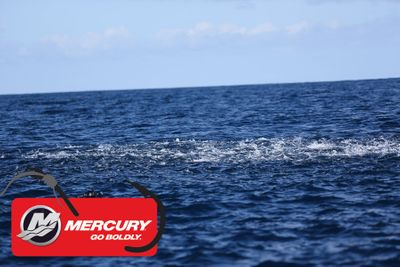 Gooding fishing when you can get out

Persistent rain and strong winds have slowed the Bream Bay fishing effort over the last week or so.

The Mangawhai bar has been unworkable, with a good easterly swell running on many days. One unfortunate solo angler returned across the bar in dicey conditions earlier this week. When crossing the bar, he apparently ran out of fuel and was overturned in the surf, the local lifesavers coming to the rescue in their inflatable.

The man was wearing a lifejacket and suffered only mild hypothermia, and his small open boat was recovered.

The Mangawhai Boating and Fishing Club are hosting a ladies’ contest this long weekend, and at this point, it looks like they will get some fishing time on Saturday afternoon and Sunday morning. If running the bar is not your thing, there is always the option of fishing the Whangarei and Kaipara harbours.

Recent reports indicate there are good numbers of snapper still in both harbours, with the gurnard starting to show up. As mentioned last report, the gurnard are off the Mangawhai dunes in about 30 metres of water. One crew caught a dozen or so using orange sliders, baited with slivers of squid. The downside to this: you do tend to attract smaller ‘pickers’ of the snapper variety.

The one report I have from a Bream Bay regular is that spasmodic workups are still happening, involving dolphin and gannet action, in the dedicated ship anchorage  – around 25-30 metres and marked on the charts. The other key giveaway is that there are usually one or two ships parked there!

The bait and berley brigade will be coming into its own as the fish head to deeper water. There is some good snapper coming from the patches of foul between Waipu Cove and Bream Head. Anchoring on the sand and fishing down a berley trail covering nearby rocky outcrops will see some action, especially where there is decent tidal movement in the same direction as the wind.

My neighbour took advantage of some offshore conditions to go for a surf cast off Te Arai North beach. He fished the top of the tide, and with four casts, he had four fat kahawai, enough for his needs, so he headed home. A group fishing an electric kontiki nearby was catching pannie snapper. Pilchards were the flavour of the day.