Main photo: This nice snapper, landed by Ivan Penno, was taken on a soft-bait in 55m of water

It is the same every year at holiday time – visitors and locals alike experience a mixed bag of fishing.

On the snapper front the water temperature has not long gone over the 18 degree Celsius mark meaning spawning has been a little late, or has been extended.

Right up until last Saturday the bulk of the fish we and others caught out deeper were almost all males.

Snapper fishing in the Bay the last few months has been exceptional with the action under, in and around the birds being some of the best experienced for many years. While this has slowed considerably, the bait is still there over the foul ground off Uretiti, the Waipu rivermouth and the area out from Langs Beach and Bream Tail. For those who like livebaiting, kingfish, good sized snapper and the tasty john dory will be your prize. You certainly don’t have to go wide for them – 12-14 metres at the most.

There have been some good snapper aggregations out to 35-40 metres in the middle of Bream Bay and towards the tail. We often find the fish tucked hard on the bottom and as the bite time approaches, they will rise up in spawning mode and get quite aggressive on the bite. In 35 metres of water at times our soft-baits barely start sinking when they get smashed. 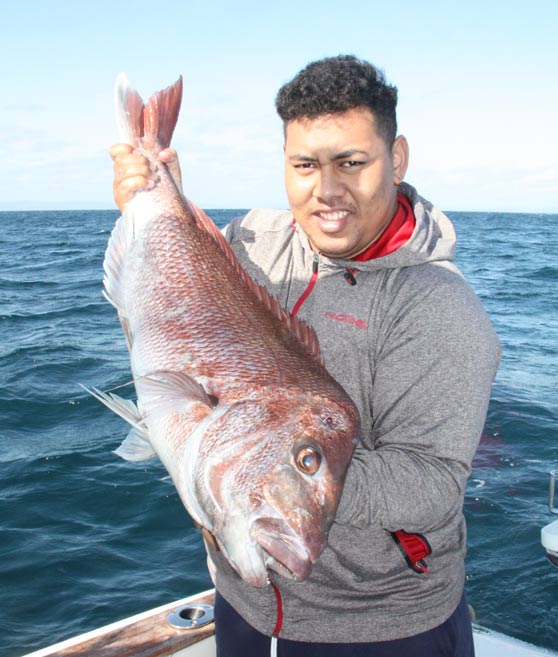 I have had to rethink my favourite soft-bait colours and some of my recent go-tos have been the more traditional Nuclear Chicken, Coconut Ice and New Penny colours as opposed to the latest offerings from Gulp! And Z-Man. Grubtails, as opposed to the standard Jerk Shads, seem to be attracting the attention of the spawning fish.

On a couple of trips we couldn’t buy a bite on soft-baits, but a quick change to sliders and inchiku jigs changed our fortunes. Be prepared to change tactics and be patient if you come across fish that aren’t on the chew – they have to feed sometime.

Reports are coming in from the jig and topwater anglers chasing kingfish around the harbour buoys are starting to get among the action, especially early or late in the day.

Surfcasters who fish the beach just east of the port have been catching some good trevally, some up to six-kilos being reported.

Scallops in the harbour are holding up well and are still in good nick. The freedivers tell me they can still get a good feed despite the attention the beds have been getting from the visitors. Crayfish in the bay don’t paint such a rosy picture. A couple of our favourite and closely guarded ‘spots’ have suffered at the hands of extensive commercial potting during the winter season for the first time in a number of years and this is reflected in both the size and number of bugs about. On the deeper offshore pins – 60 metres plus – around the Hen and Chicks the tackle tax collectors have moved in and it is proving difficult getting a bait or a lure down past the ‘coutta.

Best advice at the moment is to get up early or stay out late to fish the change of light. 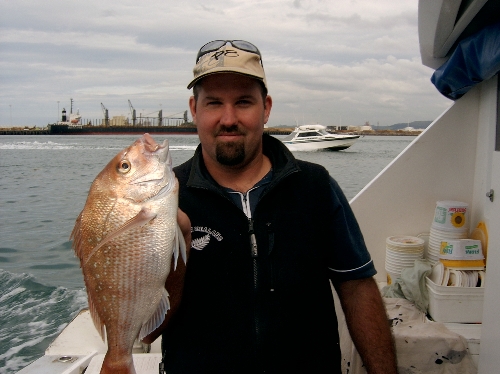 A great days fishing takes all the blues away - Tauranga