Tongariro Floods clearing away the snags

We have had yet another big flood come through the Tongariro with a 330 cumec deluge coming down earlier this week.

There have been even more significant changes to the lower end of the river, although at this stage it appears that a lot of the snags and trees deposited in the Tongariro after the big 600 cumec flood have been washed downstream, so there will be fewer hazards to lose flies among!

The fishing has continued to fire with both the Tongariro and Tauranga-Taupo producing good numbers of fish. We are starting to see a good increase in the amount of spawned out fish mixing in with what seems to be a never-ending stream of fresh chrome fish. This will continue to increase the closer we get to summer.

The evening rises will pick up from here on out too, with the odd fish starting to make an appearance and a few mayflies coming off later in the afternoon/evening. Swinging wee wets during the warm afternoons has produced some great fish for us lately too, so don't be shy to give that a go! There are some exciting months ahead with some of the best fishing about to start so get down to Turangi and get amongst it! 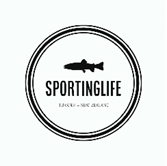