Tarawera continues to be the star

The fishing around the Rotorua region is steadily starting to improve over the last couple of weeks.
Lake Tarawera continues to be the star of the show, with many fish over 3kg being landed by the anglers.  All methods - jigging, trolling, harling, soft-baiting and fly fishing are all going well.  During the morning, the fish are smelting hard up in the shallows giving many opportunities for the fly fishers.  Tarawera is such a scenic lake that it will be very popular as we head into summer, so be aware that there will be more people utilising the lake, especially once the tourist turn up.

Rotoiti is constantly improving, and with the constant northerly wind direction, the boats are getting shelter on the northern shoreline towards the hole, Vercoes, and the slips.  Traditionally Rotoiti fires up towards the start of December, so look forward to some red-hot action over the next few weeks, with the west bank expected to fire big time.  The fish will be utilising the thermocline as the water warms and will use this to push the smelt up against the structure, producing fast and furious action once you locate the trout. As the terrestrial insect activity increases, the fish are starting to look up and take the dry flies off the surface.

Lake Rotorua is also improving, and the browns are starting to turn up in the shallows chasing smelt. The closer we get to Christmas, the more fish will turn up around the stream mouths, such as the Ngongotaha and Waiteti. An excellent time for fly fishers, especially those chasing the brownies. This will be followed by the summer downpours that will see fish will enter the streams where after December 1, the upper reaches can be accessed by anglers.

I have been fishing some of the rivers around the region that drain the hill country. As the terrestrial insect activity increases, the fish are starting to look up and take the dry flies off the surface.  With the northerly fronts coming through, they are also bringing heavy rain, which has seen the rivers running higher than usual for this time of year. The upside of this is that there has been less pressure on many rivers around the region.

Get out and make the most of your angling opportunities, as the next few weeks traditionally are some of the best for the year. 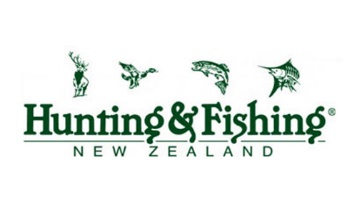