Wild venison and jobs for Kiwis in need

Wild venison and jobs for Kiwis in need

The Fiordland Wapiti Foundation, Game Animal Council, and Department of Conservation (DOC) are partnering to provide 18,000kg of free-range wild Fiordland venison to New Zealand foodbanks and families in need.

Each year the Fiordland Wapiti Foundation, working with DOC, conducts a deer cull in Fiordland National Park removing up to 1000 animals.

“Weather permitting, by the end of next month, we will have removed 600 deer from Fiordland National Park for processing into 18,000 1kg wild venison mince packets. These are being distributed by a charitable supply chain distributor to foodbanks throughout the country. This will feed thousands of New Zealand families in need,” says Roy Sloan, Fiordland Wapiti Foundation President.

“With the loss of venison export markets, this will assist with keeping meat processing staff employed and help local helicopter operators while providing protein to Kiwi families in need. Managing the impacts that deer have on Fiordland is a win-win for both recreation and conservation,” says Tim Gale, Game Animal Council General Manager.

The project is jointly funded by the Department of Conservation and the Fiordland Wapiti Foundation with the Game Animal Council administering the programme.

DOC Chief of Governance Mervyn English says this is a great example of organisations working together to achieve an outcome with multiple benefits.

“Getting this project going was only possible because of the collaboration between the Game Animal Council, Fiordland Wapiti Foundation, DOC, and Fare Game Meat Processors,” English says.

“Celebrity food writer Nadia Lim, leading Christchurch chef Richard Hingston and Ng?i Tahu have also designed some simple and tasty recipes to help inspire the recipient families to make the most out of the venison,” says Gale.

The recipes are available at: http://www.fwf.net.nz/fiordland-wapiti-area-venison-project/

As this project develops DOC and the Game Animal Council are starting to look at working with the recreational and commercial hunting sectors in other parts of the country to explore the possibility of expanding the programme to other parts of New Zealand.

“This is a win-win for conservationists, hunters, our foodbanks and the public in general. Kiwis just like the idea of working together to help each other out,” says English.

Roy Sloan's interview with Radio NZ is available at https://www.rnz.co.nz/…/wild-venison-cull-provides-jobs-and… 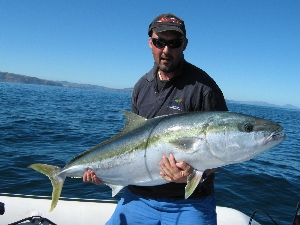