Trout season off to flying start

Despite cool weather, thousands of keen anglers around the country have been enjoying success as they try to catch a trout for the family dinner table, following the opening of the new freshwater fishing season.

The 2019-20 season began in many areas on Tuesday October 1, with lakes, streams and rivers re-opening after being closed over winter to allow trout to complete their breeding season undisturbed.

The new fishing season coincides with the school holidays and Fish & Game has been encouraging parents to take their children fishing as great holiday activity. Reports from Fish and Game’s 12 regions indicate good success for many anglers.

In the North Island, Rotorua’s reputation for quality trout fishing has been reinforced with two-year-old fish averaging 1.45 kg and 500mm. Lake Okataina, which always produces some good trout didn’t disappoint either with an average of 1.65kg and 507mm.

Although it was the trout opening, many fishers acknowledge the day has deeper meanings for them.

“Anglers aren’t just here to catch trout but to celebrate the occasion and catch up with old friends and family. Overall most fishers caught trout, but for many that wasn’t why they were here,” Eastern Region manager Andy Garrick says.

In the Wellington region, all the rivers look great as far as water flow goes. The fish have fared well too, with stable spawning conditions and several settled months to put condition back on after the rigorous spawning period.

“The season is shaping up to be a superb one with our monitoring work showing very good numbers of trout holding in lower North Island waters,” Wellington Fish & Game manager Phil Teal says.

Down south, Fish & Game staff say with the big Canterbury rivers in flood, the clear lowland streams and lakes became the angling hotspots. 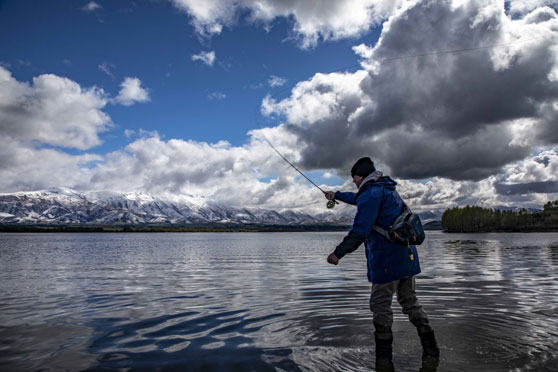 “Often overlooked in favour of the big rivers, the smaller rivers streams that are not subject to alpine rainfall are great choices for anglers to visit when heavy rain fills up rivers like the Rakaia and Waimakariri,” says North Canterbury acting manager Richard Cosgrove.

In the Central South Island region, despite early morning snowfalls, anglers were out in their dozens on Lake Opuha. Some anglers had caught their bag limit of four trout before lunchtime.

“On the West Coast, the majority of anglers who found some water that wasn’t too discoloured from recent rain were able to connect with a fish or two,” says West Coast Fish and Game officer Baylee Kersten.

“It’s fantastic how the opening of the fishing season has aligned with school holidays this year, all we need now is some nice weather to take the kids out,” Kersten says. 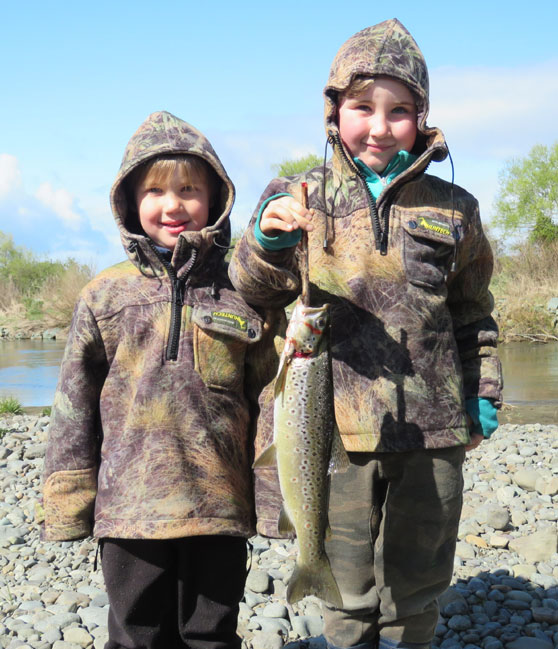 Rivers in the west and north of the Southland region were in great fishing order, especially for spin- and bait-fishing.

Fish and Game staff were ranging on the middle reaches of the Aparima River as well as the Oreti and Mavora Lakes.

There are two new pre-prepared squid baits on the market that are truly magic.... more >

This season sees the availability of the standalone Penn Pursuit lll rod and reel range...... more >

Caught by the captain and crew aboard Lanakai, the 425kg beast is already being called 'the catch of the decade'...... more > 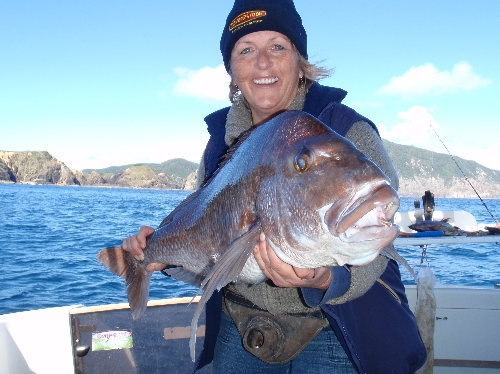