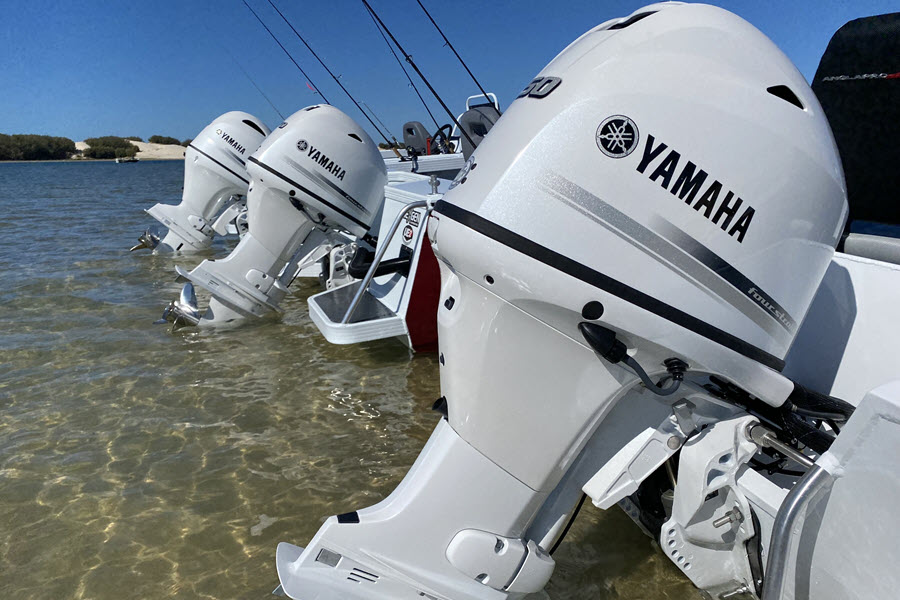 Yamaha NZ launched the #ImRePoweringWithYamaha competition in June, looking for one lucky boat owner to receive a new Yamaha four-stroke outboard motor rigged and installed on their boat for free.

With over 200 entries received and so many worthy Kiwi boaties in need of a new Yamaha four-stroke for their boat, Yamaha Marine NZ elected to up the ante and give away three motors.

Yamaha was overwhelmed with the number of submissions it received. “There were a lot of comedians in the mix, some heartfelt stories, and we loved viewing all of the submissions,” said Yamaha Motor New Zealand’s National Marine Manager, Richard Shaw.

Kiwi boaties had to create a video showing themselves and their boat while telling the Yamaha judging panel who they were, where they were from, and a bit about their boat and why they needed a Yamaha repower.

“Because we had so many entries, and it was hard to narrow it down to just one, we decided to not repower just one boat, but three!” Three Kiwi boaties will be back on the water in style this summer, thanks to the #ImRePoweringWithYamaha promotion which sees them with new Yamahas on their transoms.

One of the three winners to receive a new Yamaha four-stroke outboard was Aroha Te-Kahika of Palmerston North, who will get a repower of his vessel, enabling him to take his children out on the water with more reliability.

Josh Schroder of Turangi will receive a new Yamaha four-stroke for his five-metre Ramco so he can explore more of Lake Taupo with his young family without fear of needing to be towed home by the Coastguard.

One of the more memorable entries came from Swannanoa’s Anderson family. They will receive a new Yamaha 175hp four-stroke on the back of their Haines Hunter SF600 Sea A Saurus. The three young Anderson children are thrilled that their boat won’t embarrassingly smoke out the Picton marina anymore!

The three re-powers will begin at Yamaha dealerships in the coming weeks, with the process being captured via video as the craft are prepared for the summer boating season.