In his foreword, author Dave says if people are reading Three-O-Eight Fishing and hoping to hear about trophy fish, world records and fishing around the globe with rich and famous people, then they have chosen the wrong title.

“This book is about good times, funny times and a few bad times I have been lucky enough to have had during my years of fishing,” Dave says.

He has nailed it. To begin with, many of the anecdotes Dave relates happened on my home patch – Kawhia and the surrounding west coast. He also has the attitude of telling it how it is – his disclaimer points to this – “The things written in this book are the way they happened. There may be some swearing, or people or organisations are portrayed badly but as far as I am concerned that is the way it happened…”

Dave and wife Deb came from a hand-ons farming background and enjoyed their hunting, fishing, and the outdoor life in general, something shared with their family. Moving to a dry stock property at Te Anga, just south of Kawhia Harbour, created plenty of opportunities for them to get on the water. Eventually they set up a charter company – Three -O-Eight Fishing – running Cray Horse, a true 40ft walk-around which when it was purchased had a game chair in the bow.

With the farm sold, the Donalds could concentrate on their charter business and when there weren’t clients on board, Dave ranged far and wide from Westport all the way to the Three Kings.

It was with the charter business that Dave first confronted the marine bureaucracy, Maritime NZ in particular, and it didn’t always end well, especially for the shiny pants brigade.

But in the same brutally honest way he deals with officialdom, Dave is also critical of his own mistakes, as recalled in the chapter ‘Accidents and Collisions’. He sticks his hand up with regard to a number of misadventures including a high-speed grounding and close encounters with a Korean fishing boat and the New Zealand Navy.

Three ‘O’ Eight Fishing is a fun book, written in good humour and with a directness most anglers will appreciate .RRP $50.00 (Paperback) $70.00 (Hard Cover) 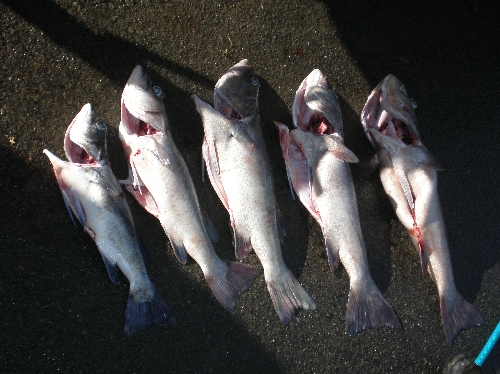 at last the groper i have only heard about - oamaru