The Price of Fish - at whatever the cost

The real cost of fishing under a Quota Management System (QMS) and New Zealand’s declining coastal fisheries under that QMS are just two of the issues confronted in a hard-hitting documentary ‘The Price of Fish’, which screened on Sunday the 26th of August on Three.

Documentary filmmaker Mike Bhana from Wild Film says the documentary explores how over the past 30 years the QMS has failed to protect our marine environment, and has led to falling fish stock numbers.

“I interviewed marine scientists, academics, Maori, environmental and advocacy groups, as well as commercial fishers and the message was clear and consistent. The QMS has failed all stakeholders, except for the handful of large commercial fish companies who control the system.

“There is compelling evidence that shows in other countries alternative systems are working well and positively benefiting recreational and commercial fishers alike, and which are creating more abundant coastal fisheries and increased marine biodiversity. It seems other countries have recognised the failings of the QMS and are addressing it. New Zealand remains in catch-up mode,” he says.

LegaSea spokesperson Sam Woolford says the documentary highlights the serious state of depletion our fisheries are in as a result of the QMS being implemented three decades ago.

“‘The Price of Fish’ exposes the QMS for what it is – a broken system that gifts a precious natural resource (fish), which is owned by all New Zealanders, to a select few to generate huge profits while small-scale operators and Iwi are left out in the cold. We need reform to the current fishery policy and that starts with scrapping the QMS.

“LegaSea has been highlighting its concerns around the QMS for years. In May of this year we presented our policy to government. Put simply, Rescue Fish means more fish in the sea.”

The reforms LegaSea has presented, many of which are highlighted in the documentary, are based around prioritising the health of New Zealand’s marine environment. The establishment of a new independent Authority to set catch limits, the sharing of governance between Maori and the Crown, and a new Fisheries Act to be established are just three of the reforms LegaSea has developed in conjunction with the New Zealand Sport Fishing Council, leading scientific researchers, marine scientists, economists and fisheries management specialists.

Council President Bob Gutsell adds, “We are also pushing for the banning of inshore bottom trawling and the implementation of monitoring systems and cameras on all commercial fishing vessels to validate catches and protect vulnerable species. These reforms are significant, but they’re needed in order to bring our coastal fisheries out of crisis.”

The documentary is available to view on 3now.
For more information on the Rescue Fish alternative policy to the QMS please click here.

The majority of this programming is ocean related including the highly acclaimed commercial fishing documentary “Tuna Cowboys.”

Mike and his company Wild Film specialise in South Pacific and New Zealand content including the National Geographic Asia television series Fish of the Day – a travel/fishing show screening in prime time in on National Geographic Asia as well as here in New Zealand on THREE. The series picked up a Gold Remi at the WorldFest International Film Festival for “Best Lifestyle TV Series”. Season 5 is currently in filming.

In late 2016, Mike worked as water cinematographer in New Zealand and China on Warner Bros feature film “The Meg” featuring leads Jason Statham and Li Bing Bing. MEG was released in 2018.
Mike has also worked on Discovery Shark Week shows for 2020 and has produced 28 films exclusively on Sharks over his career.

The Price of Fish is his latest offering, a film from the heart about an environment and subject that he relies on to ply his trade. 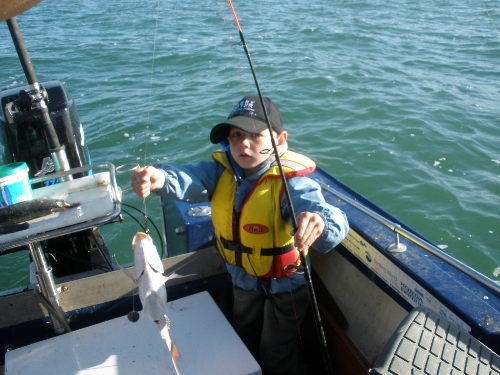